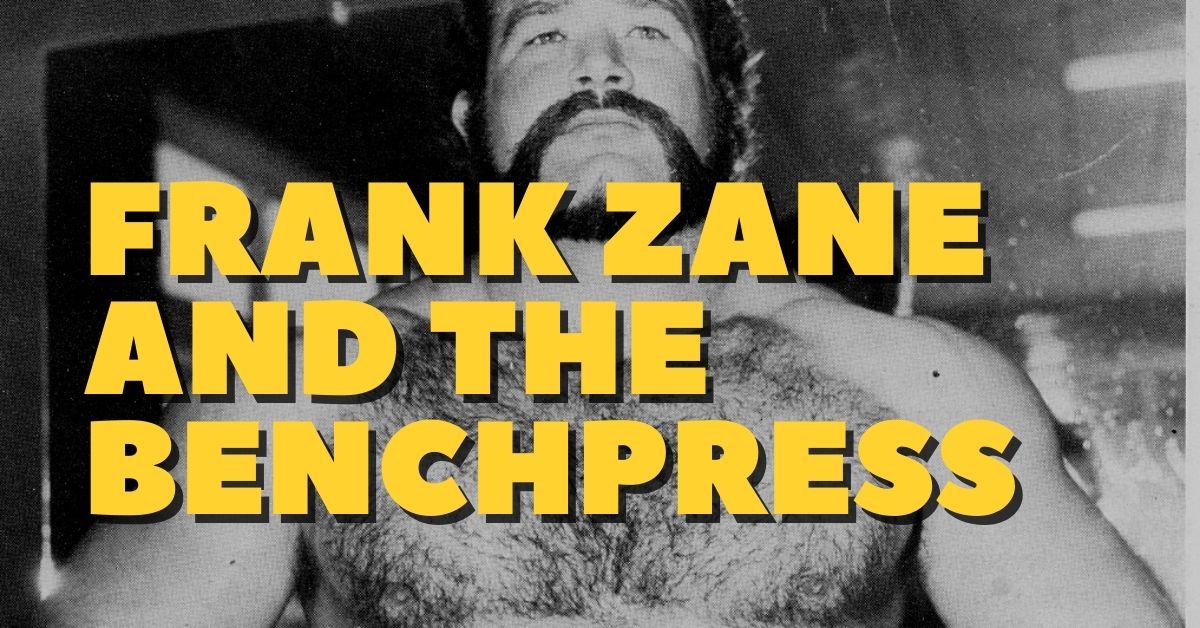 Doug Young: “I helped Larry Pacifico with his technique due to his shoulder pain. I also helped John Cole and Marv Phillips and FRANK ZANE trained with me to help him with his lifting technique.”

Doug Young: “95% of bodybuilders bench too high. The bar should be at least below the pecs. Start the descent in an arc so that the bar ends up below the chest. Keep the elbows close to the body but not too close, and descend with the same or more control that you use when pressing the bar up”

Doug Young: “I try to feel as if I am going to break my sternum at the bottom (with it) so that I feel (the tension) in my pecs andnot my shoulders. At first you cannot handle as much weight, but as you increase the poundage, it will make your delts, tri’s and pecs bigger.. Many people can’t believe that it does work. Train yourself and see.”

Dave Shaw (Powerlifter too) analyzed Doug’s technique too!
Shaw: “Doug did use a controlled method of lowering the bar, and I believe that while this style will thicken the chest and shoulders, the triceps may not thicken as much even though they will get stronger.”

“The training with Doug Young in 1979 definitely helped my thickness and size. I gained eight pounds of true muscle by working with Doug. I would also say that trainees usually use too wide of a grip. It does stress the pecs, but you will usually have injuries to show for it. Also, many trainees do not build up a good base before trying to use the heavy weights. It takes time to build up to that.”

note by neckberg: I didn’t post the full article. It’s just a short version. I picked up the conversation between Zane and Doug Young.