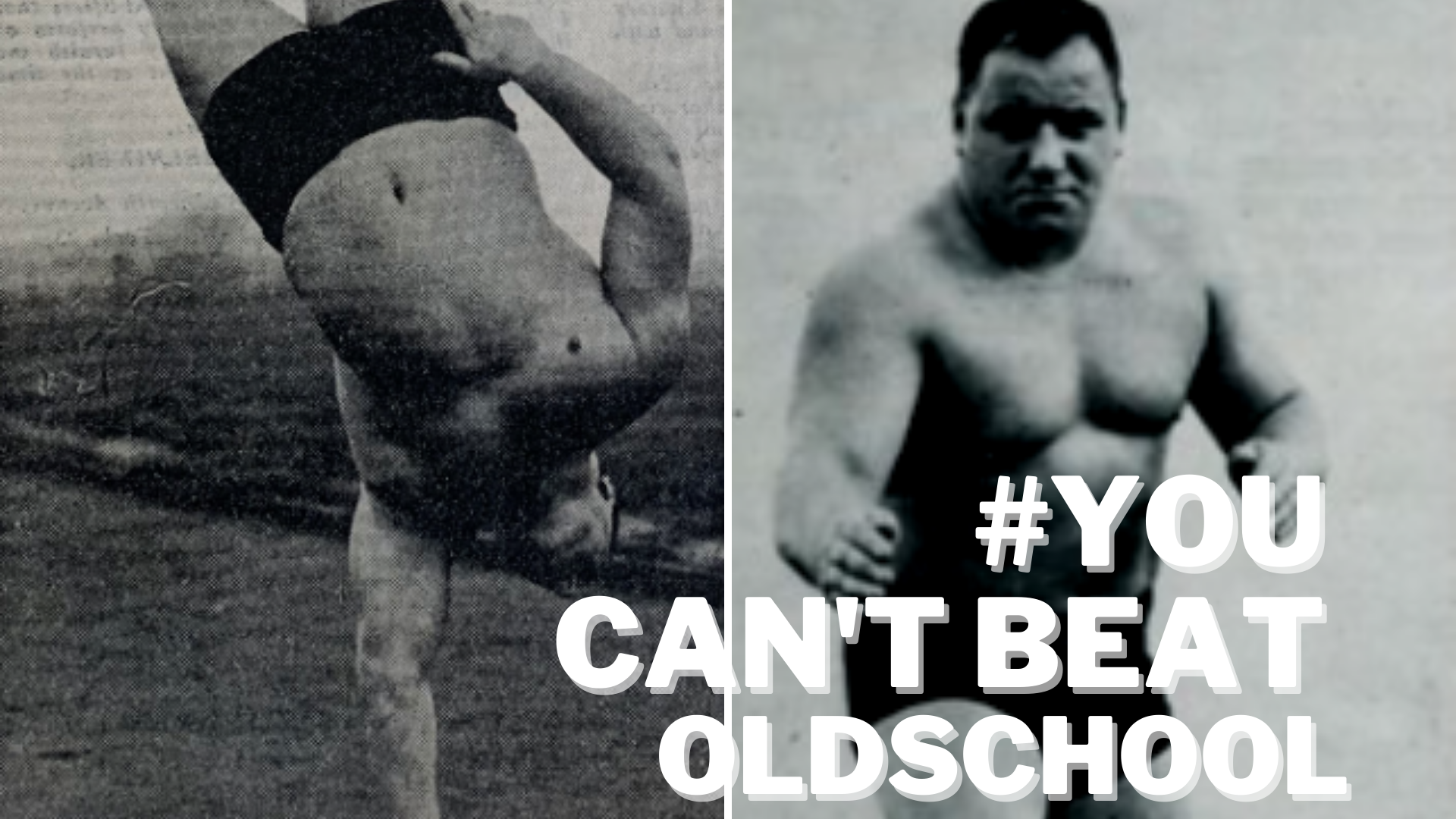 Bert Assirati can rightly claim to be one of the World’s Strongest Men as well as Britain’s Heavyweight Champion Professional Wrestler and a worthy contender for the World’s Title.

Owing to his name his nationality has been queried. To enlighten the sceptics, I will inform them that his grandparents were of Northern Italian stock. Both his father and mother were born in London, and Bert first saw light of day a stone’s throw from the Angel Islington.

From his early boyhood days his ambition was to be a “Strong Man.” He was a good listener to the stories I told him about the famous Eugen Sandow, Arthur Saxon and the other prominent strong men.

He delighted in the stories of Hackenschmidt, Gama, Yukio Tani and other famous wrestlers popular on these shores. And thus were sown the seeds – an ambition one day to emulate the Great Men.

So, at the age of twelve, he started training. In the beginning he juggled with any old weight or heavy object in an unorthodox fashion. He was (and still remains) his own trainer but always had a listening ear to those better informed in the Iron Game.

He came under the notice of Alan P. Mead, the famous physical culturist and muscle control expert, who saw great possibilities in the boy and generously presented him with an up-to-date barbell and dumb-bell set.

From that moment Bert never looked back, but continued in a more orthodox fashion weight – lifting, strand – pulling, muscle contracting and deep breathing, always working in a dour fashion and with perseverance.

About this time he joined the Ashdown Wrestling Club and laid a foundation for his later career. By the age of 17 he had built himself up and was a splendid speciment of early manhood. It was then he came in contact with a well- known professional acrobat called Mello.

They teamed up and toured the world as “Mello and Nello.” So, as well as being strong, Bert became a first-class acrobat. The experience gained stood him in good stead in his later wrestling career; he knows how to hit the floor and bouncec back without turning a hair.

Whilst touring on the stage he always sought local clubs where he could lift, wrestle and exercise according to the facilities afforded there. Breaking from Mello, he joined a troupe of wrestlers managed by Hack Carrol and Peter Gotz.

He improved tremendous under the expert tuition of these grand wrestlers and toured the country challenging all comers. Desiring to be a full – sized heavyweight, he specialised in barbell and dumbbell training, and built himself from 13st 9 lbs. to 16 stone.

A few years later he again specialised with this form of training, and went from 16 to 19 stone. During the past 12 or more years he has successfully beaten all opponents. He recently won a tournament at Harringay, London, which was open to all the world.

To-day he is ready to meet all comers – no one barred. Had he persevered as a “strong man” his career in that game would also have been assured. He has performed feats, both in public and private, that have astounded onlookers. Among his many feats are:

He is a great believer in open-air exercises and deep breathing, and is a sun – worshipper. He claims his strength was mainly built up with weight training. For light work he likes swimming, running and cycling.

His advice is: “Work hard at any form of training in which you are engaged, rest plenty and eat of the best foods attainable – such as meat, eggs, milk, fruit and vegetables. Don’t be a faddist, but eat as much as you can healthily digest.”

His motto – “I fear no man” – is no idle boast; yet all who know Bert can verify his extreme modesty and attitude of well-wishing towards his fellow-man, both in and out of the arena.