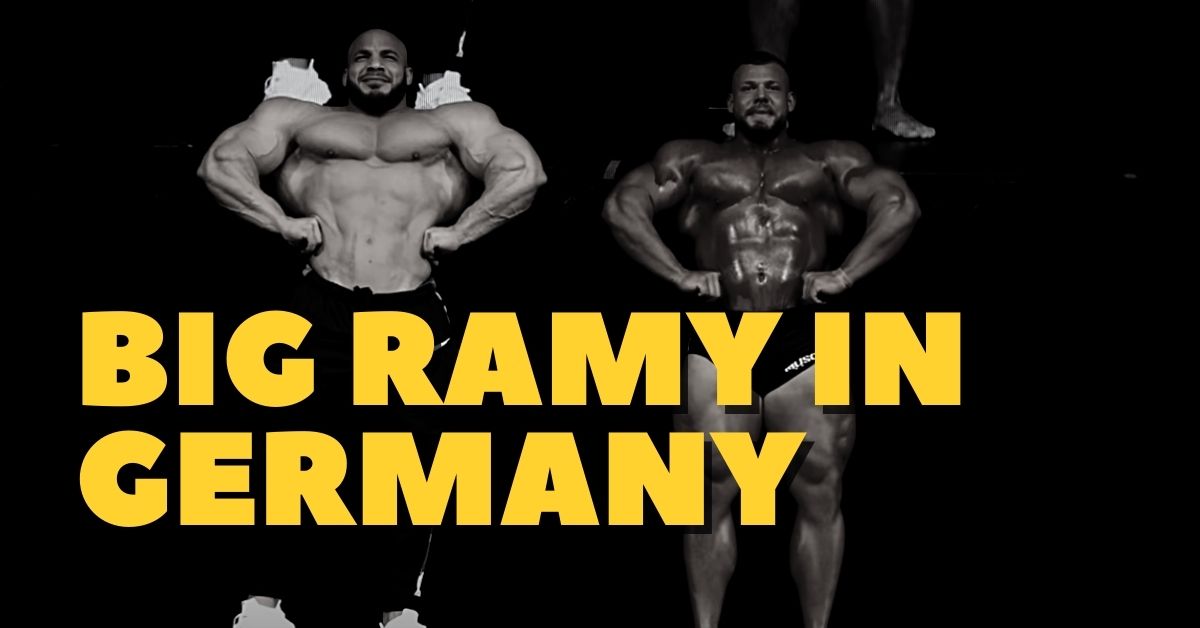 If you’d search for Big Ramy on Youtube, then you’ll find a clip (uploaded by repone.de) that went viral. It obtained 2.900.000 Views! What happened in Germany?

The Dennis James Classic 2019 was the biggest bodybuilding competition in Europe. Around 2.500 bodybuilding fans booked it and watched the whole show. It was a big success. [2]

After winning the Show he was interviewed. David Hoffman said: “The year 2019 wasn’t really great for me. I injured my back (herniated disk) and placed 11th at the Olympia IFBB, Classic but at the Yamamoto Pro Cup (Italy) I placed third and I was satisfied with my physique. [1]

Interviewer: “So Mr.Olympia was a failure, but at the Dennis James’ you were on point?”

David: “Ah,I would not say the Mr. Olympia was a failure, I don’t know about the Dennis James Classic..At first I’d to see the pictures to review my body. (…)”

Markus Ruhl helped Dennis James running the show, but he got a call from his wife. She told him that somebody broke into their house! [3], so he had to leave the competition: