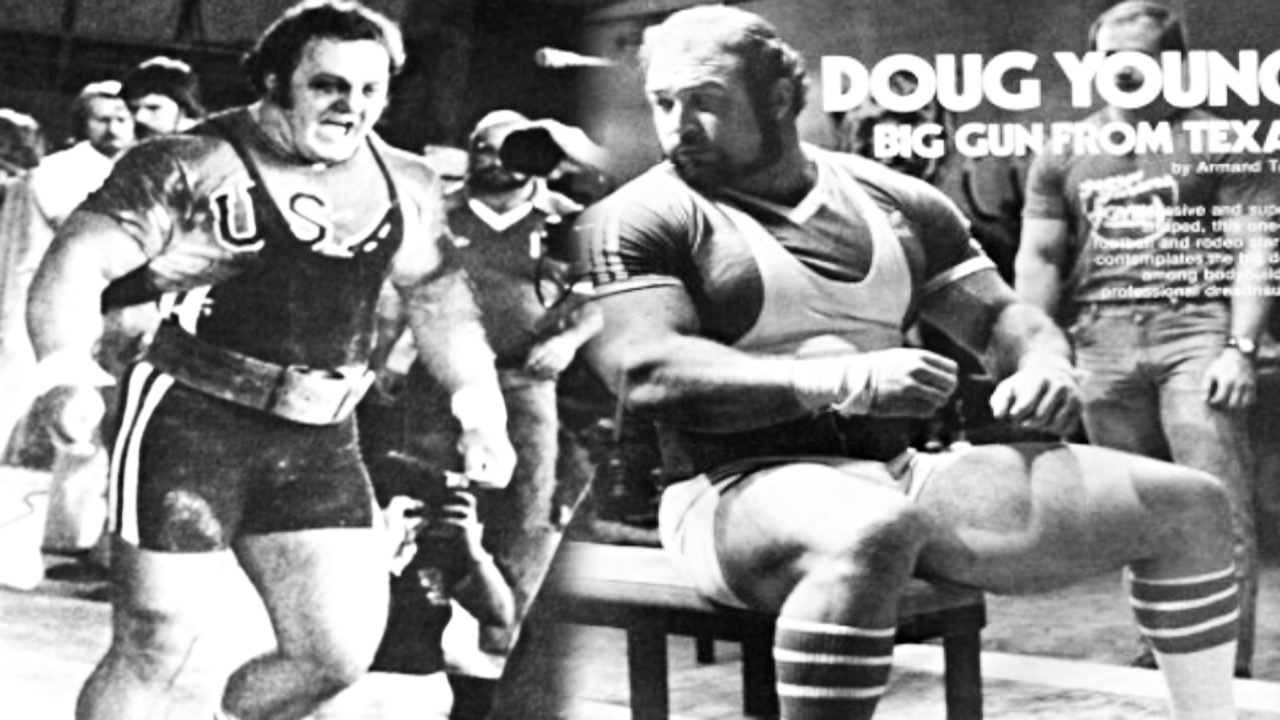 Somewhere around 1980,  there was a contest called the Strongbow Strongman Challenge. It was organized in London. The invitees included Bill Kazmaier, Larry Kidney, Ernie Hackett, Lars Hedlund and DOUG YOUNG (plus a few European lifters).

They were assembled to test their strength – On the clean and Jerk, Deadlift and two hands dumbbell press (for maximum repetitions with a pair of 120’s), in a contest televised by British tv and sponsored by Strongbow, Manufacturers of Alcoholic cider.

It was Oscar State (Long Time international Weightlifting secretary and television liason officer) who came up with the format in an attempt to combine the strength talents of the olympic lifting world and the twilight world of powerlifting.

Doyle Kenady and Paul Wrenn pulled out, Doyle through injury and Paul because of the memphis open, until it finally came down to the five american powerlifters. 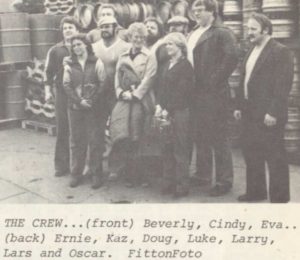 After arriving in London the group was transported to the “Seven Hills Hotel” in a small town called Codham, about 15 miles out of London and close to where the contest would be held at Woking in its new sports center.

The hotel was first class with excellent food and excellent service. The waiter approached Bill Kazmaier for his order.

Bill: “Six eggs and a jug of milk, please”
Requested Bill in his quiet congenial manner, as the waiter next turned to the compacted figure of Luke Lams

Luke: “Twelve Eggs and two jugs of milk, please”
Was Luke’s order, possibly thinking that if he out-ate Kaz then he possibly might out-lift him?

Bill laughed as the waiter said, “Yes sir, and how would you both like your eggs?”

“Oh, over easy, sunny side up, any way”, was Luke’s reply to the now confused waiter.

The waiter then took his final order off Terry Todd with a, “Yes, sir, and what would you like?”

“Well, I’d like a bowl of fresh fruit salad”, (it was not on the menu), “Three eggs, ham and tomato, please, oh yes, and a glas of iced tea to drink.”

The waiter’s pencil wavered over recording the order of iced tea.

“Iced Tea, was that Sir”, looking at Terry for confirmation of the strange order for England.

“Yes, that’s tea allowed to go cold, with ice cubes and a wedge of lemon, please”.

“Certainly Sir, and toast for all?: and after receiving nods all round retired to the kitchen.

The hotel and staff quickly grew accustomed to their more than averagely strange guests, with only a couple of eyebrows raised. The occasion that caused some consternation was when Doug Young and Luke Lams were walking from the dining room along the corridor and paused to admire a large potted plant.

“Yeh, probably make a nice smoke”,
Doug’s mind was working along its usual track, as these comments were being made two of the cleaning staff were passing and couldn’t help but over hear the plans for the possible demise of the leafy decorations, as one turned to the other and said,

“Did that bloke with a cap on say he was going to smoke our aspidistra?” 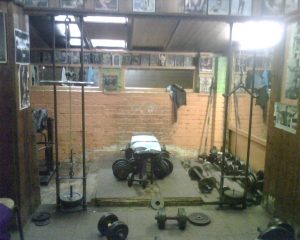 The days prior to the contest were spent either with publicity or promotional appearances or sight seeing in London, and training. One day a work out was taken at Wag Bennett’s Gym in forrest hill, a unique and interesting gym where most of the top bodybuilders have trained on their visits to London, including Arnold Schwarzenegger, Sergio Oliva, Franco Columbo and many more.

The gym has atmosphere and plenty of interesting equipment including the original famous sandow dumbell proudly on display. The walls were festooned with innumerable photographs of every bodybuilder imaginable dating back to the early years, and also a couple of excellent original pen drawings. Wag proved to be a most gracious host and seemed quite captivated by the uniquely muscular specimens around him. Before leaving Wag insisted on measuring a couple of the bigger arms of the bunch, saying he had measured most the biggest arms in the world, but admitted none had come up to the “cold” and relaxed measurements of Luke Iams and Bill Kazmaier. Bill’s taped 21 1/1 inches and Luke’s 22 1/2, while Bill won on forearm inches with 17 over 16 1/2 for Luke.

Luke Lams, 220lb he pressed the bar just passed his head and a clear lock out

Doug Young also toyed with the weight as one would expect with his incredible upper body strength.

The bar increased to 275 for Larry Kidney’s first platform appearance. He convinced many present that without style olympic Lifting is even more impressive as done by powerlifters.

Bill Kazmaier and came out with 281lb and made it.

Luke and Doug Young were again next up with the game choice of weight at 297lb. This time the british crowd sampled Luke’ psyching routine and also a unique clean, which gave the first impression that referrring was not going to be too adherent to the established rules.

Doug Young made the 297lb with as much as ease as his previous one and was enjoying the effect his hugely developed deltoids had on getting a bar airbone.

Bill Kazmaier tried 330lb. Clamped the bear paws around the bar and muscled it up again with ridiculous ease.

Doug Young missed his final attempt of 341lb on the same score as Luke and Larry.

Lars Hedlund wasted no time on the platform, powering 352lb up in seconds flat and leaving it at that as a pain developed in his arm.

Ernie Hackett tried 369 and made it. Then 391lb but lost the grove. 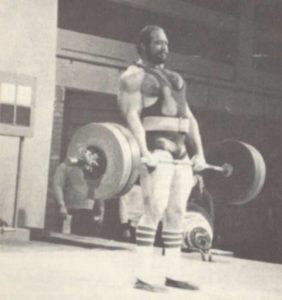 Doug Young was especially impressive considering he had only had three deadlift workouts in seven months and was really still testing his biceps surgery.

Lars Hedlund recorded a personal best of 750lb for which he was so tuned in he failed to hear all the shouts from the officials trying to stop the attempt as he was out of order. He wanted 750lb and he pulled it good.

The highest deadlift belonged to Bill Kazmaier. Bill opened with 660lb. Next 744lb and then a strong 837lb. At this time he highest lift ever seen in Britain. 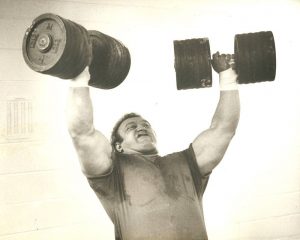 The rules that had been established for this test of strength were that the dumbells could be cleaned in any fashion and with part of the dumbell touching the shoulders they should be pressed to lock out for as many repetitions as possible..

Luke was not able to press the dumbells and he retired from the contest.

Bill Kazmaier succeeded with 17 before slightly losing his balance and decided he’d done quite sufficient to win the contest.