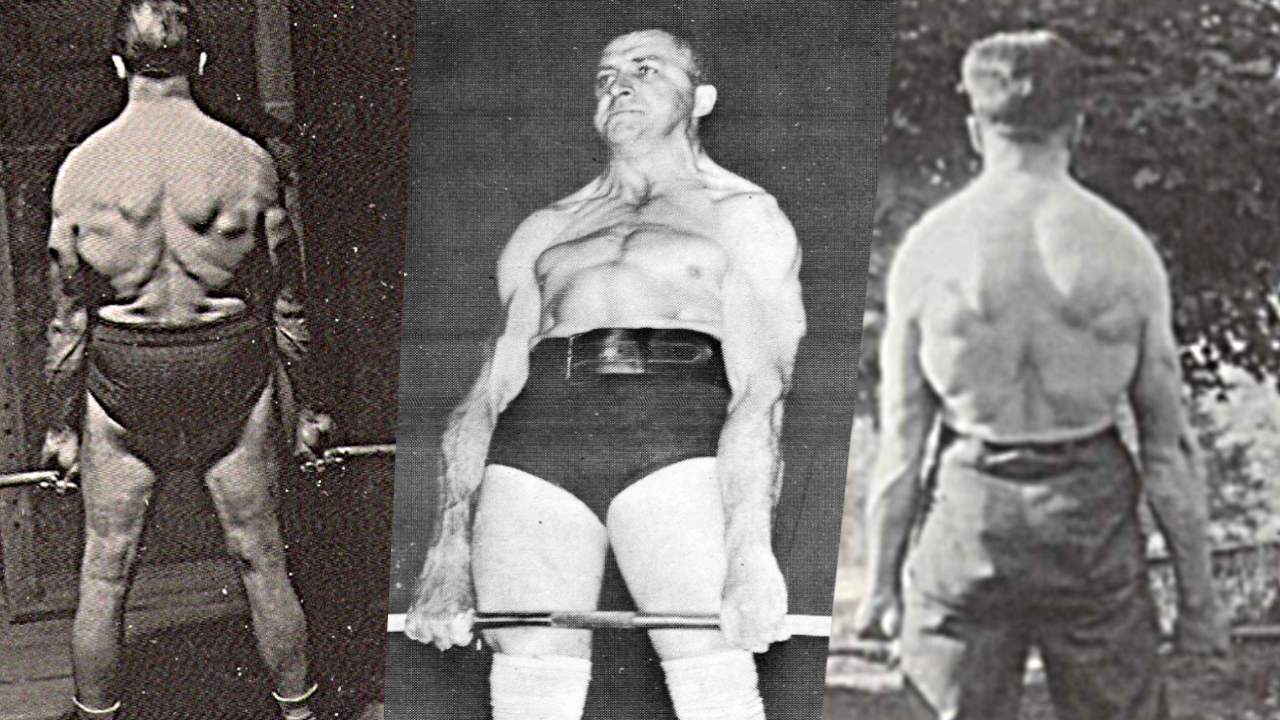 Bob Peoples was a farmer, deadlift-record-holder and a great innovative thinker. This guy invented the power rack, straps, safety bar and leg press.

He was a country man. John Robert “Bob” Peoples was born in 21 August, 1910 in Tennessee, the state of great lifters and legends. For example Paul Anderson. He was an olympic gold medalist and a world champion. Another legend from Tennessee Davy Crockett! 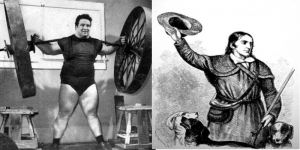 Bob lived in Carter County. He was married for 53 years to the former Juanita Wills, who was elementary and junior teacher for 32 years. They have a daughter and two granddaughters. 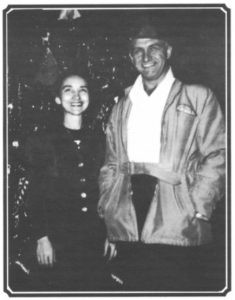 The beginnings of all things are small. Every novice lifter had the desire to change something. To work on oneself in order to get closer to one’s goal. Bob had several role models and goals.

“I admired men of great strength and prowess, especially my father who had great strength. I started lifting his 50-pound dumbbell and anything else that provided me with some resistance. I admired Jack Dempsey for his great strength as a fighter and his ability as a boxer” – Bob Peoples 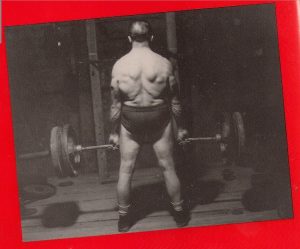 Bob’s Family was strong. His uncles and grandfathers were robust men. They have got a strong and aggressive back, which were able to stand a hard day’s work and still have energy left for rough sports like boxing, wrestling and football. That is Bob Peoples Back.

Bob Peoples’ deadlift world record stood for over 25 years! At the front you will probably think he is skinny. But if you would watch him at the side angle or back angle you will see and admire his tremendous back. He had the body structure for deadlifting. Long arms short waisted made for a shorter pull. He was a country man brought up on hard work around the farm so he was primed for the heavy lifting!! Other lifters have huge chest or biceps but Bob had a thick back! Especially his rhomboids are tremendous.

Bob People’s lifting career
Bob started training with his father’s 50 pound dumbbell at the age of 9. When Bob was 15 he bought a strength program called “Burns course Of Training” and he followed this training program for 3 years. Bob was a subscriber of “Strength Magazine”. This Magazine contains a lot of pages about strength, olympic lifts and power movements. At the age of 18 he had become very interested in the Deadlift.

Home Gym aka. The Dungeon 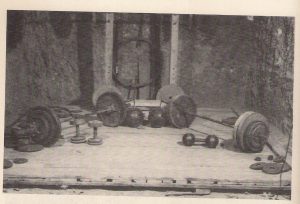 Bob received no money for his effort so he was not able to buy high tech crossfit devices. He was a man and built his own equipment. Bob build his own home-gym in the cellar of his farmhouse. His “home-gym” was referred to as “The Dungeon”.

Kidney Operation
A serious Illness, which resulted in a major operation, seemed to put an abrupt end to his career. In fort Oglethorpe, Georgia Induction Center after several days of medical examinations it was discovered that a kidney tube was obstructed. He had to undergo an operation. The incision was about 18 inches long, reaching from the center of the back to just below the front center of the lower rib. According to Dr. Oschner, Bob was not allowed to lift anymore heavy weights. But he did not stop lifting. After six weeks Bob did a little light work and Bod’s body had stand the weight without problems. Then he started putting more and more weights on the barbell and had broken many records.

On December 1947, he deadlifted 710lb/322kg. “Pudgy” Stockton (famous female bodybuilder) was billed as the headline but after Bob deadlifted 710 pounds she was pushed back into the background. Bob was a famous lifter and personality in his home-country. If you had lived in the 20th century Tennessee and asked strangers about Bob Peoples, they would have spoken highly of him. 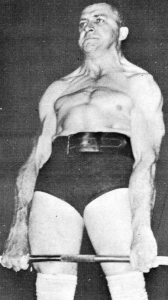 Bob Hise who witnessed personally Bob Peoples lifting the legendary 725LBS , he said : “What an opportunity – that of being able to perform before an enthusiastic hometown crowd. A hush fell over the Johnson City Auditorium as Bob approached the bar with a yell from an old Tennessee Mountaineer, “That’s our man – come on Bob, I know ye can lift that dang weight!”

It seemed like an eternity before the barbell left the floor. Up, up it went and with a final heave mighty Bob Peoples stood erect to one of the most thunderous applauses that I ever heard. The lifter weighed 181 pounds and the weight scaled 725 ¾ pounds. 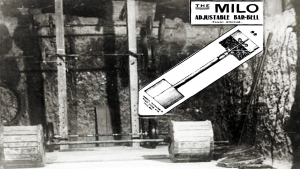 Bob received no money for his effort so he was not able to buy high tech crossfit devices. He was a man and built his own equipment. Bob People’s first weightlifting apparatus was made with a bar or pipe and some wooden drums on the end. He put weights (for example rocks) through a hole in the top..He did some Deadlifts with this apparatus or clean and jerk. Later he purchased a 225Lbs Milo Duplex Barbell. 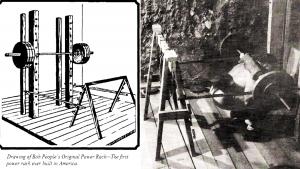 To increase his strength and power Bob began his revolutionary experiments with the prototype of what we have come to call the Power rack. He had setted up two posts in the ground. The Uprights or posts were made of hardwood. He bored holes through them. Bolts could be inserted in these holes to hold the weights. He also bored holes into the posts sides, into which he inserted pins to support pipes or bars with the other ends of these pipes on a horse apparatus.

Excersice for the powerrack that he used:
Deep knee bends, half knee bends, quarter squats, dead lifts, half – dead lifts, isometric and isotonic, good morning, all forms of pressing curling and becnh pressing. 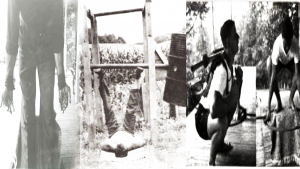 He also built a ring bar (hex bar)…a large ring of steel to which he fastened two short bars (one on each side) on which he could load plates. He would stand inside the ring on a box and do lifts from a very low position, going into a full squat and bent over position. He invented a yoke bar. This allows the lifter to free his hands and lowers the pressure on the spine. He also invented Straps and a Leg press. He was truly a innovative thinker. He used a thick pipe with oil drums at the end and used to train outdoor on their farm to get fresh air when the weather permits.

There was a creek in front of his house and Bob had loaded up his barrels, take them off the racks and walked across the swaying bridge, turned around, walked back across and placed the weight on the supports.

Bob Peoples (excerption from his book): “For some time I trained rather irregular on the five lifts, the deadlift and squat, as well as some strength stunts and played a year of football in college. Eventually, I began keeping notes and records of my lifting and training. The first of these is dated November 1, 1935…”

His wife Juanita told often this story: “Bob would get so angry with himself because he wasn’t progressing that he would actually carry his weights from the dungeon and throw them down the hill – swearing never to lift again. A few days later he would lug all the weights up and back to the dungeon and train harder than ever.”

Bob Peoples died on June 19, 1992.
Bob was a Power Lifter with character. He was advocated of instinctive training and worked his balls off. He never said: “I’m taking it easy today, my CNS is wasted”. Bob worked in a rayon mill changing shifts every week. He was a member of the Johnson County Road Commission, farmed, and still trained many times at 2 a.m. after he finished his evening shift of work and had a bite to eat.