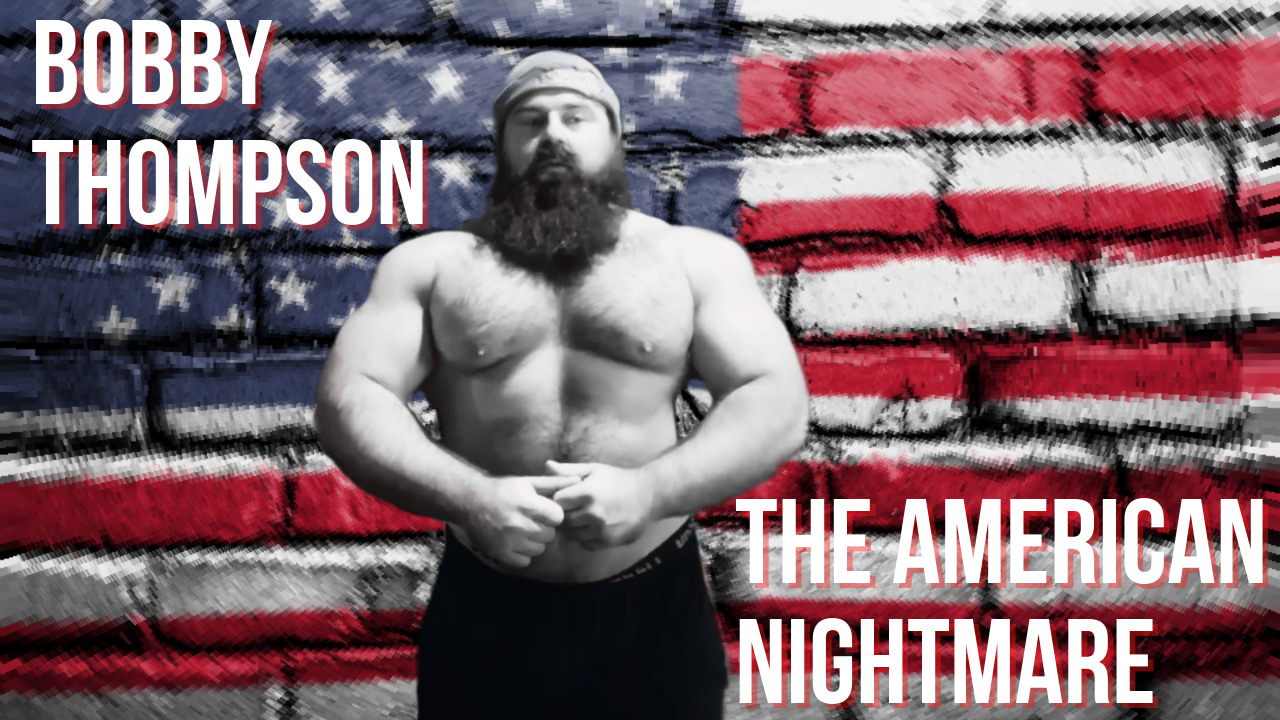 On April 30, 2021, Bobby Thompson broke the American Log Press record with a 478.5 lb or 217.5 kilo effort at the Cash at the Coast Strongman Competition. This press broke the American record that was set last summer by Rob Kearney, who pressed the weight on ESPN for a great deal of publicity. Rob was at this contest to cheer on Bobby and can been seen online personally congratulating Bobby after his well earned record on the huge Slater log. After a sincere hug from Rob, Bobby embraces his father who was at the contest!

Laurence “Big Loz” posted a phenomenal video on his YouTube channel of this record. Unlike some presses, which are made by strongmen with the Olympic lifting jerk style, Bobby strictly locked out the weight- fighting the log every inch of the way over head with deltoid and tricep strength.

Bobby Thompson was recently interviewed by Big Loz for his YouTube channel and he described his meteoritic rise in strongman as taking approximately 5 years from winning his first local show, to winning the 2019 Arnold Amateur Championship, then earning his invite to the 2020 World Strongest Man. Bobby described that he graduated high school at 6’1” and 265lbs with abs, stating confidently that he was anything but a hard gainer.

The podcast with Loz was done a short time after Thompson had returned from a stellar showing at the 2021 World Ultimate Strongman in Bahrain, Bobby said on the podcast that he was going to break the American Log Press Record in a matter of weeks and he did just that!

Bobby said he does not envision himself winning multiple World Strongest Man contests, but he plans on winning one World Strongest Man Contest, one Arnold Classic Strongman Contest then winning the CrossFit Games Open Championship! Thompson confidently states that he has trained CrossFit style and always included conditioning in his workouts. Bobby flatly stated that he wants to achieve goals that no one else has. If someone else has achieved a goal, Bobby is not excited about pursuing that goal.

Bobby did not specifically name his training style, he confidently stated how he does not do the competition lifts or weights prior to a contest. Thompson described how he trains to build his strength without burning out or stifling his strength gains by over working any strongman competition lifts. Big Loz did not ask for more specifics about Bobby’s training, which I wished he did.

At the 2020 Arnold Professional Strongman Classic in Columbus, Ohio, Bobby pulled 926lb in the Elephant Bar Deadlift, which resulted in a 4th place finish for that event.
When interviewed at the 2020 WSM, Thompson described how as his strongman career has improved, so has every aspect of his life. When he started strongman he was a struggling new father who was dirt poor and lacked direction.
Bobby gave current WSM Oleski Novikov the highest praise as a smart and tenacious competitor who owns some event like the dumbbell press.

On February 4, 2021, a YouTube Channel called Hungersmash Fitness published an interview with Bobby Thompson. This content attributes the nickname The American Nightmare to Thompson.

Thompson described on the podcast that he trained for many years without ever using any type of straps in training. This gave him a fantastic grip. It was not until Bobby hired is first strongman coach, which he did not name, that he was programmed to train with straps- after his coach showed him how to put the straps on correctly.
Bobby claimed his favorite event was a three way tie between farmers walk, log press, and any deadlift. Thompson quipped that he is good at heavy events because he is “too stupid to quit.”

On this podcast, Bobby described how he probably had Covid 19 in December 2019, lost a ton of weight before the Arnold for him as he could not eat. As of this podcast in early 2021, Bobby said his stomach is still not right since his illness. I am happy to report that from his performance last week with the record log press, Bobby looks well on his way to being in peak shape for the WSM 2021 in Sacramento, California in June.