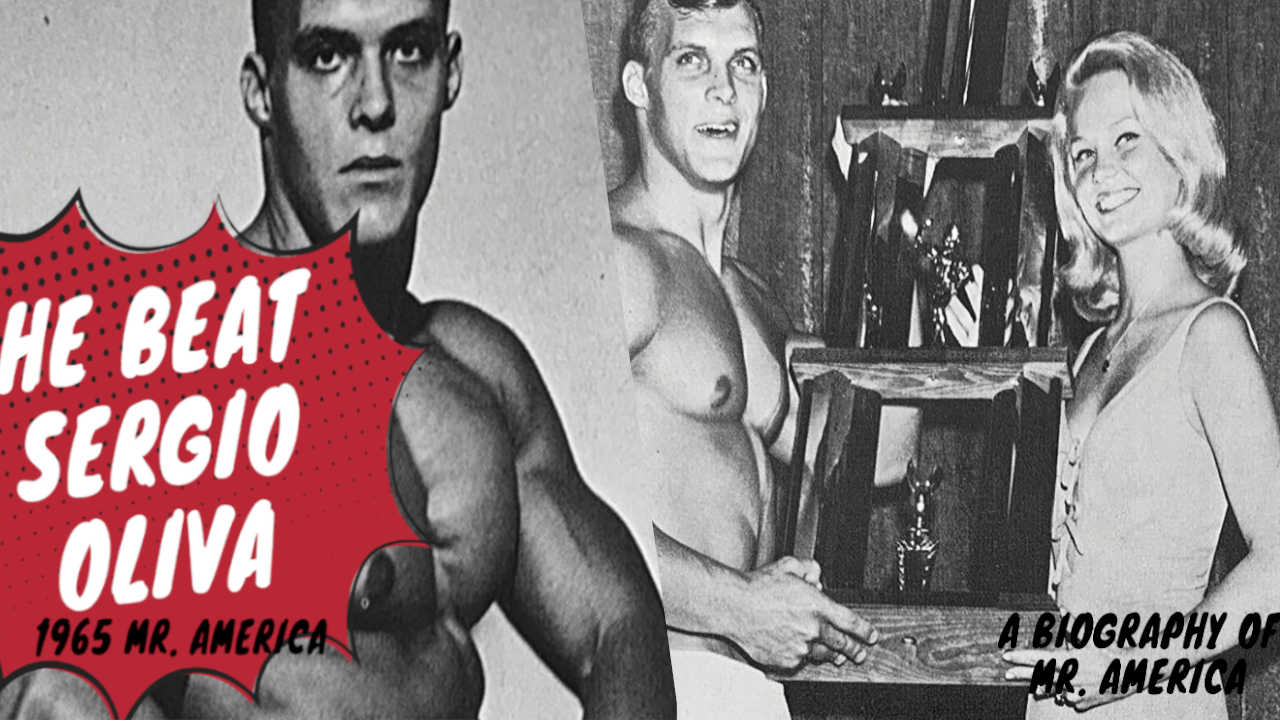 Jerry Daniels’ story begins in October of 1960. He was a sophomore in high school and had just finished the 1960 football season when he found out that his coach, Charles Pruitt of Lakeview High School in Rossville, Georgia, was trying to get some of the football players to begin working out with weights during the off season. He asked him about his training program and the coach told him of the benefits in sports he would receive.

This encouraged Jerry Daniels to want to gain weight and try to improve himself for the upcoming year. Immediately after school that afternoon he went over to the Colonial Health Studios in Chattanooga, Tennessee, and talked to Dave Collier, who is the manager, and that night Jerry went home and talked to his Dad. At first he was reluctant to give him the money, but Jerry told him he would work hard and tries to pay the money back in the summer. He finally gave in and started working out about a week later. 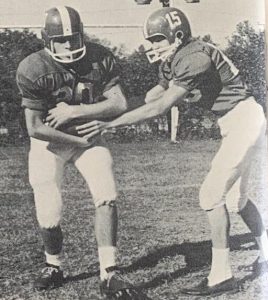 During the fifth game of his senior year, he broke his right leg and was unable to play the rest of the regular season. Trying to stay in shape, he worked out while the cast was still on his leg. After the cast was removed he started to train harder than ever and by the time of the annual County-City All Star game he had gained up to 195 pounds. Prior to this game he had trained every other day and ran on the days between his weight training days. He went into this game not knowing how he could handle the weight he had gained over the past nine months, but to his surprise his speed had increased more than he ever thought possible.

He was able to gain 95 yards on one run and he had several runs of 25 to 35 yards, so he figured that the past nine months of weight training had helped him more than anything he had previously done.

He had scholarship offers due to his performance in this game and he accepted an offer from Georgia Tech. They sent him to a Military School in South Georgia for post-graduate work, but he was forced to quit the Military School after football season.

He started working out again in November of 1962 and the following summer (July, 1963) he entered the Teen-age Mr. America contest which he won. This inspired him to try and reach the top. He trained hard during 1964 with the hopes of winning the 1964 Junior Mr. America title.

However, he placed sixth. He just wasn’t good enough. Not being satisfied with his showing, he decided to change his workout routine. 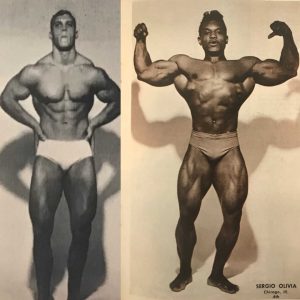 After winning the Junior title he had a decision to make – whether or not to go Los Angeles for the Mr. America contest. He decided that he might as well go, but for experience sake more than any other reason.

When he got to Los Angeles and saw his competition he said to himself, “I don’t know how in the world I can expect to even place much less win.”

He is glad that he made the decision to go. When they started calling out the winners, he was sitting backstage talking with one of the contestants and the body that was in charge of the contestants told him to get his robe off and get ready to go out.

Jerry Daniels asked him why and he said, “Don’t ask question, just get your robe off and get ready to go out.”

When they called out his name as the winner,  it felt like his blood just stopped running through his veins. Ever since he started working with weights he had dreamed of winning the Mr. America title, but he never thought it could happen so soon. 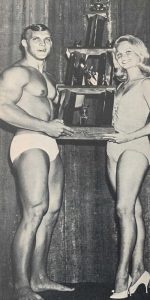 Jerry Daniels: “I am thankful for winning, but I am more thankful for the warm congratulations I received from so many wonderful people.”