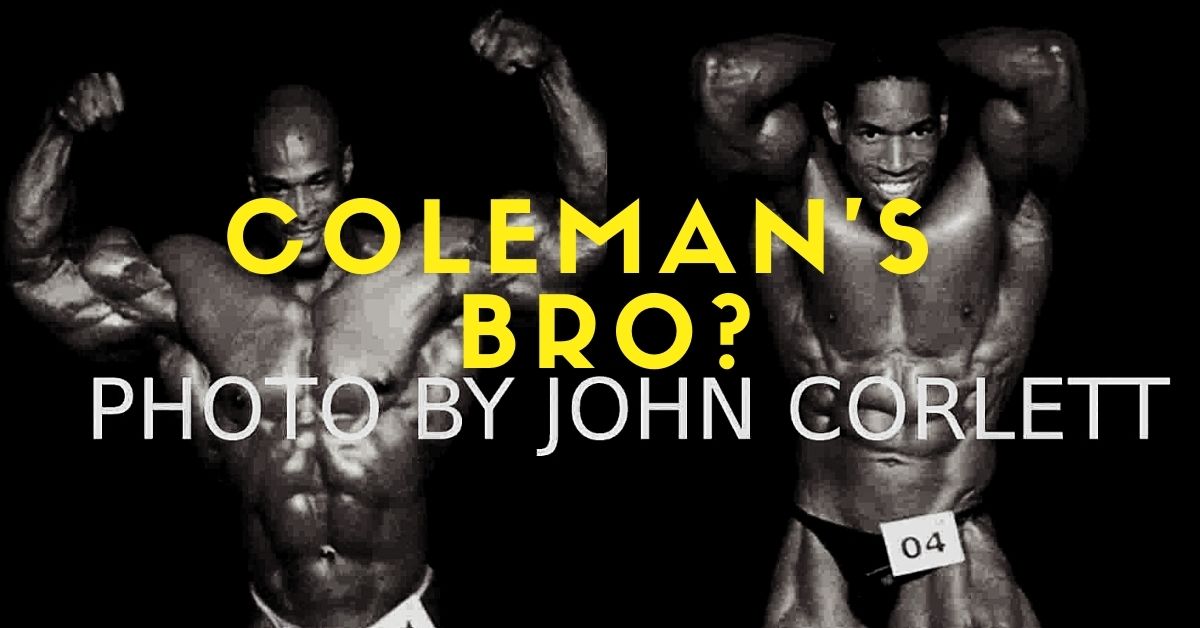 I know it’s unbelievable but it seems Ronnie Coleman has a twin or  a “lost” brother: Ron Coleman (not Ronnie Coleman). Both have the same last name and their first names seems to be very similiar.And to be honest they faces seems to be similiar also. But after researching they are not related (genetically).

John Corlett is a bb-photograph and was there at the event. He wrote the following:
“It is Ron Coleman, not the current Mr. Olympia, but the “other” Ron Coleman who was prominently featured in Muscular Development during its all-natural years. Both Colemans competed in the San Francisco Pro show on May 2, 1998 where I took the photo.

The “other” Ron Coleman today is Director of National Promotions for USA Sports LLC. This company evidently markets some of the same products as Bob O’Leary’s old “Boss” company. Bob and his wife were also there. Ron told me that Bob is an investor/consultant for USA Sports. Today Ron lives in Arizona. Skip lives in one of the East Bay communities(of the San Francisco Bay).”