Bouncing and Security Work – A Job For Muscle Heads 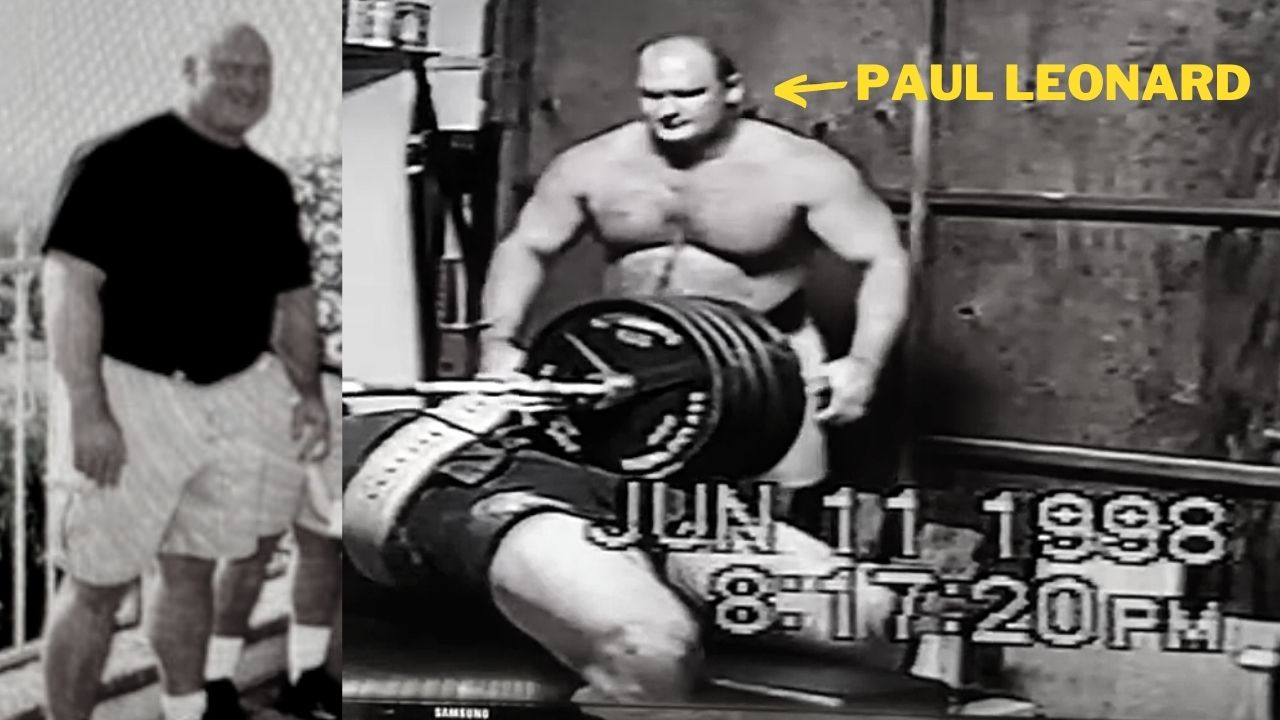 If you are a muscle head or a large mammal, at one point In your life you probably were a bouncer or did security in some form or another. As I wrote in my piece about Venice Beach, Arnold’s Restaurant, Schatzi on Main had numerous huge guys standing around at all times. I saw Michael Clarke Duncan and a man named Bingo Binh who was about 5’ 5” and 270 with huge arms and legs, well over 20 and 30” respectively. They wore these flashy red Hawaiian shirts. The idea of having security at a brunch restaurant may be ridiculous to some but Arnold knew to give back to bodybuilders who needed to earn money but also needed time to train, eat and rest in pursuit of their bodybuilding goals.

I love to read about classic bodybuilders from the Golden Era of the early 1970s and many of those bodybuilders would be bouncers at night club and restaurants in Southern California.

Jon Cole, the holder of the greatest super total, the combined powerlifts and Olympic lifts, was a bouncer at the famous JD’s Nightclub in Scottsdale while he was a strength legend. JD’s was a double decker building with the capacity to hold 3000 patrons. Many of Jon’s Thorbeckes Powerlifting teammates helped him keep the peace. When my friend and esteemed Powerlifting USA author profiled Jon for his 1994 PLUSA cover story, he detailed how Jon would leave many a trouble maker comatose by striking them quickly and effectively. If you see any footage, such as on my Instagram, of Jon benching 580 raw, you get the idea of how strong and explosive he was.

In 2005, I got to interview Jon’s long time training partner, Marv Allen, in San Antonio. Marv confirmed to me that Jon was not to be fucked with as he once saw Jon split a jerks jaw open after he suffered from road rage and tried to accost Jon in his car.

One of the strongest men who did not win the World’s Strongest Man Contest, Riku Kiri of Finland, was reportedly a bouncer of reknown in his home country and described as such to Milo Magazine when they profiled him in the mid 1990s. There are YouTube videos that show Riku benching over 600 raw easily, so one can imagine his power. Riku was an excellent deadlifter as well, in accordance with Finnish tradition.

When I started college I needed a part time job so I met businesswoman Hope Halloran, a video store owner and landlord of multiple properties in Boston. The video store clerking was easy and funny- almost ten years before the movie Clerks came out. It never offered me any excitement- but Hope’s landlord status did.

I am sure it was quasi legal, but Hope would change the locks on tenants behind in their rent and then pay me two 100 dollar bills to clean out the apartment. I would grab one of my buddies and we would do these usually on Friday morning as we usually had no Friday classes. The mission was simple, enter the apartment and place all of the possessions on the curb and clean up the place by throwing out any trash. Hope had cleaning ladies who would do the deep clean, and if you have ever trained at my gym, you know cleaning-either a Barbell or the gym, is not my strong suit.

Picture myself and my training partner- a 400 lb raw teenage bench presser and myself in our eviction attire ready to do the deal. We still had our State of Massachusetts Jumpsuits from our summer hack job of allegedly cleaning public rest stops, with combat boots and cleaning gloves, with bandannas over our nose due to the impending stank. It was as if Ghostbusters and the cast of the original Road Warrior had a baby.

Armed with garbage bags, brooms, and a boom box we would start early after breakfast number 1. 95% of the time we did the dirty work and had no issues. A few times the ousted tenants would show up and take umbrage with their status. I was in one room of an apartment on the second floor when I heard commotion over the Run DMC we were working to. As I turned around a large gentleman was climbing through the window and letting me know I was a dead man. At the time I was studying American Style Taekwondo at a Dojo whose motto was: “As an American, You Have Rights, You Also Have Lefts, Learn To Apply both as no one is coming to save you.”

I was 6’2” and 240- as well as not about to let this enraged man take his life’s poor status out on me. He said I was a dead mother fucker, but I am here writing this so, you can assume it worked out. I handled my business as Mike Beltran says and was joined mid conflict by my boy who helped me apply the Boston homecoming we were familiar with having both traversed the city since we were pre-teens. Food never tasted so good at breakfast number two on a day and when we had to fight for milk like Cinderella Man, Jim Braddock.

As soon as I got of legal drinking age, I added bouncer to my resume. I was a criminal justice major and had a goal of competing at the Collegiate National Powerlifting Championships, so I did not want to bounce at any of the bucket of blood established that were all over the Boston landscape. Picallilis was a bar located inside a Holiday Inn about a mile from my gym. I knew everyone in town and I had a lot of fun keeping the peace as we would have 4 bouncers for the 200 capacity bar.

One Friday night I looked up from my post at the front desk and saw 50 men all as tall and many taller and bigger than me. It was the Seattle Seahawks who were in town to play the Patriots that Sunday. No one caused any issues and the group left before midnight- probably due to curfew.

At times, the hotel would host events in one of its function rooms, that we as the bar staff would work at. There was no MMA in the 80s and boxing was a male dominated sport. The bar promoted a “foxy boxing” card in which women boxed.

I was back stage if you will saw that all of the competitors were more interested in their outfits and appearance, except for one girl. She had a USMC tattoo on her shoulder and knew how to fight and punch. When the bouts started she kicked everyone’s ass! I am old fashioned and did not like seeing ladies get punched- but they signed up.

At that same bar, I saw a woman knock a man on his ass with an elbow shot. I rarely worked the Sunday night “singles mingle” parties they had , but I did that night and saw the 40 something year old gal knock some 60 something year old man try to lean in to talk to her from behind. I picked him up from the floor and dusted him off. I made her leave as she over reacted to a guy who was hard of hearing.

I would often find ways to trade drinks for food in the restaurant’s kitchen as one of the cooks was an alcoholic. I would bring him almost full drinks that people abandoned- a common occurrence at happy hours with the post workday crowd. All you could eat steak and jumbo shrimp was usually my reward for wetting that guys whistle.

I had a lot of fun bouncing and met a lot of interesting people and pretty girls. I never got into any confrontation with anyone I couldn’t handle. I treated people with respect and never bullied anyone. One of the guys I worked with there, Big Ronnie, was a bartender but would function as a bouncer if none of us were there yet. He removed an unruly drunk once, who came back with three friends armed with baseball bats and beat Ronnie up pretty bad. I stopped bouncing when I was 23 and moved to California.

The biggest bouncer I ever saw was at the Quiet Cannon in Montebello California. This gentleman was 7’ and 400 lbs of large mammal. He didn’t look like he lifted but he was a massive young man. In 2000, I went to the Country Music Awards event at Universal Studios and I saw the Professional Wrestler the Big Show in Person. He was well over 7 feet and 450 lbs at least- the biggest human I ever saw in person.

In California, the first time I saw Mike Ohearn was in 1993 when he was working the door at a Nightclub called H20 in Manhattan Beach. I did not talk to Mike as I was there with my roommate to celebrate Royce Gracie’s win the previous weekend at the first Ultimate Fighting Championship. My roommate took Jiu Jitsu at that time.

I used to read MuscleMag International and see a bodybuilder named Justin Brooks in there all time. I met him in Las Vegas in 2002 as he was working as a bouncer at Jaguars, the high end strip club. Justin was big and so were many of his co workers, whom I did not recognize.

When I lived in Chatsworth California, my roommates and I- both big strong guys, went to a small neighborhood bar called the Candy Cat for a few beers and laughs. This place had two tiny stages where really pretty top less girls danced for the patrons. We started talking and trying to make time with the ladies- telling them that we should be their security. They assured us they had that covered and within an hour a group of about 20 of the biggest Hells Angels I have seen walked in to their spot. Check please!

If you are well built and like people, bouncing or security work may be for you. Fortunately when I did that stuff no one carried a phone or a camera everywhere. When I bounced, I did the latest nights when I did not have any major or important competitions coming up. I was on my feet for long days and nights and I believe this built up a strength in my lower extremities that helped me in strongman contests later down the line.