Here’s a great article about the transformation of golden era bodybuilder ‘Boyer Coe’. Use the great tag-system below and click ‘Boyer Coe’ for more articles related to Boyer! Mr. Berg

“This it it!!! The real lowdown on how I decided to win the Mr. America title at 15 and finally succeeded in doing it at 22. As far back as I can remember I’ve always had the desire to be big and strong.

My father being an outstanding athlete in both football and boxing while in high school encouraged me to further my desire. He was never one to push me into things but whenever I showed an interest in something he was always there to lend a helping hand. 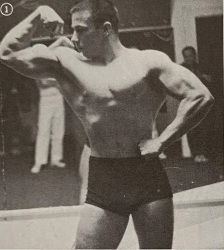 My interest in weight training was further stimulated by the opening of the first really well equipped health studio in Lake Charles. This studio was owned and operated by ray Roy, the brother of the famed Alvin Roy. Ray and Alvin were responsible for the first weight trained football star…Billy Cannon.

In my early days of training I had the good fortune to meet up with Ken uilbeaux. Ken, being a veteran bodybuilder, watched over me and saw that I performed my exercises correctly. 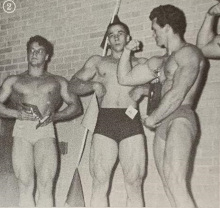 When I was 18 I decided on the spur of the moment to enter my first physique contest. being rather ill prepared with a swimsuit for posing trunks and a very limited knowledge of posing I entered the 1964 Mr. Louisiana Contest.

Much to my surprise the third place trophy was awarded to me along with the most muscular and several of the subdivisions. Now I thought I had the world by the tail. 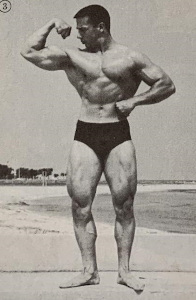 A few months later I annexed my first big win, the Mr. New Orleans Contest, one of the oldest physique competitions in the country. At the same time, still at the age of 17 one of my major goals was attained; that of bench pressing 400 pounds before high school graduation. This lift was done at a bodyweight of 175 pounds.

After graduation I moved to Lafayette to attend college at the University of Southwestern Louisiana and trained under the guidance of Red Lerille, Mr. America 1960. Training under Red made all the difference in the world. From Red I learned of the importance of symmetry in muscular development. Red stressed the importance of proper nutrition in bodybuilding. He believes that correct supplementation is 80% of the physical development.

During the following two years I made great improvement under Red’s tutelage and won numerous titles along the Gulf Coast. In 1966 I won my first national title being selected Teen-Age Mr. America and Most Muscular.,

After winning the Teen-Age Mr. America I concentrated solely on national events. The next couple of years were pretty hectic with a heavy schedule in college and the evasion of first trophies.

I never had much trouble capturing the Most Muscular titles but the first place trophies always seemed to get away.

In 1969 things were different. I won the Jr. Mr. America and Most Muscular titles in May and took the “Big Daddy” of them all in June. 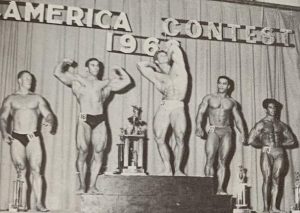 Winning the Mr. America is good but the preparation involved in winning is better. Making an overwhelming desire such as this is a reality is actually a character builder. Any person who sets high goals for himself and achieves them must first have a strong desire, self-discipline and perseverance. There are attributes necessary for any type of success. Once developed they stick with you throughout life.

And that my friend is my idea of how I achieved a worthwhile goal in seven short years.”