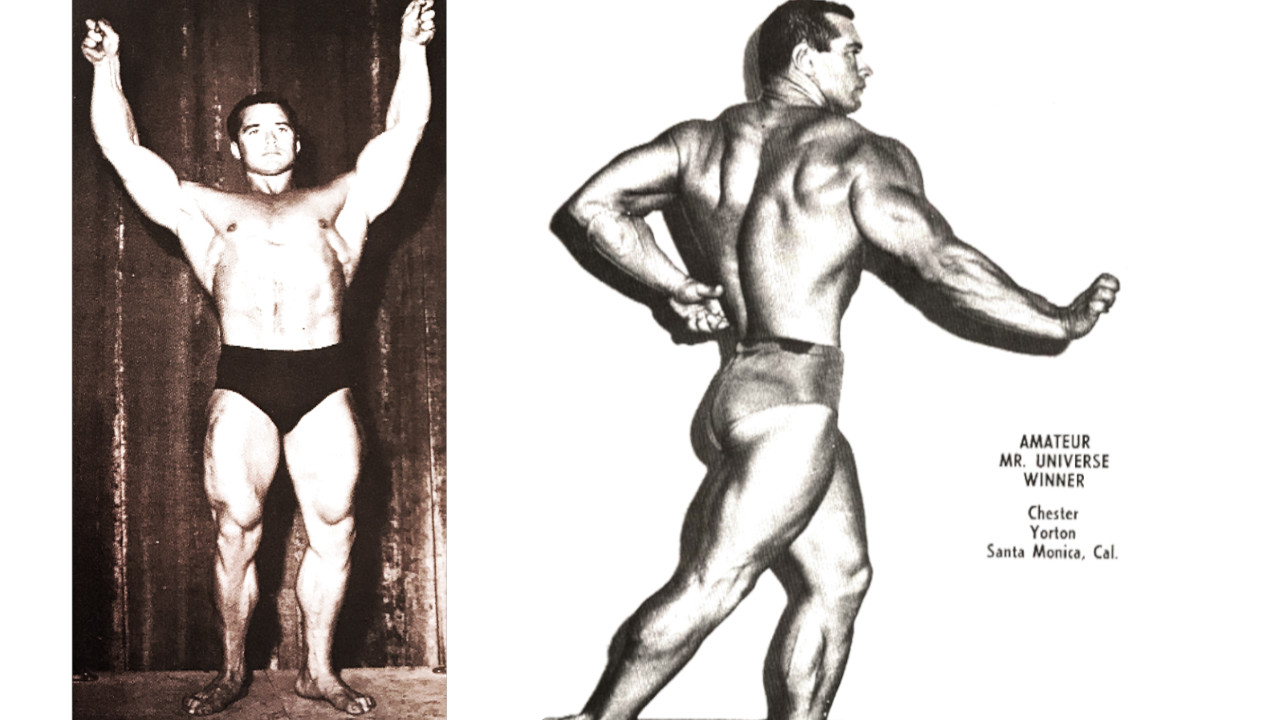 Chester ‘Chet’ Yorton (b. June 1, 1939) early teenage years were just boring and normal. He graduated from high school and he was not strong or athletic. He just participated only in baseball and basketball for fun. Chet used to go out and have fun like other normal teenagers. But overnight Chet’s life has changed immediately.

This incident would even change and influence Arnold Schwarzenegger‘s life later.

One night Chet’s friend was driving him home. He hit a speed of 40 miles per hour and it happened. He missed a curve in the road and the car struck a tree.

Chet braced himself against the floorboards but the impact drove his hips out of their sockets. He flew up hitting the dashboard, shattering his thighs. He was thrown against the windshield, smashing it, and cutting his left eye, right through the eyeball. He also ripped open his left forearm from the elbow to wrist.

He lay in the car for half an hour until the police arrived and pried the doors open with crowbars. The ambulance rushed him to the St. Francis hospital where the doctors debated about amputating his right leg, but they tried performing surgery on it for 4 hours. They put in a 5-inch steel plate and eight screws around his right bone.

Three days later they performed surgery on his left thigh bone. They cut his hip open and drilled out the hollow where the steel rod was to be inserted down the center of the thigh bone.

Chet became conscious in the hospital. A spear of glass that penetrated his eyeball was the most serious of all. He was told that this glass would almost pierced his brain.

He was in casts from hips to toes. As he began getting about with the aid of crutches, he lost his balance and fell down a set of stairs, which re-injured his left thigh. More surgery, and then 4 months in a wheelchair before he got back to being able to get around on crutches again. 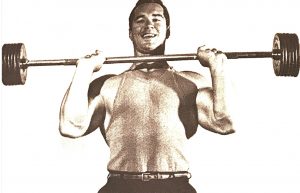 While in a wheelchair at the hospital, he noticed a set of dumbbells in the corner of a room. He never touched a weight prior to his accident. He asked his doctor if using weights would assist his recovery.

Chet:
“The doctor exclaimed heartily that some mild, but very mild at first, weight exercises would benefit me(..). It was very hard at first as I was so exceptionally weak but gradually I saw a little improvement and later on, much more of it. I even surprised myself during the next two years by first gaining 55 lbs. in bodyweight in the first seven months and then making a total gain of 80 lbs., until I found myself at 240 lbs. two years later and in good muscular shape! “ 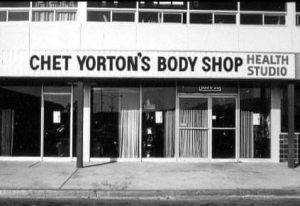 Chet breathed and loved bodybuilding. Around 1960 he opened his own Gym in Milwaukee. He liked to coach and to help people get into shape.
But Chet got drafted into the armed force and had to sell his gym. His time during the armed force was limited. His one leg was shorter than the other (because of the accident) thus Chet discharged. 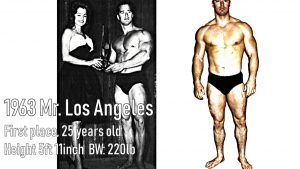 Chester was bitten by the iron bug and of course he did not stop competing! Above you can see Chet receiving trophy for winning the 1963 Mr. Los Angeles. Despite of this severe accident, of which the scars are still visible (see the right picture), he was able to squat 500lb, to bench 425lb and to strict curl 205lb.

Oscar Heidenstam reported this contest : “there was an incredible 19 year old Austrian, Arnold Schwarzenegger, who all but stole the show. When I received his entry I wondered if it could be accurate because at 19 he was 6 ft. 1 in. tall, weighed 230 lbs, and had a 19½ in. upper arm. There was certainly no doubt about these measurements; the lad has the potential to be one of the greatest of all time.”

Even the organizers have spoken highly of Arnold. But Chester was the man without fear. He was mentally primed and matured. He was the phoenix that was consumed by fire, pain and scars and raised of its own ashes to fly away and to set the world into light.

Chet put determination into his posing and he was able to defeat Arnold Schwarzenegger!

Arnold: “The judges chose Chet Yorton. I have to admit they made the right choice. Chet was almost ten kilos lighter than me, but his body was fantastically proportioned, his muscles finely worked out and hard, and his poses seemed smoother and more confident. He also had a great tan.” 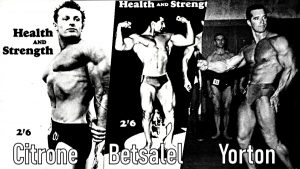 Now they had to select the overall Universe winner. It was between John Citrone (England) William Betsalel (Israel) and Chester Yorton (USA)

And of course Chester won the overall Universe title. Hats off! 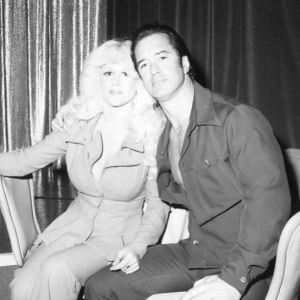 Chet had fallen in love with Vicki, who become his wife in 1972. He tried making into the movie business and he appeared in the movie “Don’t Make Waves” (1967).  During the shooting he spotted a blonde girl near Muscle Beach.

Around 1970 Chet Yorton left the bodybuilding scene. A number of things irked him. He saw a destructive trend rise in bodybuilding as steroids took a grasp. He noted large areas of what he considered immoral. Many top bodybuilders seemed to sell themselves to the highest bidder for sexual favor to earn money and to live a life without working thus their training would not suffer.

Daughter and her company

Around 1970 daughter Shannan was born. Shannan established her own business in the fitness industry. Apparently she used to competing and created the company nutrition company “Quest Nutrition”. 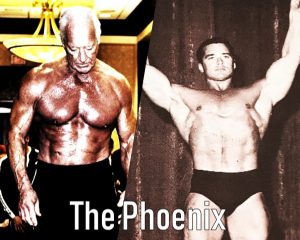 After 50 years he is still training and in well shape. He used to visit the legendary AOBS (“Association Oldtime Barbell and Strongman”). Last time he visited this Association in 2010. He posed and talked to his fans and yes he still loves building his body. Hats off to Chet for his willpower!!!

Chet:”If there’s one thing I’m good at, it’s dealing with the unexpected. Whenever someone tells me that I can’t do something, I find a way to work around it.”