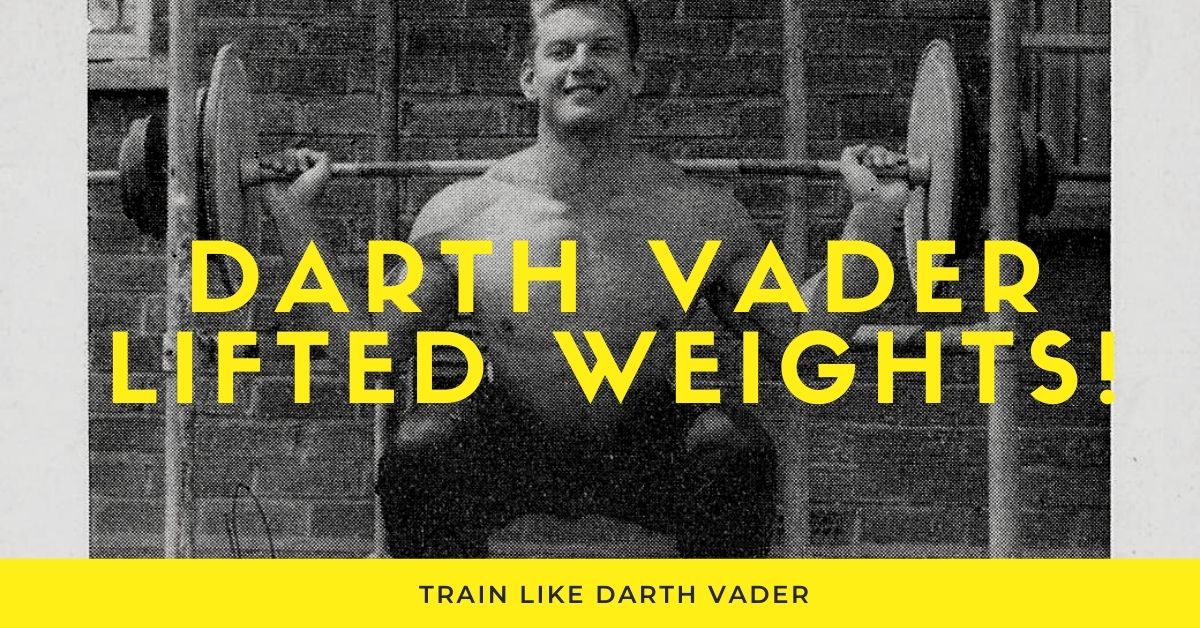 Arnold Schwarzenegger ‘The Terminator’ and Steve Reeves ‘The Hercules’ are quite famous for their muscle size and success in the film industry. But unfortunately nobody is aware of Darth Vader’s bodybuilding career.

Yes, even the dark side was bitten by the iron bug! David Prowse played the role in the first Star Wars movie due to his muscular size. The Film Crew searched for somebody with a big and muscular stature and they chose Mr. Prowse (Height: 6’7″/200cm)! It’s just unbelievable.

Dave was born 1st July 1935 and as a kid he liked to sprint but later he had some trouble with his knee, so he quit running. During the long break he saw famous bodybuilding icons such as Steve Reeves, Bill Pearl and Reg Park. So later he tried bodybuilding and bought the famous muscle courses from Charles Atlas. [1]

He followed the instruction and went from 160lb to 240lb bodyweight. He made great progress and was invited to compete at the Mr. Universe contest in 1960!

He tried different kind of jobs to make a living. It ranged from lifeguard to accountant. Once he tried his luck as a publisher with a magazine called ‘POWER’. He made some financially mistakes, so 1969 he stopped publishing.

Later he toured through England as a strongman and performed strength stunts in front of
people. Tearing telephone books, bending bars and other odd-lifts.

Indeed Mr. Prowse was strong and so he became the first person to lift the Dinnie Stones (Weight: 800lb). [1]

By the way Mr. Prowse trained “Christopher Reeves” (Superman) and helped him to gain a lot muscle size.

Prowse trained Christopher Reeve and when they started his bodyweight was 170lb. When he went into suit his bodyweight was 212lb, wow. Luckily I found Prowse’s workout routine… And maybe Superman used some of those muscle building exercises too!

After 18 months of training he build his own Home Gym. Most of his training has been done in his own back yard.

He entered his first physique contest in 1955 (the West Britain area show) and was second to Ron Thomas.

“He trains five or six times a week, three to four full workouts, and the remainder on specialisation, doing three or four exercises. He changes his schedules fairly frequently, and here are some of the exercises and poundages he includes: Bent Arm Pullovers 3 x 8 – 200/250lb, maximum poundage 280lb, Incline Bench Press 3 x 8 200lb, Bench Press, Bent Over Rowing 3 x 8 – 200lb, Single Arm Dumbbell Press 3 x 6 90lb, Squat 3 x 10 330lb. David states that he does not measure progress by measurements (though he used to), but by his increased poundages in training, and how he looks and feels.”

How strong is Darth Vader?

Prowse is earning money with signing autographs and visiting events (Comic Con, Aobs). Here in the picture you would see him at the AOBS Event in 2008. It’s basically an event for oldschool bodybuilding and strongman fans! Furthermore he is a quite famous personal trainer of the celebrities!