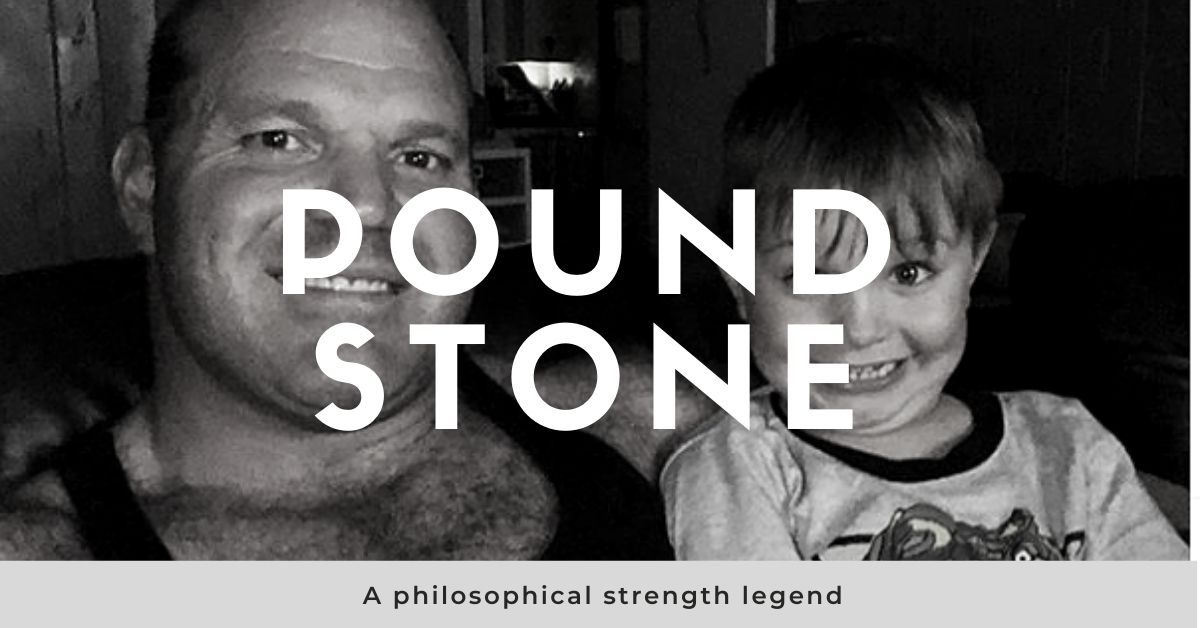 What happened to the legendary strongman competitor Derek Poundstone who had a following of millions, won major competitions, and had many excellent YouTube training videos that garnered hundreds of thousands of viewers?

Derek’s strongman career began in 2003 at the Beast of the East contest in Pittsburgh and it ended in 2013 at the Fitx (Today it is the Arnold Australian Classic). After this 2013 appearance, Derek disappeared entirely from the strongman scene.

In a January 23, 2015, Instagram post Derek explained why he walked away from the sport of strongman. He posted a picture of a nasty bicep tear and wrote that he was tired of always being injured.

Laurence Shahlaei’s podcast series on YouTube has continued to put out amazing strongman content during the summer of 2020. Recently, Big Loz interviewed two time Arnold Strongman Classic Winner Derek Poundstone about his strength career and what he is up currently. Derek, like Loz, is well spoken, interesting, and most importantly introspective- quite possibly more so than any strength figure I have ever heard interviewed.

Derek details his career from his beginnings as a professional strongman in the now defunct IFSA organization for two years until he transitioned over to the World Strongest Man contest in 2008, where he lost by the most narrowest of margins to 5 times champion Marius Pudzianowski. Derek recounted many terrible injuries he had suffered as a result of Strongman training and competitions, some of which were a severe back injury in 2006 as well as a torn bicep in 2014.

Loz described how Derek was the premiere strength athlete in the world for a few years based upon his performances at the Arnold, the WSM, and the Canadian contest known as Fortissimus.

Ever the amazing interviewer, Loz asked Derek about his near miss at the 2008 WSM crown- to which Derek replied that his loss was the best thing that ever happened to him. Derek, who obviously knows and trusts Loz, opened up about how he had been a self absorbed person at the height of his strongman career- to the detriment of other personal relationships. Derek cited his former wife Kristen, with whom he was not there emotionally for due to his obsession with strength at that time.

During the interview while describing the tragic death of Mike Jenkins, Derek described himself as the direct opposite of Mike in that he would look to make enemies in the gym to achieve his goals. Derek went on to describe himself as someone who others would look at as doing some really cool things, but in fact if they really knew what he did to achieve those goals- that would “be a check they did not want to write every day.”

Competition was a passion that he enjoyed and Derek believes that everyone competes for different reasons, but as his career progressed he enjoyed that attention he received as well having a singular focus was critical for him. Derek is introspective as to why he was good at strongman: “I had to find out why I was good at a sport because usually when an athlete is good at a sport it is because they are fucked up.”

Derek has been a police officer in Connecticut for years, having now risen to the rank of Sergeant. He is now married to Dana, and is a father to his kids as well as at least one step son. After he retired from competition, Derek remarked that he was totally out of the sport from 2015 to 2018. Current American Log Press Record holder Rob Kearney persistently begged Derek to coach him, which Derek eventually decided to commit to. The aforementioned log press record was set at the World Ultimate Strongman event that was broadcast live on EPSN, streamed worldwide all while implementing Derek as the MC! Derek handled this important task impeccably.

In his spare time he reads approximately 10 hours per week on what type of training needs to be done in order to improve performance, focusing on Eastern European methodology as well as all current trends in training.

Derek still trains to “find out who he is…training is an outlet- not a crisis.” He very much enjoys finding out what he is can do.

There is an amazing video of Derek on his YouTube Channel of him doing heavy sledgehammer training, it has 1.5 million views and it details in the description that this type of training builds cardio capacity as well as recovery ability. 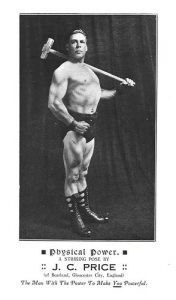 Working with a sledgehammer is nothing new for a strength athlete, as Joe Price, a champion weightlifter and strongman, from Gloucester, England, used sledgehammer workouts to build his grip, in 1900! Mr. Price used various sledgehammer exercises to help his training to become a champion. This information was documented in David Gentle’s excellent blog.

A January 2009 Muscle Mag International article about Derek’s training details how he applies high volume, performing 3 work sets per exercise. Poundstone varies his reps from 30 to 50 for arm work and shrugs to to 3 singles for squats and deadlifts.

There is much to be learned from Derek regarding the mindset that a successful strongman must have as exhibited in a June 20th Instagram post in which Derek is preparing to deadlift in his garage gym.

“ Success is built on failures. But there’s a not so often discussed side effect of both success and failure. It’s a dirty little 4 letter word…lifting on social media looks amazing, super motivating and awesome but what is not often discussed is that dirty 4 letter word…PAIN. I’m talking about the pain we feel when our bodies break. This video is embarrassing. It’s what I don’t show on social media, it’s me trying to get the nerve to take 800lbs for a ride. I don’t fail in the gym or training at home much at all any more, maybe once in the past few years.

If I load a bar, it’s moving. But that’s not because I am strong, it’s because I am scared. I’m scared of the pain, I’m scared of the suffering that comes after and I’m scared that I have gotten soft. I don’t go heavy very often and more times than not will forgo near max effort sets because I don’t think I can stand another major injury. So if you are reading this and don’t feel like Superman, you think about more than just lifting a huge amount of weight or the next PR, then you and I are the same. It’s ok to be scared, it’s what you do with that fear that counts the most….”