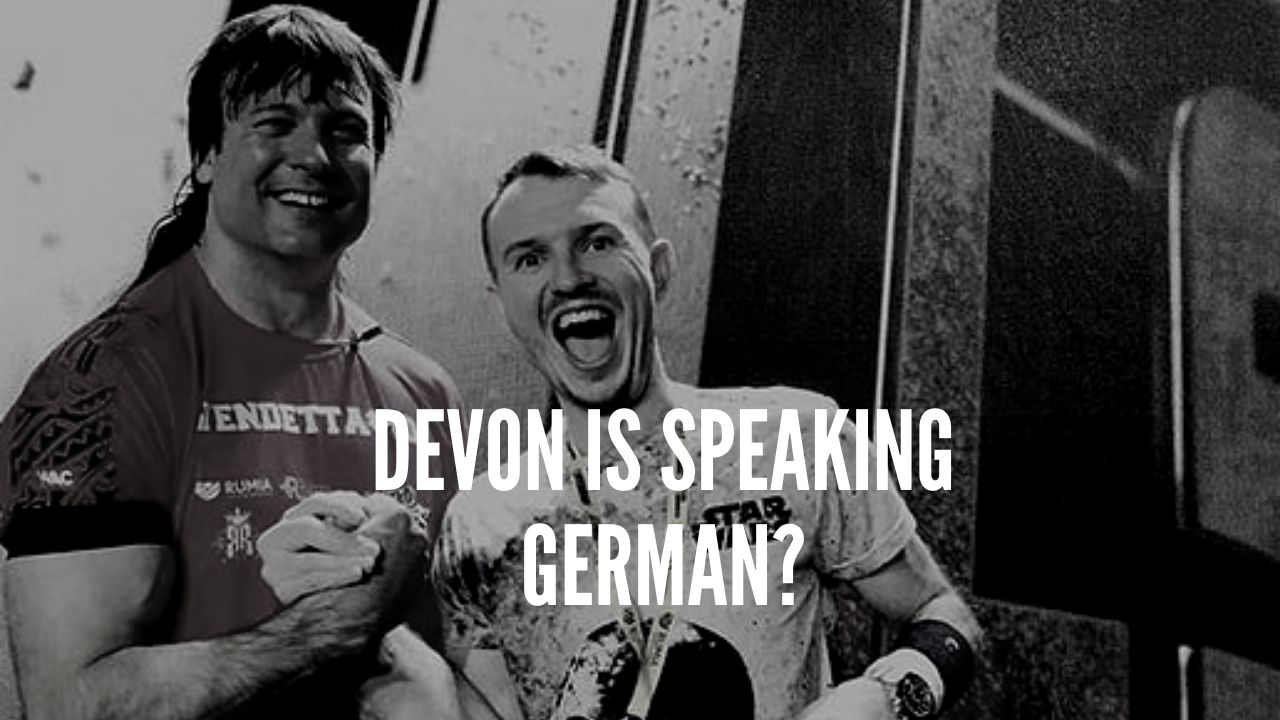 “Devon Larratt a German Half Blood”

Devon Lavaratt was born in Victoria, British Columbia but his mother is German and his father is from Canada. His mother still loved to speak German to him, when he was a little kid. Then, he went to the school and stopped speaking and learning German.

At the age of 17, he made a short trip to Germany again for 3 Months, it was an exchange semester in Berlin. Larrat loves Germany and said “Berlin was a lot fun”.

Furthermore, it seems he’s touring through Germany quite often to give seminars. In the year 2019, he gave an arm-wrestling seminar in Kaiserlauter.

In that Video (Hosted by Baden Bisons), he said that he’s a big fan of old-school bodybuilding: As a kid, he read pumping iron, saw that girl on Schwarzenegger’s back and thought being strong is just cool.

He dedicated his life to being stronger, that’s what he has been living for. He used to arm wrestle in High School with friends. One day he’d meet a 160lb arm wrestler with a lot experience. He beat Devon easily, so then he started training really hard to improve himself.

Germany loves Devon, the comment section is filled with praises, and the host of that seminar was impressed and seems to enjoy Devon’s presence.

“During the very interesting seminar Larratt gave valuable tips from the arm wrestling sport, talked about the current development in arm wrestling and gave insight into his training philosophy and nutrition.

Approximately 50 interested athletes could also ask numerous questions to Larratt, which he always answered very comprehensively, sometimes in English and sometimes in German. This was a rare opportunity to meet the athlete Devon Larratt personally and to exchange ideas with him. Devon Larratt showed himself as a person with a very big heart, intelligence, commitment and closeness to his fans.”