From Westside to Strongman Competitor 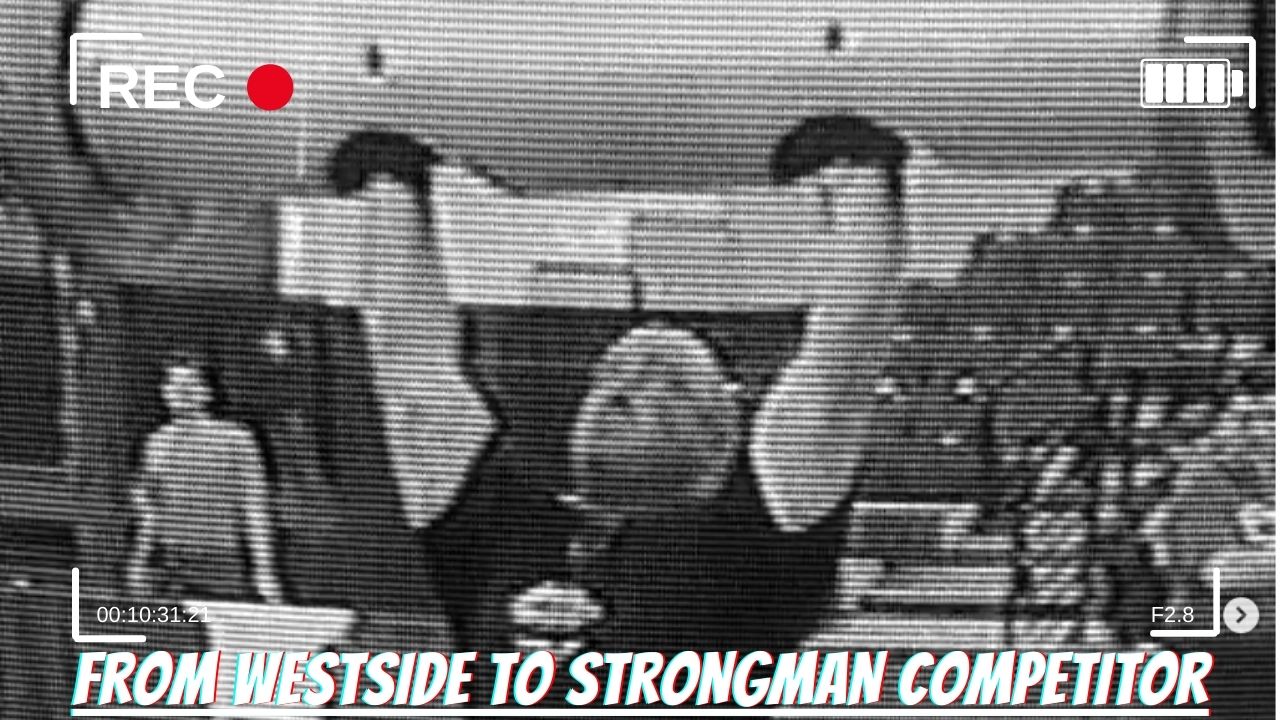 I did my first powerlifting competition in 1986, and began training Westside Style in 1994. After two top 5 finishes at the Men’s National Championships and a National Bench Press and Push Pull Championship, I got hurt at a local powerlifting meet and decided to rehabilitate my knee injury by engaging in strongman style training in January 2001. I had always known about the World Strongest Man Contest since I began powerlifting, but there were no opportunities for anyone to compete in strongman contests in the U.S. until the late 1990s. Milo Strength Journal and Powerlifting USA Magazine began reporting about strongman contests that were contested in the U.S., but they were held in Indiana and Texas, no where near California.

When I began rehabbing my knee, I met Kevin Kinzy, an accomplished Highland games athlete who had a background in martial arts as well as some local powerlifting meets. Kevin’s training partner was professional strongman Charley Kaptur, all 6’10” 360lbs.

They immediately welcomed me into their training crew and I brought strength phenomena Josh Bryant into the mix. I named our crew the Freak Factory and from 2001 through the 2000s, the crew had many strongman competition successes. There is a fantastic video on YouTube detailing the training of our group leading up to the 2004 California’s Strongest Man Contest, which the Freak Factory instituted.

I just saw a clip on Power Athlete’s Social Media where John Welbourne interviewed Fred Hatfield and Dr Squat said that he would have used strongman training to become the strongest he could have become if that style had been popular during his prime. I agree with Dr Squat that strongman style training, combined with powerlift training is the secret to super human performance.

DE squat and dead workout on Tuesdays. We would primarily use a safety squat bar to save wear and tear on our shoulders. The safety squat bar with blue bands and 242lbs bar weight for 8 to 10 doubles to a 12” box. Dynamic deadlifts were done with 65 to 80% for singles with a minute rest between each single. Bent over rows/ heaves were done with the ending set of deadlift weight. We would use a belt and straps and do 3 to 5 repetitions. Snatches were done occasionally, but for low reps and not more than 185 or 200lbs. We would attach strong bands (blue) to the bottom of the power rack and then pull the band over the each shoulder. This would pull the lifter towards the ground. Then we would hang by gripping with our hands on the chin up bar. We would do this for time to build our grip for the farmers walk. Our feet and lower body would not be recovered by Tuesday from Saturday’s strongman events such as farmers walks, but our hands would be ready for grip work. This also tractioned our lower backs well.

Thick ez curl bar preacher work was next and it built strong arms for tire flips and stones, as well as Conan’s wheel. Cable abs were done on a decline bench, facing away from the cable with a rope handle around the neck.

Medley work, was done for distance during the week, again on Tuesday following our DE Barbell work, with maybe 200 to 400 feet with 50 percent of the competition weight to be done on either Saturday or Sunday. Usually on Saturdays we would do our heavy strong man event day but for Boston in 2002, in an attempt for Kevin and myself to turn pro, we did Saturday and Sunday for 6 weeks up til the meet on 2/17.

My log clean sucked so I did DE work during the week- 65% for doubles- used the Westside Bench percentages. We did standing dumbbell clean then I presses with 2” thick handled dumbbells. 110lbs for 9 was my best with these dumbbells.

We had a 600lb tire that was used so the tread was worn. We used to attach our 20 lb chains to the inside of the tire so that the weight was up to 800lbs. We would flip tires at other locations often. Every tire is different. New tires feel different than old/ used tires.

We trained three times per week usually with heavy event training on Saturday. We would warm up with deadlifts, my best was 585 for 6
and then we would flip our tire. Two or three trips of up to 100 feet with the tire loaded from 600 to 800lbs. At times we would begin the workout with farmers walk training. We would use up to 360lbs per hand for as far as we could go. We would each do 2 to 3 “runs” of as far as we could go with from 220 to 360lbs per hand. My competition weight was 300lbs per each hand. Professional competitor Charlie Kaptur had to use 360 per hand so I would use that at the end of my workout to over load the muscles that farmer walk.

Many times we would pull a semi-truck that Charley’s company California construction owned. There is a picture of me on my Instagram pulling Charley’s semi, which was loaded with a load of roofing tiles and a forklift. The truck scale said the load weighed 72,000 lbs and I was able to pull this 100 feet, twice in July 2001 on the first time I tried such a harness lift-what a rush!!!!

Every few months we would deload and take the weekend off and play paintball as a crew. That was a lot of fun and kept us mobile. I only did strongman training events for a few years as my wife and I had twins to add to our 2 year old son in 2003, so I could not work full time and train strongman style any longer because I never could get enough sleep. Westside style Barbell training gave me a great base for strongman competition and training. I highly suggest you watch some of Brian Shaw’s videos on YouTube and see how he combines the two styles of training to win the World Strongest Man Contest 4 times and be runner up this past year!

2 thoughts on “From Westside to Strongman Competitor”