Full Day of Eating With Schwarzenegger and Karl Kainrath 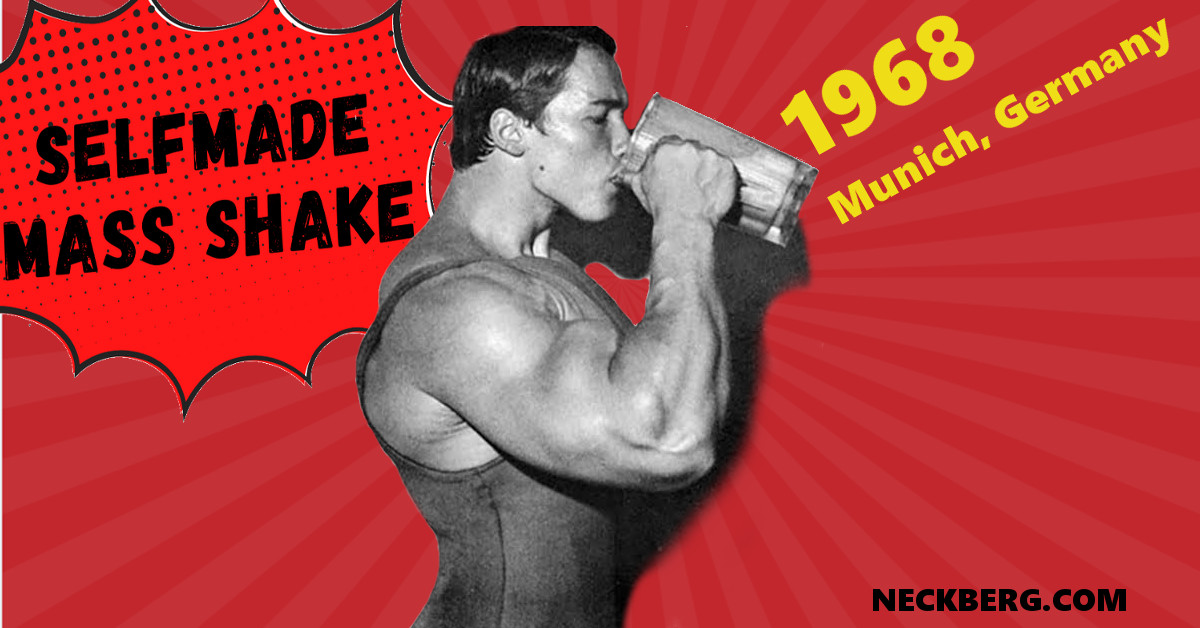 As every hard-core Arnold Schwarzenegger fan knows, before conquering the world of bodybuilding, he made a name for himself being an inhumanly strong weightlifter in Austria and throughout Europe.

Arnold knew, bodybuilding was his real passion. In approximately 1966 he made the decision to move away from Austria to Munich, Germany.  Back in the day, Munich was basically the mecca of bodybuilding for Arnold and all of Europe. Modern training equipment and bodybuilding was more accepted, it did not have the reputation as being dumb or homosexual in nature.

In Germany Arnold was finally allowed to breath, specifically to live and train as a bodybuilder. During his time in Munich he met some European bodybuilders like Reinhard Smolana, Franz Dischinger, Fritz Kroher and Franco Columbo, who all would later make rapid gains.

Mr. Schwarzenegger never forgot his roots, so he invited Austrian weightlifting friend Karl Kainrath to come over to Munich.  Karl Kainrath recently published a book written in German entitled GOLDSCHOOL BODYBUILDING, which contains information how they used to train and eat in Germany and Austria. Karl Kainrath died on July 26, 2020, and since then the book is now free.

Who had the idea to document Karl Kainrath’s life?
It was his friend Michael Bauer, thanks to his effort to document the philosophy of Mr. Kainrath. The book is really a treasure for bodybuilders. 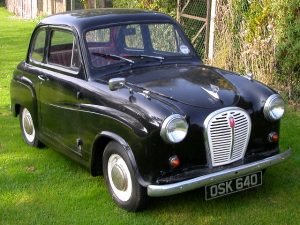 Arnold used to train and compete as weightlifter in Austria.  But one day he was invited to Germany, to compete as a bodybuilder in an international competition. Karl Kainrath believed in Arnold and would drive him with his small car called AUSTIN A35 to the competition in Stuttgart, Germany.

Karl Kainrath welded some of my first weightlifting equipment, he was a fantastic training partner, and he supported me during my first victory at Stuttgart for Junior Mr. Europe. People like him are the reason I don’t call myself a self-made man. My thoughts are with his family. pic.twitter.com/GlhMCLTlHP

Still today Arnold is thankful for Karl Kainrath’s support.  If you check out the Facebook page of Kainrath, and you’ll find pictures of Arnie and Karl through the decades!

Karl Kainrath wrote in his German book:
“Arnold was a sensation in Stuttgart, Germany.  The crowd had never seen such a giant. He easily won the title “Junior Mr Europe”. German Magazine owner and photographer  “Albert Busek” saw the potential in Arnold and offered him a job as an instructor in Munich, Germany. “

“In 1966 Arnold moved from Graz to Munich and later he would invite me” said Karl. ” My task was to support Arnold for his guest posing appearance at the German championships in Munich.

Arnold asked me to obtain some ingredients for a super-drink called “The legendary Champion’s Shake.” At that time, we did not have a clue what appropriate sports nutrition should look like.

The main philosophy was to eat enough so that you had enough energy and a good pump during training. Knowledge about carbohydrates, protein and fats was secondary.

As more and more time passed, the diet became more and more refined and researched so we thought about how to better gain more weight.
Supplements were already available at that time,  but these were introduced to us by America and were too expensive for us.

We knew that protein plays an important role in muscle building and considered which foods are good sources of protein. It was, of course, also a question of cost. We could not afford to buy huge quantities of meat every day, as is customary today.

Myself and many other athletes also had the problem that we were not able to eat large quantities of food in order to be able to build up our body weights  further. Because of this we had the idea to develop a real “mass gaining shake” – also known as the “Shake of legends.”

For protein sources we used skimmed milk powder, milk, raw eggs and soy flour. Another ingredient was “brewer’s yeast” (In Germany: Wies). It was a good source for B vitamins and had a positive effect on skin, hair, the nervous system as well as the muscle tissue.

To be well stocked with vitamins (especially vitamin D3), we added Sanostol or cod liver oil. Of course we also needed a source of energy, so we included into our “potion” honey and dextrose.

The finished drink tasted terrible, basically you had to force yourself to swallow it. We tried drinking it in one attempt. It was not an easy task to drink one liter, but this shake helped us all to gain weight.”

“We drank our shakes 2 or 3 times each day, and it was not uncommon for a man to gain 10 kg/22lb or more in a year.  Arnold never had a problem devouring large quantities of food, he could eat like a berserker!

I remember a time in Liebenau, Austria….after the training we stopped at the Austrian eating house called “Zur Endstation”. They offered sour beef and as dessert pineapple or peaches with a little whipped cream.

This was Arnold’s favorite dish at the time and his secret recipe for proper mass growth. Going out to eat with Arnold was always fun. His motto was always: “Eat, eat, eat – whatever it takes”.

Unfortunately I was never the type of athlete to eat such quantities, so it was always a hard fight for me to gain weight.

When Arnold invited us to spend a week in Munich in 1968 to prepare for the Mr. Universe Championship in London, we were all extremely motivated to train and eat for the contest.”

#FULL DAY OF EATING WITH ARNOLD IN MUNICH, GERMANY (1968)

“The day began with a balanced breakfast. There was meat, eggs and bread with different spreads. In the morning before training the first MASS SHAKE (German/Austrian “Trankerl”) was served.

After training we went to a tavern for steak. In the afternoon, the second “MASS SHAKE” was mixed, then the second training session of the day followed. In the evening after the training,  there was a big meal, mostly meat with a carbohydrate source.

Of course Arnold was very massive at the Mr. Universe and he won the title. Then Arnold lost at the World Amateur Bodybuilding Championships in America against the then, very defined Frank Zane. That was a bitter defeat for Arnold, but also the turning point that he decided he never wanted to lose again. The following year he won the same competition in New York with a great form.”

Karl’s maximum weight was 107 kg/235lb, and when he flew in 1968 with Schwarzenegger to London for the Mr. Universe Championship, Arnold weighed 116 kg/255lb.

Recipe for the GERMAN/AUSTRIAN MASS SHAKE

Again thanks to Karl Kainrath’s friend Michael Bauer for the idea to work with Karl Kainrath and document his history in a book and by creating Youtube videos to document the philosophy of Mr. Kainrath.

And thanks to Paul Leonard for proof reading