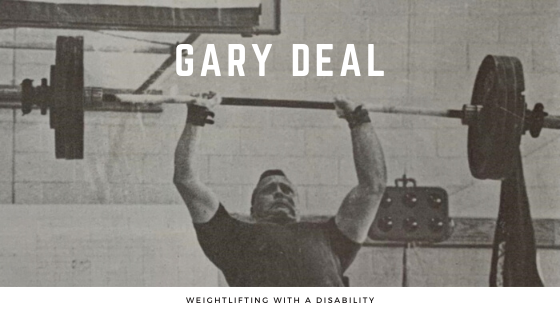 The following article was written by Don Reed – Mr. Berg

“For close battles and the drama of competition, the 1969 Senior Nationals in Chicago must go down as one of the all-time great sporting event. After Beaz’ easy win, every class was a tightly-contested even, with great names like Mielec, Hanson, Hill, Cantore, Zeigmn, mansour, Lowe Rawluk, Quinn, Karchut, Knipp, Moyer, Holdbrook, Capsouras, Grippaldi, Nootens, Glenney, Ken Patera and Dube putting forth their finest efforts in all-out attempt to win. While Bednarski won the 242 pound class with expected ease, one of the greatest battles of that great day took place for second place honors – and a sport on a World Championship Team. Bill March was in the greatest shape of his life, and against him was running an athlete most experts had figured out of the running for national honors, until a fantastic string of nine successes at the Junior Nationals brought him to the public eye.

He looked well on his way to another great contest, but challenge Match? Not likely. Bill had been hitting the comeback trail and was in fantastic shape. He came as close as any lifter I have seen to making a military press with an international poundage – 390.

His 325 snatch was fast and coordinated. His clean and jerk went just as smoothly, as he placed 405 and 415 solidly overhead. An error in balance caused a false start on his jerk with 425, and he put it down, although the judges later said they would not have denied the lift, as they thought he was merely adjusting the bar. There was no logical way for Deal to catch him in any case, as the 445 he would need was 30 pounds more than he had ever made, on his greatest day. Deal, however, was chalking up.

The road to this crucial day was long and wining, starting from the first with adversity, as Gary was stricken with polio as a child. The crippling disease withered his left arm and hand, a mark still visible today. Head Russian coach Vorobiev commented that he could not understand how anyone could press so much with so little triceps development. While Gary is athletic, with massive hips and thighs, his upper body development is nothing spectacular and it is hard for the casual observer to tell where he does get his power. That this power is not something unearned is obvious from a look at his first contests.

Gary began training as a Junior in High School, to gain weight for football. He was already fast, and lettered in track, but his small size and lack of strength kept him from real football proficiency. The weights helped and he won his block in football in his senior year. In 1957 Gary entered his first contest where he totalled 470 as a middle heavyweight. One year of training and a new bodyweight class later, he won the teen-Age Nationals with a 740 record total, which he unhappily admits was broken by some three hundred pounds the following year by Gary Gubner.

The intervening years were, filled by the establishment of small goals and their fulfillment, a practice Gary claims has been extremely useful to him over the years. He would aim at a 250 press, for instance work to achieve this goal, and set another, perhaps a 220 snatch.

Deal’s philosophy of lifting is simple: you must have a reason for lifting, and a long-range goal, as well as short term ones. In Gary’s case it was the making of an international team that drove him on.

As Gary continued in weightlifting, he naturally studied the champions’ form and read their training routines in Strength and Health.

He tried to learn from everything he read, but at the same time made the vital decision that his training was going to be designed solely for Gary Deal, not Bob Bednarski or Yuri Vlasov. he felt, and still does today, that too many people follow a champion’s training routines unthinkingly, not realizing that these routines are designed with that individuals needs, at that particular time, during that particular cycle, and usually will not reflect the Beginner’s needs or ability. A beginner needs to keep an open mind, and listen and learn from everyone knowledgeable, but he also needs to learn to listen to his own body. which will tell him which exercises are best to increase his pulling power, and how heavy to go, how often. Without this ability to think for himself (always bearing in mind that we have no professional coaches or teams of scientists to do our thinking for us) no American lifter can make it to the top.

Gary began to develop a rather unique training system, which brought him steady results. He would train for conditioning from July to January, jogging and running, trying for speed and distance. Since his high school days he had loved running, and he found it gave him a base of athletic toughness that made his weightlifting workouts, when he began them in February, seem easy by comparison.

His strength would be down, but the endurance would be up and he would be able to handle the grueling workouts he likes. For while Gary favors basic exercises (powercleans, powersatches, snatch and clean grip high pulls, front squats and press off rack) he likes to wok them heavy, all the time. He will only practice the Olympic three a few times, directly before a contest, as he finds them to be mentally and physically draining.

Before going on this program, however, Gary made sure he had a workable style in each of the three lifts. Then he began training for explosive power and the spiral continued upward until 1968.

The Senior Nationals was the scene of the first 242 competition on a national basis. Gary was one of the heavy favorites for the number one spot, and his 350 press and 285 snatch left him in an awful good spot, but after easy cleans he missed every one of his jerks with 380 and 390. Disappointment, shame and embarrassment almost drove Gary out of the lifting game, as he felt he had let himself down and the failure had somehow shown a lack of manhood or bravery or some such thing.

He went home and had just about decided to give it all up when Helmut Rueb appeared on the scene. Helmut told him that he was silly to feel that way, that failure happened to every champion, and it was only in the way he reacted to that failure that decided whether it was permanent or not. He drove Gary to train, and pushed him hard and harder. And when the 1969 Junior Nationals arrived, Gary was in the best shape of his life. he made every attempt, nine out of nine, and won the event by a wide margin. A fluke?  His detractors said so, but Rueb and Gary’s training partner, Dennis Winchester, a middle heavy from lowa, felt otherwise.

As Gary crushed the pieces of white calcium carbonate in his hands, the audience wondered what he was thinking, as he approached a bar loaded to 30 pounds more than he had ever attempted. They did not have too much time to wonder, though, because young Mr. Deal practical rushed to the bar. He secured his grip, rocked twice and swung the bar to his chest. The bar did not land in a good position and was forward, supported mainly by his wrists but he fairly leaped out of the clean and was standing. The crowd was shouting at the ease with which he cleaned the weight, but people shushed each other and the auditorium was almost noisily still as Gary Deal took a deep breath and jerked the weight.

The weight was forward and the athlete was driven into a backbend, but there was no quit at all in this lift and the bar quivered and then stuck overhead. Gary had beaten Bill March and made the World Championship Team.

This victory over Bill March, for whom Gary has the very highest respect, was unquestionably the high point of Deal’s career. The World Championships, where he rebroke his foot ( a childhood accident had broken his foot badly) would have seemed an ideal place to call if quite. He had achieved a great amount and nobody could have expected him to do more.

But as soon as the foot began to heal, Gary began to train, on the clean and jerk, harder than he had ever done before. He clean and jerked in training, 440, 40 pounds more than he had ever done in training, and only five pounds less than his terrific lift against Bill March. He cleaned and jerked 460. In two weeks was a meet, and Gary determined he would try for a World Record at that meet. But on his last heavy workout, he re-injured his foot on a 405 jerk.

Gary has decided to give his foot a long rest, and will probably not compete in this year’s Senior Nationals. Whether he will resume heavy training in January following the Seniors is uncertain at this time.

Deal’s wife, Judith, whom Gary describes as a “really fabulous wife and mother to my children,” is not only beautiful and capable but encourage Gary in whatever he takes on. Gary’s children, Kevin 7 and Timothy 5, are very well-behaved and already show athletic promise.

His job as a brokerage consultant is challenging and both financially and intellectually rewarding, and could easily expand to fill his whole nonfamily life.

Perhaps the answer to the question, will Gary Deal go on to become the World Champion? lies in his own philosophy. Gary’s outlook on life can best be summed up in these few short sentences;

“I am the motivating force behind my success or failure. How I think, feel and react determines the outcome of every situation. The key lies with me and me alone, not in the past or in the future, but right now. Every dismal failure of the past can be wiped out by one glorious success today.”