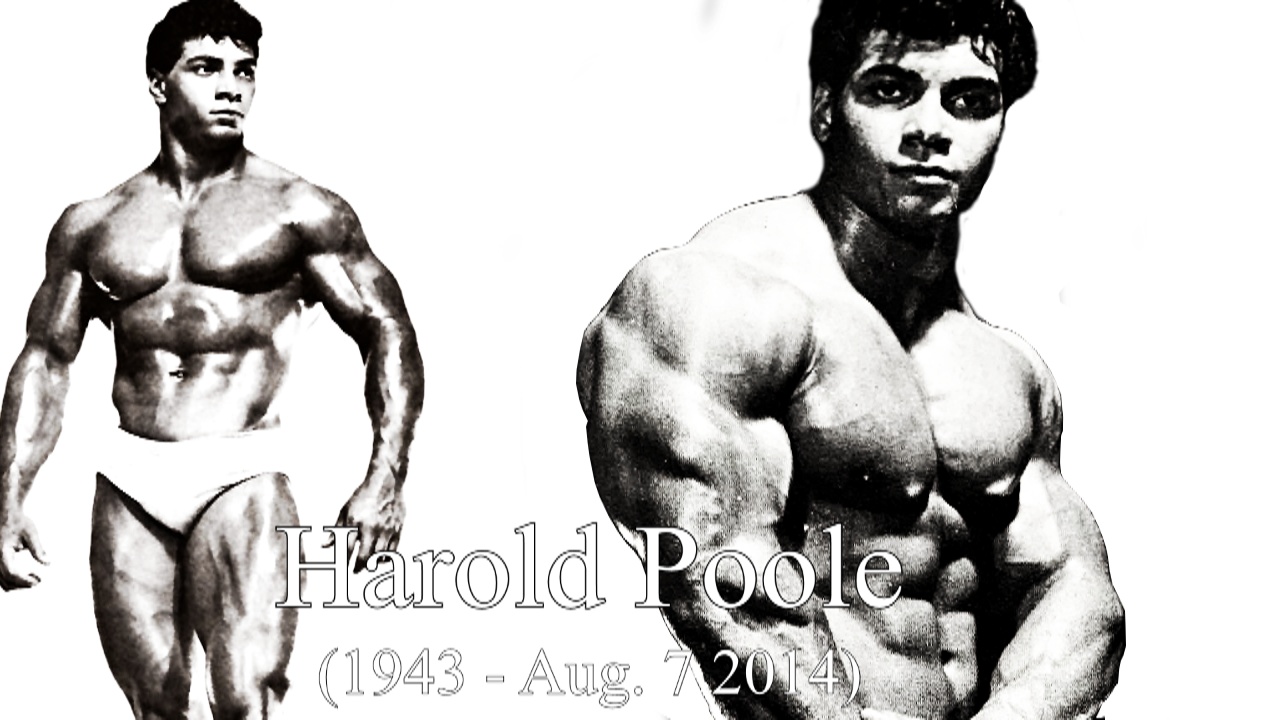 Harold Poole was born on December 25, 1943 in Louisville, Kentucky. He was a bouncer, shot putter, professional bodybuilder and the youngest Mr. Universe winner (at the age of 19). Furthermore he was also the youngest Mr. Olympia competitor ever. He was 21 years old at the 1965 Mr. Olympia. 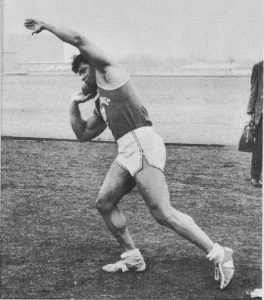 Harold was a fine all-round athlete at Shortridge High School in Indianapolis. He exceled at track and wrestling.

When Harold was thirteen, his family moved to Indianapolis. It was there he became interested in athletics, particularly the sports of football, wrestling, boxing and track. As a freshman at Shortridge, his track coach, Roy Aberson, advocated weight training for athletes. Weight training to him was a supplement to his regular exercises.

In the following four years, Harold put 45lb of hard muscle and increased his athletic performances in all sports!

Harold Poole: “I started training at 13 and have been at it ever since. Without the power and stamina derived from my bodybuilding, I never would have done well in wrestling, football or track and field.”

He trained with one goal: to be the first black man to win the Mr. America title. And he achieved his goal in 1964 IFBB Mr. America! 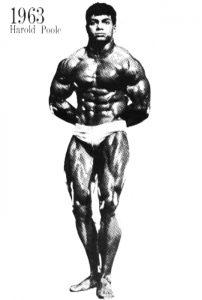 Larry just missed the Mr. Universe title win to Poole. He won 1st Place and Most Muscular in his height class.

In the world wide web it’s rumoured that Arnold was the youngest. But Harold Poole was 19 years old when he won the title. Actually Arnold should not be credited as the youngest Mr. Universe winner…

Bouncer and Bodyguard for famous people

In 1966 Harold worked at the Cheetah club in NYC. He spent a week as Supermodel Twiggy’s bodyguard as she went around the city doing photo shoots and appearances. Harold brought some help. Far left – Mike Guibilo (who years laters played a role in what was then the largest cash robbery in New Jersey), 2nd from right – Dennis Walter aka. ‘Denie’ (who went on to become a physique photographer) & far right – Gus “The Greek” Papas. 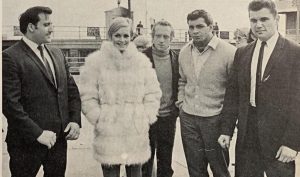 Dennis Walter:
“The Big H trained with me and worked hard to get where he is. We met one day after his arrival from Indiana, a long time ago it seems. Can’t forget when he picked up a pair of eight pound dumbbells to do some curls for me because I’d asked who used those. He and Leroy Colbert (aka. “Man With the World’s Largest Muscular Arms”) worked for Weider, so I’d often go to hang around and watch the guys work and goof off at Joe’s warehouse.

Harold has been my friend ever since, and lucky was I to have his friendship. He’s a hard puncher; many will attest to this, for I’ve been at his side during countless night club brawls. Let me clarify that.

Harold now manages one of the largest night clubs in New York, the Cheetah. He started as a part time bouncer to supplement his income, and quickly grew because of his sharp wits and fine education, to an executive position and hasn’t stopped yet. But to get back to the old days. It was our job to keep order and represent the Club to the people who came there.

This wasn’t easy in a modern age of drugs and misled youth. There is always a wise guy. Harold and I found them regularly. I sure was glad he was my buddy, for some of the tight spots I might not have gotten out of except for his fast thinking and quick aid.

The night I remember best was the time he was jumped by six fellows, yes, really six, I saw them as I came running to see the source of the commotion. To make it short, this man called Poole dropped three and the other three ren away.

I hope I’ve not given too strong a picture of the man, for his personality is extremely cordial and warm; we just did our job protecting the Club’s property and license.

It takes an intelligent person to make it in the night club business, and that Harold Poole was and is. I guess that’s why he was made manager in charge of thousands in property and potential business.

Poole the business man is just one facet of this many sided human being; perhaps the side we are most interested in is the athlete and trainer.

The bodybuilding world hails the Prince as one of the “elite of posing platform.”

Reg Park, Bill Pearl, Big Mike – the names often on Harold’s lips. Secretly, I believe he entertains the idea of becoming the greatest bodybuilder of the century. But he is a realist too. He does not bandy or show disrespect to the Sergios, Schwarzeneggers or Sipes’. He thinks in one direction: forward, bigger, better.

Heavy workouts are his forte; it was just a couple of moments ago I looked outside and saw his training partner backing him for close grip tricep press on decline with 280.

A sense of humor is not lacking in the man either. He often cracks the gym up with his voking of the mythical gods as Reeves and Parks do on the screen, before limit attempts.

I remember once he came in and started dipping; when it came time to exhale in the rep he’d look at me, as I stood watching, and go “Beep, Beep, Beep.” Yes, that’s a real sense of humor; he was beeping for reps with 200lb.”