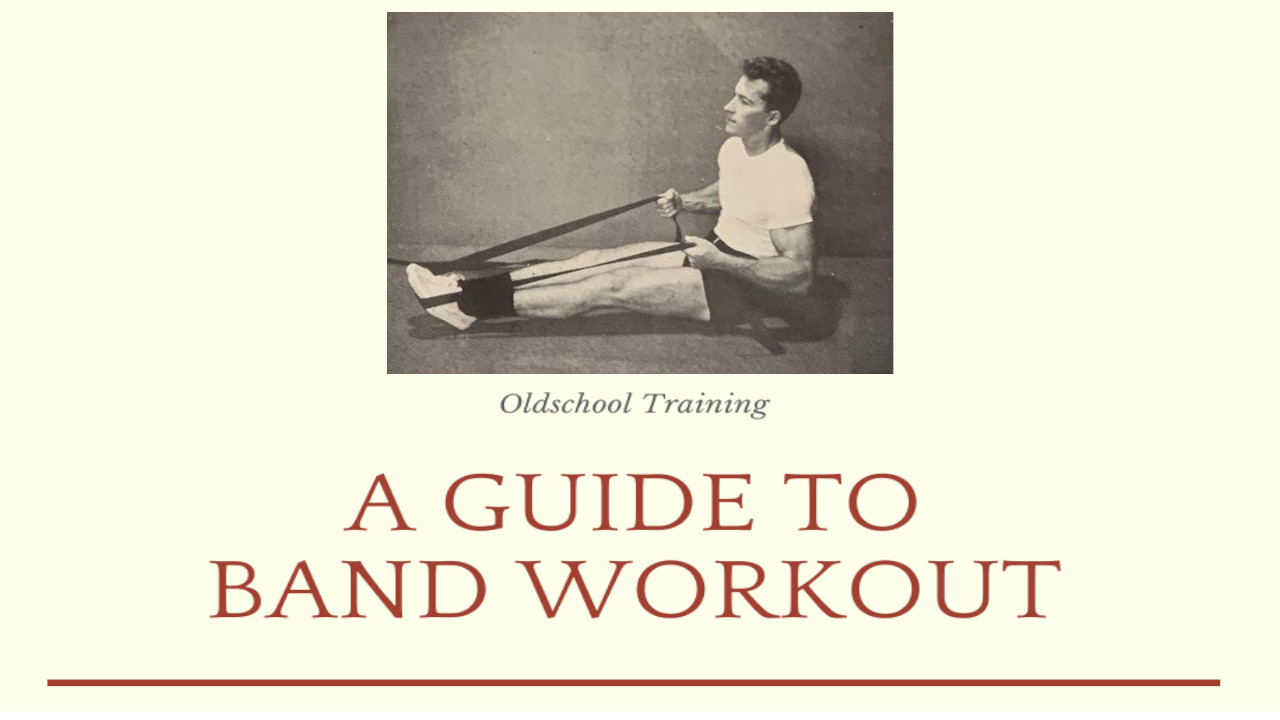 Are you young and broken and do not have access to any gym equipment? Are you a businessman without much time? That’s not a problem and shall not be an excuse to skip the experience of building muscle and fitness! You can substitute weights with bands or resistance work!

Even bodybuilding stars and Mr. Universe Winners ‘John Grimek’, ‘Reg Park’ and Mr. America ‘Chuck Sipes’ trained with bands, strand or chest expander to keep their fitness or strengthen the tedons and ligaments!

The following Isometric Workout was developed by Dr. Richard Berger. Have fun! – Mr.Berg 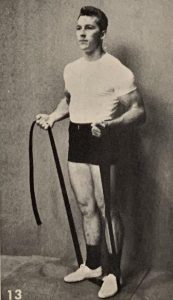 In standing position flex arms to 90 degrees. Grasp one end of towel and secure the other end under the feet. Attempt to flex arms maintaining erect position. 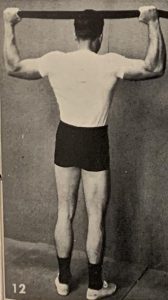 Stand erect and extend arms out to sides. Flex arms to 90 degrees and holding ends of towel attempt to extent arms 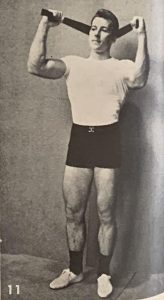 Stand erect and place towel behind head while holding ends in front of body. Attempt to move head backwards while resisting movement by extending arms. 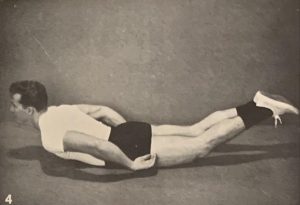 Lying in prone position raise legs as high as possible off floor while keeping knees straight. 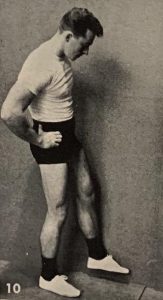 Standing sideways about 15 inches from wall raise leg to side. Reverse position. 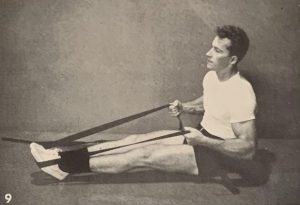 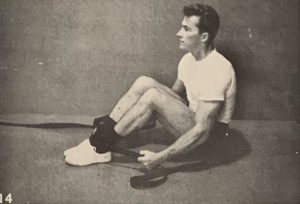 In sitting position flex leg to 90 degrees. Wrap towel around ankle and hold ends of towel while attempting to extend leg. 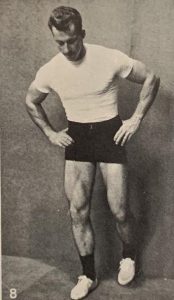 Stand with back about 12 inches away from wall. Attempt to flex knee.

In lying position with knees flexed as much as possible attempt to perform a sit-up. This must be done slowly. 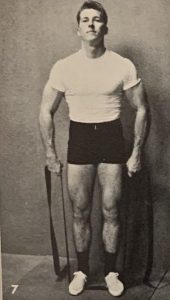 In erect position, hold one end of towel in hand and secure the other end under the feet. Keeping arms straight and towel taut, shrugs shoulders. 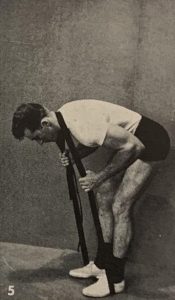 Three towels are needed or a rope 9 feet long. In standing position flex trunk until parallel to ground. Wrap one towel around the back of the neck and grasp each end. Grasp the ends of the second and third towels which have the other ends placed under the feet. Attempt to raise the trunk. 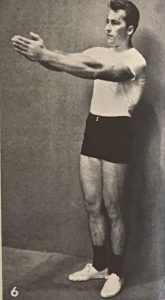 Holding hands in front of chest with arms extended, force hands together. 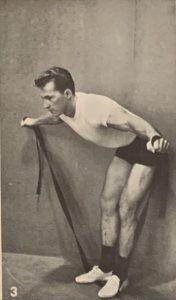 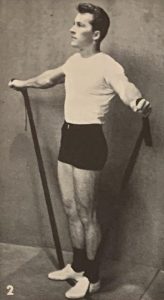 Standing erect with arms extended to sides grasp end of towel. With other end secured by feet attempt to raise arms.

In addition to isometric exercises which will primarily improve strength and endurance of the skeletal muscles, other activities should be performed which will strenghen the heart and circulatory system. Some of these activities may be running, swimming, tennis, handball, vigorous walking, or canoeing. One or more of these kinds of activities should be performed at least two or three times weekly.