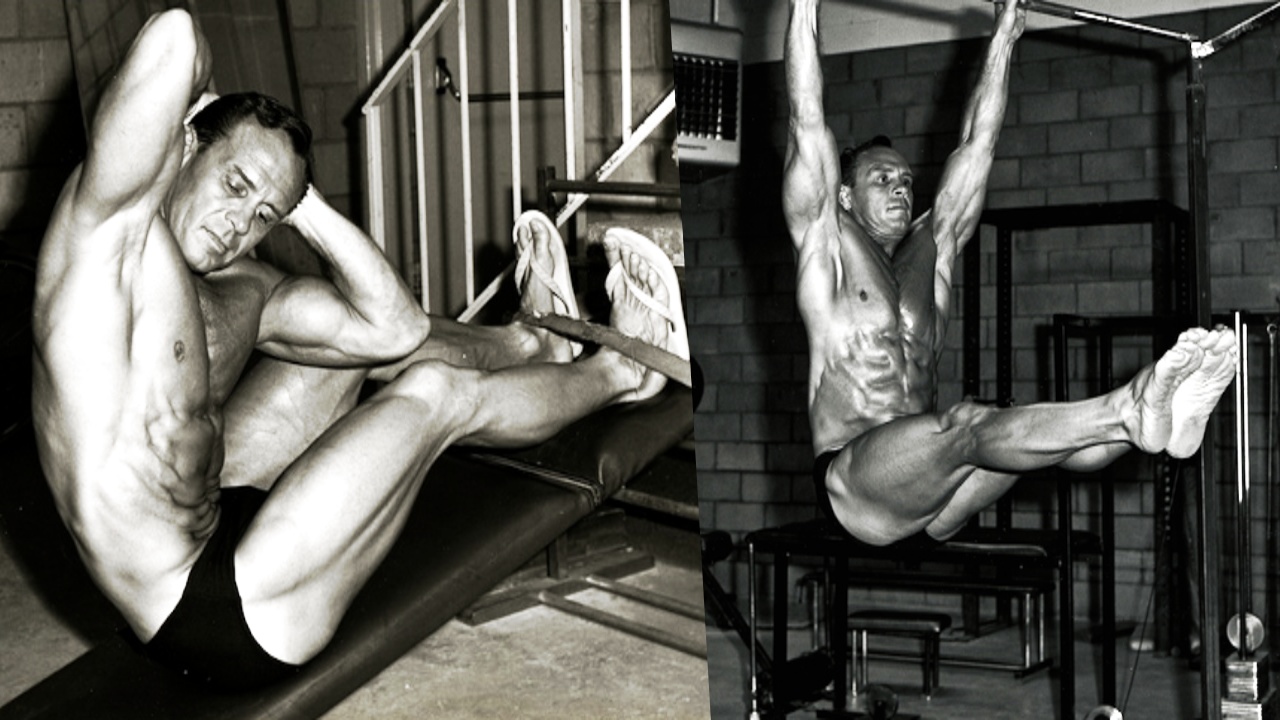 Irvin “Zabo” Koszewski (b. 1924 – d. 2009) was an American professional bodybuilder. Zabo served the United States in WWII in New Guinea where he contracted dengue fever and malaria. He brought back side effects, which he suffered with off and on his whole life. He also suffered with PTSD.

Despite being handicapped he won the bodybuilding titles Mr. Los Angeles (1953) and Mr. California (1954)!

Zabo started working out in his early teens. He had a hernia and it was never surgically treated. He started doing core exercises and and lifting weights. He was an all star athlete in high school – wrestling, track, swimming and football. Eventually repairing his own hernia through exercise.

John Balik of Iron Man magazine recalled that “he had a 10-pack of abs when everyone else had a six-pack. 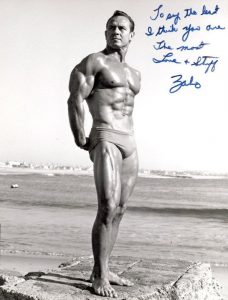 Note: These exercises are done for 1 set in above sequence, 7 times around.

Note: He alternated both exercises with 20 x 10 reps

All 5 day schedule of workouts are preceded by:

SUNDAY-He does what he feels like doing in his training. He calls this his “Goof off Day.” His training is done in the early afternoon at Gold’s gym and needless to say he trains very fast.

Much swimming in the blue Pacific and running on the beach is done as a further part of his exercise program.