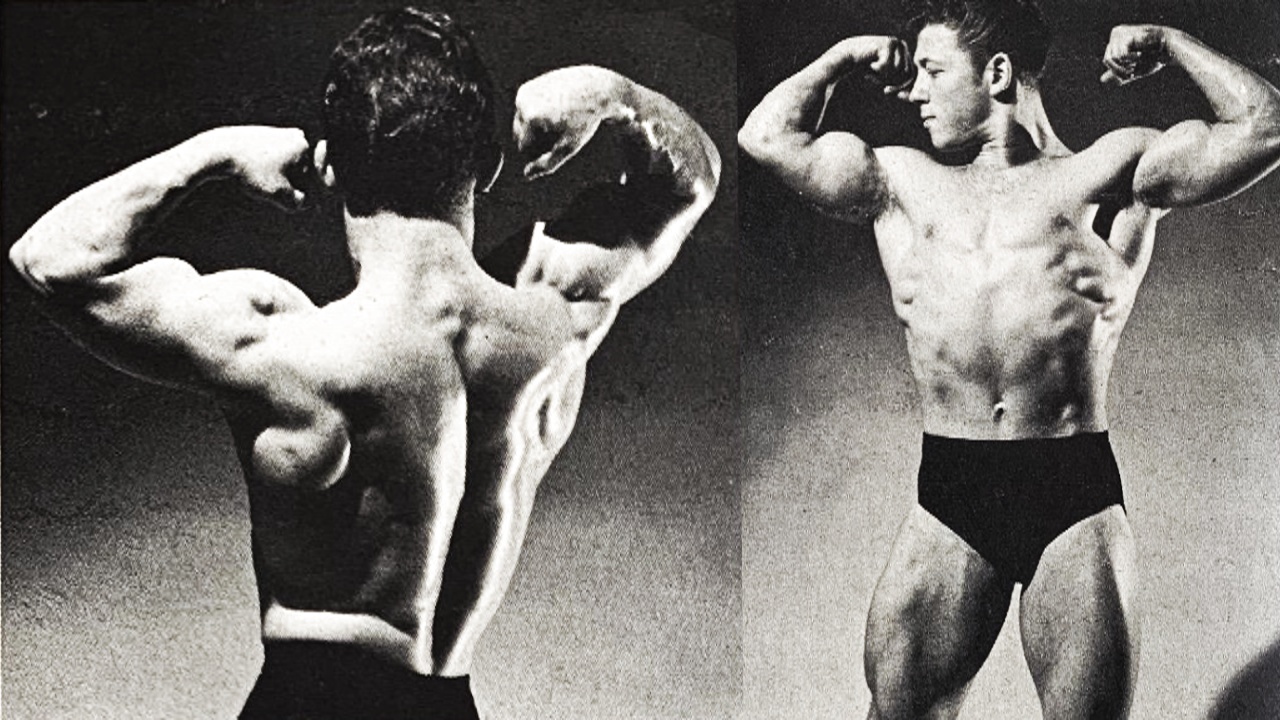 Isaac “Ike” Berger is an American retired weightlifter, who competed for the United States at the 1956, 1960 and 1964 Olympics and won one gold and two silver medals.

Isaac is 5’2″/152cm and weights 132 to 135 lb. He is perfectly formed and with great sense of humor. The Gym Members mentioned to Isaac that Napoleon was only 5 feet, one inch – and yet he conquered most of the world. “Okay”, said Isaac, “If Napoleon could do it, I can do it better.. how much could he lift?”

Isaac Berger was born in Jerusalem on November 16, 1936, and when you know that, readers will begin to get the true picture. There was a war on through all his growing years. He can remember fightings, and the groups huddled together indoor with the sound of firing outside.

He can remember scuttling through alley ways to bring food for his relatives and neighbors. He can remember hardship and privation and insecurity and hate and agony. His family was lucky enough to be admitted to America in 1950, and his father was employed at trade of diamond-setter in Brooklyn.

He did play a little soccer in Israel with the other kids when the war wasn’t going on. He arrived in America a bit late to play Yankee type football and baseball, or even Brooklyn-type stickball. But he can do some tumbling and hand balancing.

Then continued in 10 pound jumps times two repetitions until he is within about 40 pounds of his limit. After this point he did only a single press with each weight, adding 10 pounds after each success until he eventually makes a failure.

He then put 190lb on the bar and commences doing singles in five or 10 pound jumps until he rached his limit.

At times he would try a weight with which he might fail several times, and sometimes he succeeded on a second or third attempt. Invariably he was good for 220 or 225 and occasionally for 230, particularly when one of his training partner or a spectator had a spare buck to wager against him.

At times he tried more than limit, and although he had 235 or 237 overhead more than once, he never succeeded in standing erect with this poundage.

Isaac frequently succeeded with 300 or 310, and even 320lb. When he feels good, he jerked the weights after cleaning them.
At other times he concentrated on his form in the jerk by handling heavy weights from the rack. 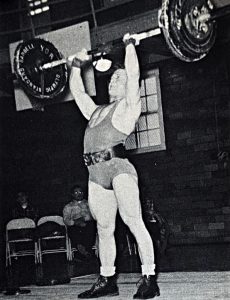 He never did more than two repetitions even in the assistance exercises.

Isaac’s best in this exercise is 270 pounds, along with Dave Sheppard, Berger believed that the incline press is the real secret behind phenomenal pressing power. 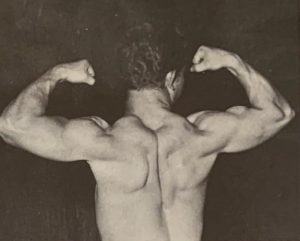 He did singles in the high pull. He used leather or webbing straps to assist his grip, and from a starting poundage of 200 pounds worked up to 300 in 20lb increments.

His hands are spaced on the bar at approximately the same width he used for the snatch.

Squat
When he is feeling good and training hard, Isaac squats twice a week. The bar is taken off the rack. Like his training buddy, Sheppard, Isaac believed that five counts build optimum power.

Philosophy
Berger trained three times a week and did very few reps. He starts by doing a few warm-up rep cleans and presses, but soon graduates to single attempts. He may try to do ten singles with some weight over 200lb in both press and snatch. He used to wear a t-shirt and sweat pants in training. He was careful to warm up throughly, and wore a lifting belt when worked on his press.

He followed the three Olympic lifts. In addition, up until about two weeks before a big contest, he also did incline presses, full squats with the bar held across the shoulders behind the neck and on the chest in the clean position, and high pulls

He does some pretty heavy “Fast” pull-ups, trying to  bring the weight above his waist, but other than this, he does no squats, no supporting feat.

He did no bodybuilding of any type – nothing but weight lifting. He will press and snatch twice a week, and do some clean and jerk training once.

The main reason for his fast progress has been actual competition with gold-medalist Chuck Vinci, and the training and lifting hints he absorbs by being among the best lifters and trainers in the world .

During this time he had a tendency to “swing” his snatched instead of pulling them straight up, something like the style used by the famous Egyptian Shams. He was endeavoring to correct his pull and to jump “down in front” as his squat snatches, and some day soon he will find the groove and jump his lift ten or fifteen pounds.

One day Chuck Vinci tried to get Isaac to try his limit in the two hands curl.

“Nothing doing,” said Isaac. “I’m not strong. All I can do is press, snatch, and clean and jerk!”