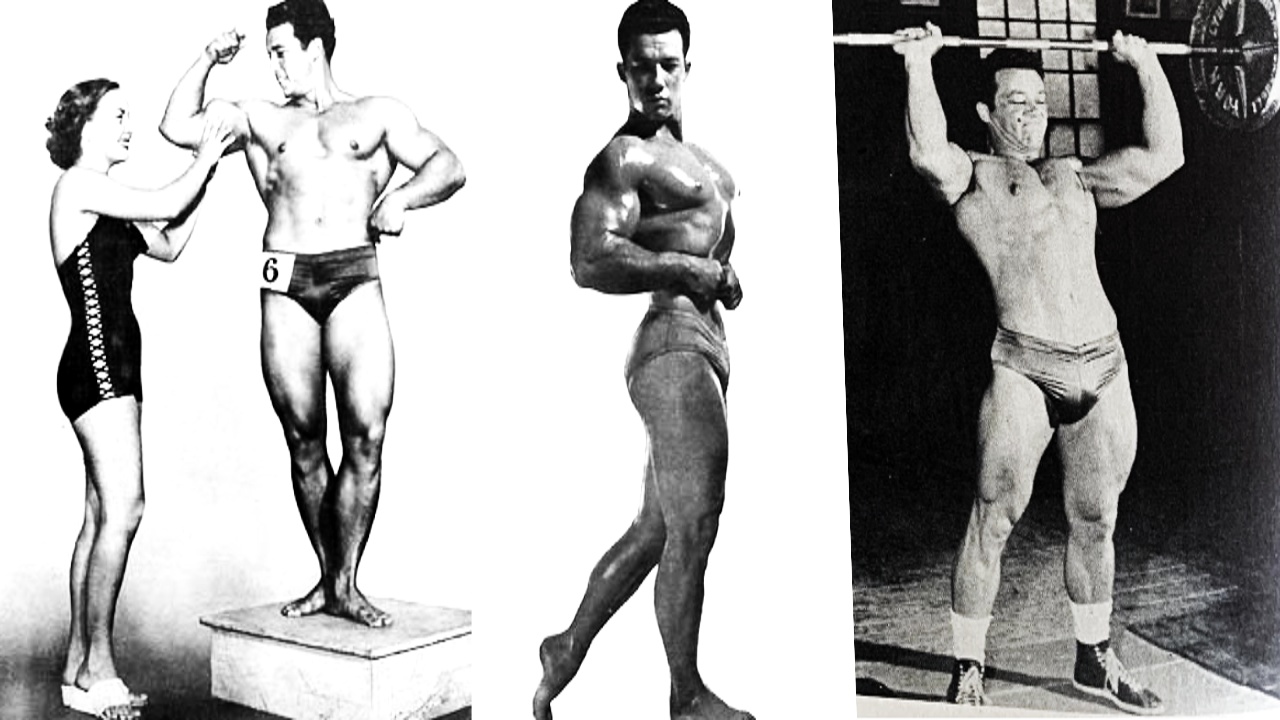 Jim Park. 1952 AAU Mr. America, was raised in Brave, Pennsylvania, population 500. At age 17, Park left school to join the United States Navy. Discharged in 1947, he moved to Chicago to attend the American Television Institute. Living at the YMCA hotel, he began weight-training.

Jim Park’s training for the 1954 Mr. Universe contest involved three phases, an all-around exercise routine for every part of the body, a specialized program for arm and shoulder development, and work for definition which involved careful attention to diet as well as exercise.

He began his workouts with heavy pressing, varying barbell and dumbbells from day to day in order to add interest to his training. After pressing he preacticed lateral and forward raises, followed by the upright rowing motion and this completed his shoulder specialization. 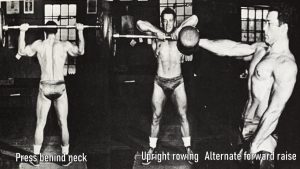 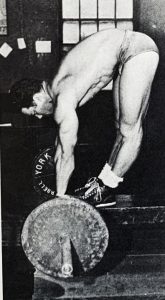 Note:  He deadlifted on bench to allow full stretch. He occasionally worked up in the regular dead lift with low repetitions, finsihing off with heavy singles to as much as 500lb.

Note: Occasionally he worked with weight for less reps on a steep incline. This would sometimes be as steep as 45 degrees with 25lb for 20 reps, or 50lb dumbbell for 10 reps with only a slight incline.

Note: Calf development is important. It is the detail to win big contests. He used the York leverage machine, which Jim designed for the rise on toes movement. He did this with with the balls of his feet raised so he could concentrate on stretching as well as contracting the muscles.