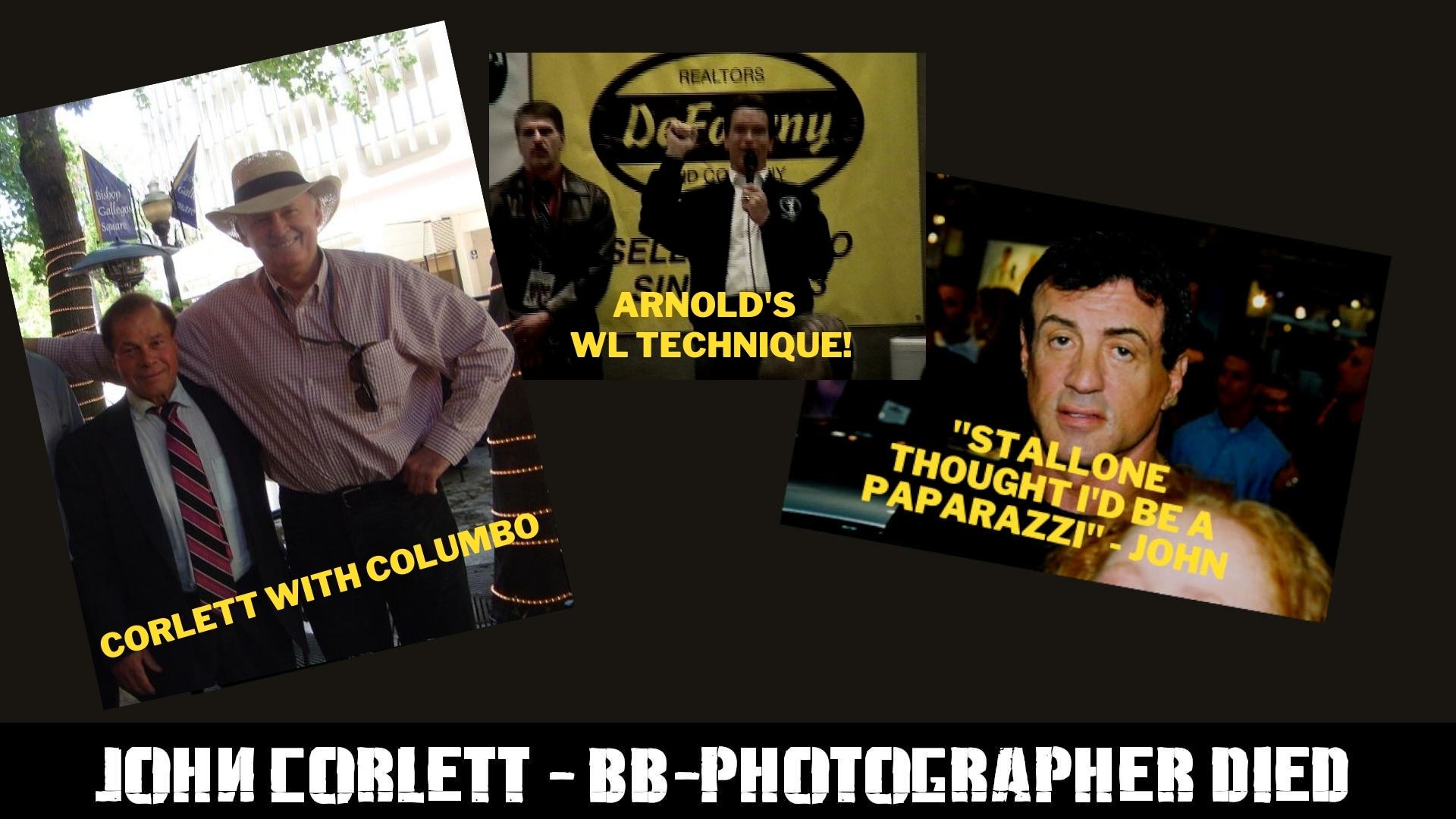 Today, the world of bodybuilding lost a great photographer, physical culturist and human. As I started my website neckberg, I was looking for bodybuilding pictures, especially of Schwarzenegger and the golden era gang. I contacted Albert Busek, Wayne Gallasch and so on.

But both didn’t allow me to use their great photographs.

One day, I became aware of John Corlett, a none-commercial photographer. He published a lot great and rare pictures of the Golden Era: Columbo, John Brown, Sylvester Stallone. I asked him if it would be ok to use them for my website, and he just accepted.

I offered him money in return, but apparently, he wasn’t interested in money at all. Furthermore, Corlett was a big fan of Schwarzenegger and had the opportunity to meet him. He photographed everything strength related and even took record of Arnold’s speech, in which he’s explaining how he used to weightlift. That’s really an iron-treasure, which Corlett documented very well.

John Corlett wrote: “I thought I listening to the ghosts of Harry Paschall and Bob Hoffman! I’m not kidding. He was extrolling the benefits of weightlifting specifically and free weight-training in general saying they worked the muscles in a “completely different” manner compared to “machines”. Providing a written transcript would not do justice to his performance with all of the voice inflections and nonverbal gestures that went together with his words. I saw him about an hour earlier at Tony Nowak’s booth and he was very quiet but here he was like a giddy neophyte lifter. He was in full charm mode. A week later (March 11) a friend of mine saw him working out in downtown Sacramento- on machines!

He said when he started to train, it was mandatory to train as a lifter at least part time- you could not train as a bodybuilder only. He said that he traveled to various villages and towns with the team to compete as a lifter at age 16. This is all on my tape. I agree that training with free weights does seem to work the body somewhat differently, and for me at least, better (more ligament and tendon involvement probably). It is just the way he expressed it- like “you people know the real secret”. But, hey, that could be just the way I interpreted it.”

I enjoyed John’s writing about the iron history and I was always fascinated to learn something new. John Corlett will be definitely missed by the iron-game family. Now he’s gone, but his writing and photographs will not be forgotten!