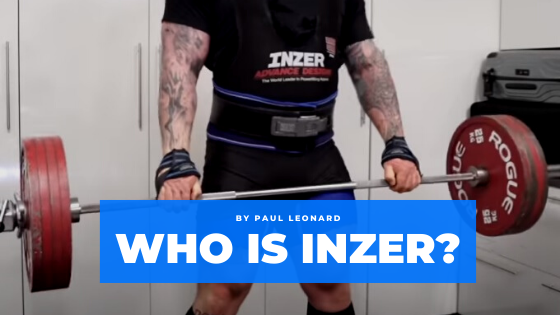 I just finished watching Thor Bjornsson deadlift 970lbs for a triple at his house during the height of the world COVID pandemic. Thor wears a perfectly fitted Inzer deadlift suit that he does not try to cover up with sweats or gym clothes. Although more lifters today train and compete raw, without supportive gear, today’s strongmen competitors think nothing of wearing supportive gear for any event that permits it, such as their deadlift and squat competition events. 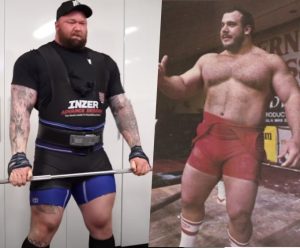 So you have Thor, the arguably the greatest deadlifter in the world in 2020, and 35 years ago the world’s best bencher Ted Arcidi was using Inzer supportive gear to set all time world records. I would call that staying power people, as well as supporting strength sports for almost four decades.

As a powerlifter since 1986, I have used Inzer products since the beginning of my career, winning the 2000 USPF Bench Press National Championship, as well as best lifter with a 534 bench wearing an Inzer Single Ply Denim Shirt. I was fortunate enough to be sponsored by Inzer for three years, at the height of my Powerlifting career. How did this come to be? After some perceived less than stellar customer service from his company, myself and Art Labare would spray paint over the Inzer logo when we competed nationally. We did this because we were nationally ranked lifters but we felt that the Inzer company did not provide us with our ordered supportive gear as quickly as they did for our competitors.

We posted our protest on some Internet Powerlifting message boards after a weekend meet, and Inzer contacted me immediately the next day. I spoke with Peter Thorne of the Inzer Company and we negotiated a sponsorship that was mutually beneficial for both myself and the company. To me, this action showed how in tune Inzer was with his customers, with Powerlifting culture, and that he respected lifters who took pride in their performance. My training partner in those days, Josh Bryant was also sponsored by Inzer, who was very generous to Josh and, in turn, the lifters that trained with Josh. Josh would have up to 20 bench press shirts in his vehicle at any one time and these were passed around frequently. I was the beneficiary of many Inzer items mailed to Josh for my then garage gym, Yorba Barbell.

Advertisements for Inzer Advanced Designs began appearing in Powerlifting USA Magazines in 1984, as I would say that John’s company was the # 1 advertiser in Powerlifting USA, as well as Monster Muscle Magazine and the Power Magazine. In the Eighties, Inzer sponsored the biggest meets in the world such as the Hawaiian World Record Breakers as well as Senior National Championships. Inzer also created and sponsored his own meets such as the Deadliest Deadlift meet as well as the Greatest Bench in America meet held in Dallas, Texas in 1995 and site of some all time world record performances.

John Inzer was not just a business mogul, he was also a damn great lifter himself who was known for his prolific sumo deadlift, thirty years before the sumo explosion we see today with Cailer Woolam and Yuri Belkin. John’s best official deadlift is 358kilos as documented by the Open Powerlifting Website.

John competed in 4 Senior National Championships in the late 1980s, three Budweiser World Record Breaker Meets, and one APF World Championship Meet on Maui, Hawaii in 1986. John’s best official lifts were a 338 kilo squat, a 157 kilo bench, and a 358 kilo deadlift. All of these lifts were done at National or world class level meets. A YouTube Search of John Inzer will reveal the dramatic nature of his deadlift record success at 748 lbs weighing 165 lbs on a fire lit stage.

John’s company also sold video tapes of all the biggest meets of the eighties and mid nineties. I can attest to the high quality of these tapes as me and my training partners watched them hundreds of times in college and they are still in tact today. Some of the greatest lifts of all time, to include Ted Arcidi doing the first official 705 bench, Fred Hatfield squatting 1014 at 258, Ed Coan totaling 2200 at 198, and Doyle Kenady pulling 903 at 300 lbs body weight were captured by Inzer film crews at the Budweiser World Record Breakers.

I continue to lift myself today at age 52, because the supportive gear that I wore at 3 Senior National Championships as well as a Can Am Meet, protected my joints and prevented muscle tears. I tore pecs three times in my career, but never when I was wearing a bench press shirt. Thank you Inzer Advanced Designs for allowing me to lift heavier as well as longer.

Research of Inzer Advanced Designs determined that the company is currently still based in Longview, Texas, John is still the CEO, the company employs 55 people, and has annual revenue of over 10 million dollars.

John has shared his deadlift workout through the pages of Powerlifting USA Magazine after he pulled 780 at 165lbs. As a deadlift specialist, John advocated deadlifting heavy once per week for 3 to 4 sets of 2 to 6 reps. He would deadlift a second day of the week with the same rep and set scheme but would only go to medium heavy weight on his top sets. John liked to do assistance work that consisted of lat pull downs, cable rows, shrugs, abdominal exercises and grip work- specifically grip holds. John would hold a slick chrome bar with one hand at a time for up to 15 seconds in order to build up his grip strength. Ed Coan recommends similar work. Sit-ups on a decline bench holding a 100lb plate were an Inzer staple for gut strength. As old school as it gets.

Over twenty years ago, John had an article published in Powerlifting USA about the power of compelling outcomes and goal setting. Everything he said in the article came true. This article was one of the best goal setting and motivational articles I have ever read and can be obtained through a simple google search. I highly recommend you do so my fellow iron addict.

Jon Inzer continues to give much to the strength world and is a pioneer, competitor, and mogul you should know about and support.