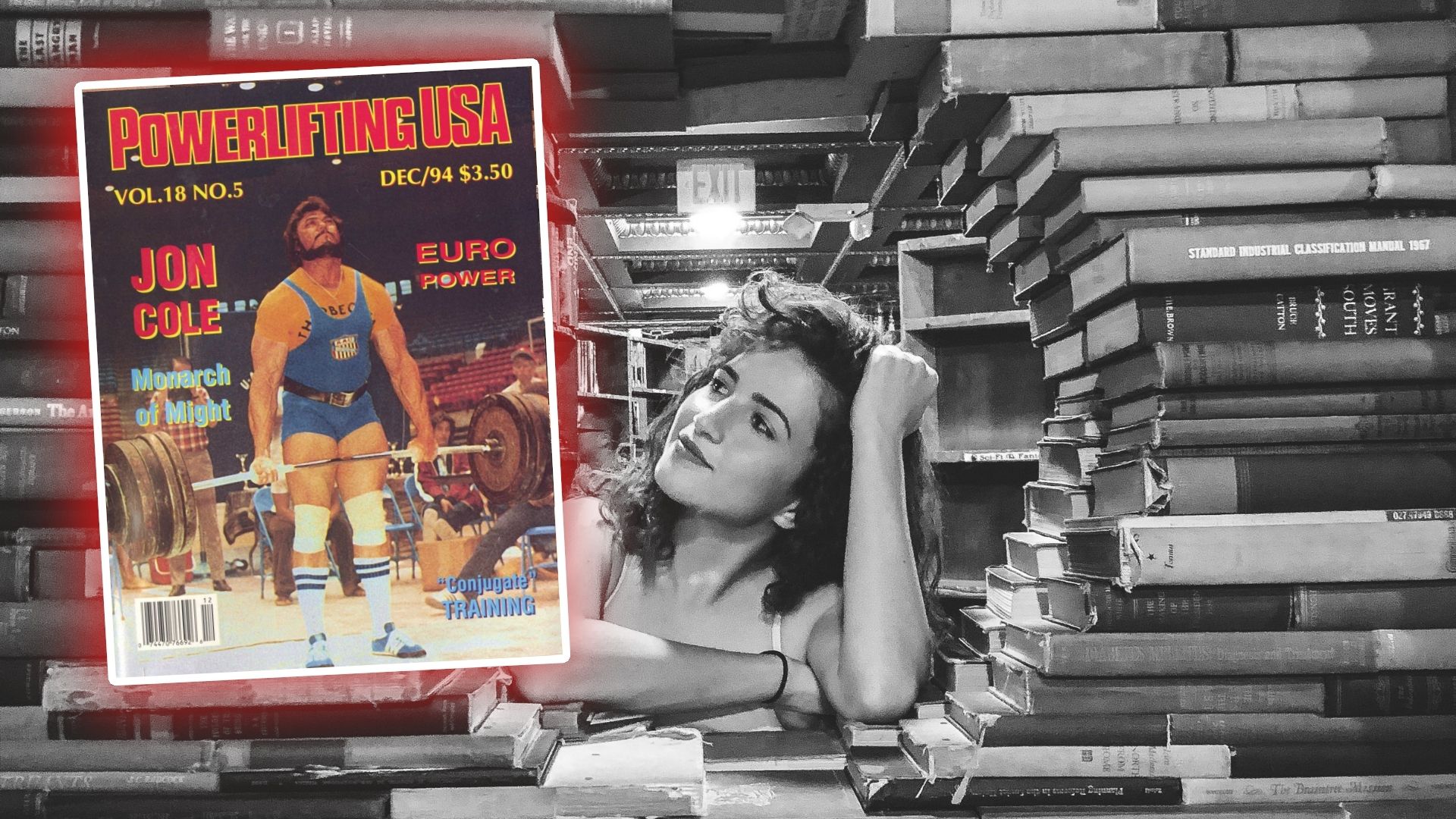 Jon Cole is still revered by hard core strength training practitioners the world over for the feats he accomplished almost 50 years ago. Jon held the all time super-total record for over a quarter of a century, with the highest official combined powerlifting and Olympic lifting totals. Jon weighed 282 when he did his best official lifts and held the super- total record until it was broken by 400lb Marc Henry. Although Louie Simmons and Westside Barbell get much credit for the popularization of the conjugate or concurrent system of training, Cole used that system in the late 1960s to build his incredible strength, without naming it conjugate.

I have been fortunate enough to interview Jon’s long time training partner, Marv Allen, as well as others who trained with Jon or saw him train such as Brick Darrow and Mike Civalier. Bruce Wilhelm wrote an excellent article about Jon for Milo and Herb Glossenbrenner also documented Jon and his training philosophy in Powerlifting USA Magazine.

Herb gave me the video footage of the 1972 Arizona State Powerlifting Meet at which Jon hit the first official 900lb squat and also benched 580, with a close miss at 600lbs – this footage appears on my Instagram as well as my YouTube Channel, Paul L.

Ron Fernando was a fabulous training writer for Powerlifting USA Magazine and was Arizona based during Cole’s peak years so he was able to correspond with Jon and document their conversations. Jon detailed his training to Ron, and it is exactly how Wilhelm and Ken Leistner described hearing it also from Jon.

Ron Fernando and Dr. Ken Leistner both documented what Jon told them in published material, as well as Bruce Wilhelm who trained with Jon at his peak and can be seen spotting in the footage of Jon’s 900lb squat. All three of these esteemed strength scribes details how Jon would bench and squat in the same workout and then do arm work. Jon preferred to bench press twice per week one week with one incline bench workout between the regular bench workouts. One bench workout would be a 5 X 5 with medium weight and the other workout would be 5 sets of 3 reps heavy. The incline workout would be a 5 X 5 between the two bench press workouts.

The next week there would two incline bench workouts, one heavy with 5 sets of 3 and one medium with 5 sets of 5 reps. In between those two workouts would be a regular bench press workout that was 5 sets of 3 reps for heavy sets.

In talking with Brick Darrow, he said Jon would tell him they needed to finish a workout with fingers and toes- which meant forearm work and calf work. One only needs to look at the image of Jon on the December 1994 Powerlifting USA to realize he had 22” arms at approximately 250 lbs bodyweight. Jon’s calf routine was 6 sets of 20 reps with 2 sets of toes pointed in, 2 sets pointed out, and two sets of feet straight calf raises. Brick, who has run a Powerlifting gym for over 50 years has seen many powerlifting legends, but he says Jon was “a true freak of nature” with a size 10 shoe, so he was no genetic monster. He said Jon would add cans of tuna fish to casseroles he would eat in an effort to bulk up to break the all time total record on multiple occasions. At the time of Jon’s 6 plus hour powerlifitng workouts, Jon would drink a can of Nutrament every hour to fuel his body.

There are reports online at the Ironmind Forum that Jon once did a dip with 500lbs attached to his body for a single rep. I have read reports from famous powerlifter Gus Resthwich that he saw Jon do behind the neck presses with 285lbs as well as smoking a universal forearm wrist roller at its highest setting with blazing speed. When I posted about Jon on my Instagram recently, a person posted that he used to see Jon riding his bicycle on University Avenue in Tempe, going between Thorbecke’s and the gym at ASU. Jon, who had an intense personality by all accounts, would train for 6 to 8 hours per day, twice a week on Tuesday and Friday. Multiple training locations and stimulations in the same workout is an example of the conjugate system of training.

Jon, who had a rivalry with Paul Anderson in the pages of Muscular Development, followed Paul’s lead by getting as strong as possible on the powerlifts as well as the incline bench, and this carried over to Olympic lift success. According to interviews with Jon, by Herb Glossenbrenner and Bruce Wilhelm, Jon preferred to train the powerlifts instead of the three Olympic lifts of the day. Today’s lifters could take much from Jon’s philosophy of handling the most weight in the traditional powerlifts, while still doing frequent muscle building workouts for his arms and shoulders with inclines and upright rows. I cannot find any reference as to what, if any, direct lat and upper back Jon did in addition to deadlifts, cleans, and upright rows. One look at Jon’s physique told you that his body had no weaknesses.

There are many lessons to be learned from studying Jon’s training and performances. Jon alternated heavy 5 sets of 3 reps training loads for a lift, with 5 sets of 5 rep workouts described as medium. Arms were worked twice per week with direct tricep and bicep work.