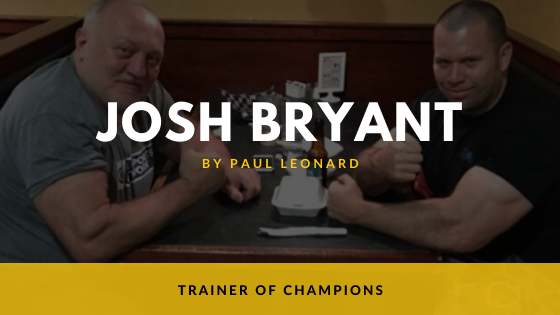 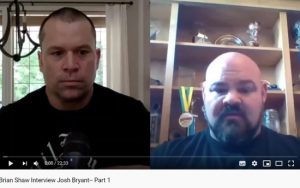 I am writing this piece during the world wide pandemic that has gyms closed, personal interaction discouraged, and every online trainer in the industry releasing content of how to do body weight exercises. During this time period, Josh has doubled down on his high quality content with YouTube interviews of four time WSM winner Brian Shaw, Bench Legend Jamie Harris, Powerlifting Hall of Fame Member Vince Anello, Strength Coach extraordinaire Bill Gillespie – and these were created and released in one week!

I have known Josh since he was a teenager, albeit one who could bench 500 raw, all while working towards being the world’s best three lift powerlifter. Josh rose quickly to become the youngest lifter in the world to bench 600 raw, ultimately ending up with a 620 raw bench, in addition to an official 810 deadlift and a 903 lb squat at the 2003 APF Seniors at Universal Studios Hollywood. Josh won the Atlantis Strongest Man in America Contest in 2005, with an 885 trap bar deadlift, 600lbs raw bench, 445lbs standing press, and a parallel grip pull up with 130 lbs strapped to his body. The head judge of this event was the GOAT, Powerlifter Ed Coan.

After trying his has hand at strongman contests, Josh focused on Bodybuilding style training with allies Brian Dobson, Branch Warren, and Johnny Jackson in Josh’s adopted home of Texas. Josh did not enter a bodybuilding contest, but he shaved off some body fat and built up his musculature while giving his joints a break from the heavy pounding he gave them from age 15 to his late 20s.

Josh grew up in the Santa Barbara, California area and was initially a boxer from the Primo Boxing Gym of Santa Barbara, fighting in some of the roughest barrio boxing gyms in Oxnard, California. Like most red blooded American males Josh was impressed with Pro Wrestlers at an early age, played high school football, and was an alpha male in an alpha family of his dad, Big Dan Bryant and his younger brother Noah, who was an All American Weight thrower at USC. Josh became best friends with Adam Ben Shea, a Brazilian Jiu Jitsu Blackbelt under the Paragon Jiu Jitsu School. Together they founded Jailhouse Strong, a strength and conditioning business which sells training instruction, programming, administers seminars, and creates written, video and podcast content. Josh’s expertise has afforded him a position on the prestigious Elite FTS Staff. 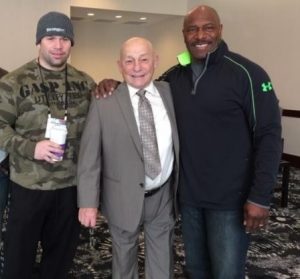 Josh has had many mentors in the strength sports, starting with Steve Holl, George Brink, Ed Coan, Gary Frank, Odd Haugen, Sal Aria, and most of all Fred Hatfield. Josh would drive over 130 miles to my garage gym to squat with me, Art Labare, Gary Hogan, and Gary Garcia beginning in 2000 and continuing this process for years so that he was around driven powerlifters. Josh moved to Baton Rouge, Louisiana to train with Gary Frank when Gary was at his peak, finally settling in the strength rich environment of Dallas/Fort Worth Area. 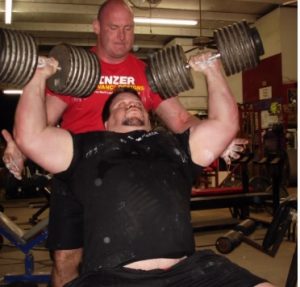 Josh trains hard to this day, focusing on being gas station ready with resistance training for the whole body, boxing training, sprinting, and conditioning to be ready for whatever challenge life throws his way. I am proud to call Josh a friend, as he is a young man who has lived his competitive and now his professional dreams by creating a business that helps so many, has preserved the concept of physical culture, and sincerely loves the strength sports and allies like Neckberg which keeps the roots of strength alive by sharing the history of what is important.