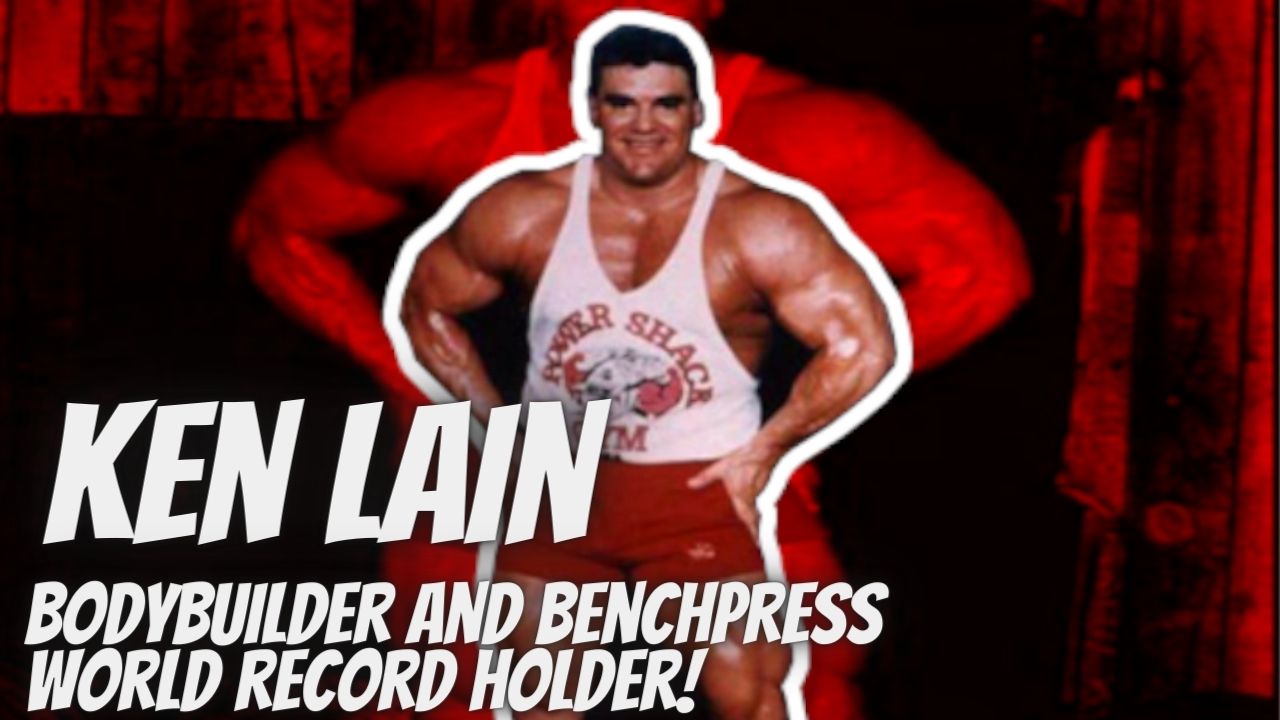 Ken Lain was training as a bodybuilder in the town of Abilene, Texas in the 1980s. Bench pressing became a very popular competitive strength test at that time through out the United States, with John Inzer of Texas also promoting the lift as well as his bench press shirt. Ken had a 525 bench press and then he began his odyssey of becoming the best bencher in the world for three years beginning in 1989 when he broke Ted Arcidi’s 705 bench with a 708 effort done in Texas.

After breaking the all time world record, Ken went on a mission that had him breaking the superheavy weight bench record three more times with a 711, 717, and 722. This crusade brought Arcidi out of retirement and the two began trading possession of the all timeworld record at that time.

After pushing his bodyweight to an uncomfortable level for him, the bodybuilder in Ken re-appeared and he reduced in weight to set the then all time records of 655 at 242 and 670 at 275. Ken was 42 years old when he did these incredible feats. I was at the 1991 Malibu Classic where Ken benched 655. Speaking with Ken after his attempt, he had an amazing physique and he told me that with the 24 hour weigh in, on the morning of the competition he had rehydrated to 275.

Ken then ate himself up to 275, benched 670 and called it a career at age 44. He retired undefeated in every bench meet he competed it- as Arcidi and him never benched at the same meet. Ken was interviewed in Powerlifting USA and said that he retired after setting the all time world record 5 times, in 3 weight classes with nothing to prove to anyone. Ken said it was hard for him to get to his heaviest weight, 294lbs, because he got sick of eating. Ken was an avid lake go-er and said at 290 he broke a couple tow ropes and could not water ski effectively to escape the Texas heat.

I was lucky enough to buy Ken’s VHS training tape and I recently viewed it after 30 years!
Lessons from Lain:

I am always impressed when I find information about a person who started off with general bodybuilding training and became a star powerlifter, bench presser or strongman competitor.