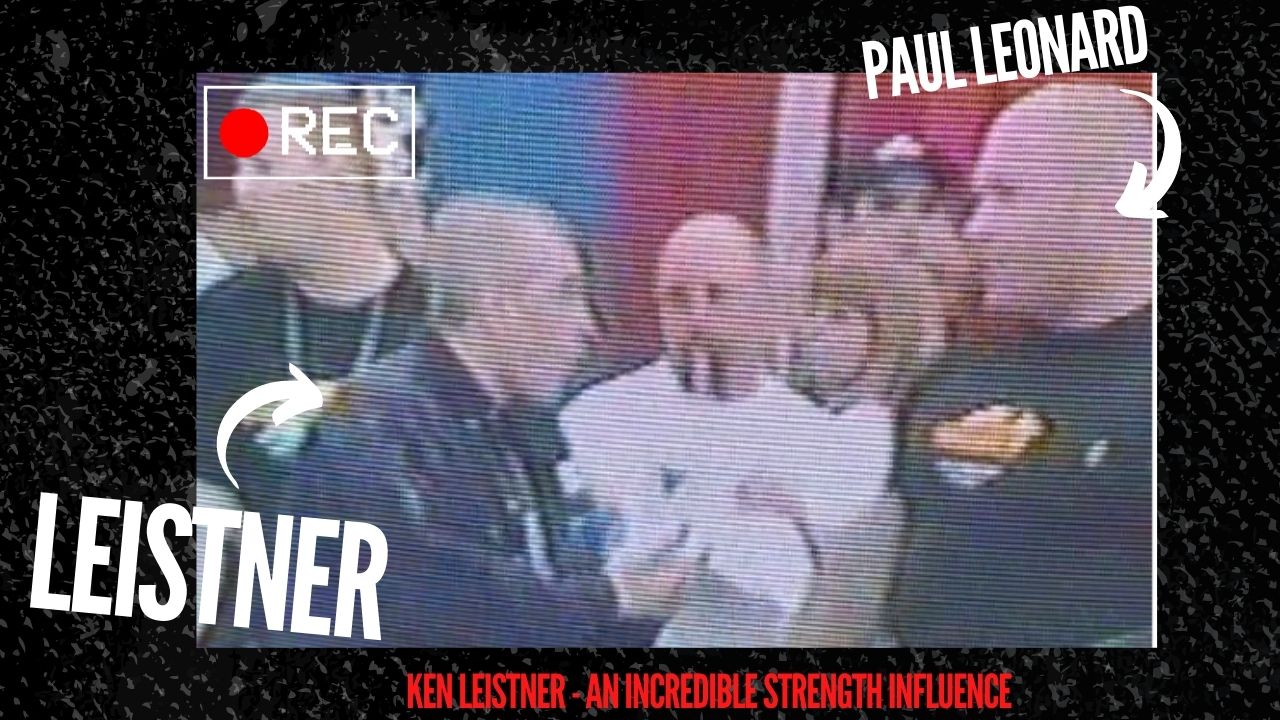 As soon as I became obsessed with powerlifting, I immediately began reading everything I could get my hands on such as Powerlifting USA. Dr Ken Leistner was the training editor for that magazine since its inception in 1977 until 2012 when the magazine ceased production. Dr Ken was a staple in Muscular Development Magazine during the eighties with great articles and pictures of his ridiculously hard training followers such as Kevin Tolbert. With the creation of Milo Magazine in 1993, Dr. Ken was a contributor to that quarterly publication for approximately 25 years as well. Dr Ken wrote a blog for the Powerlifting Support Equipment Company Titan called “History of Powerlifting, Weightlifting, and Strength Training- completing 124 posts from 2014 until the last post which was published 5 days before his sudden death on April 6, 2019. To be honest, I am shocked that there has been no post or written tribute to this great man on the Titan Blog/Website.

I will write this piece from my heart as I knew Dr Ken personally and I will explain how he influenced me greatly. I love to read about strength training and competitions almost as much as I like to train and compete in them. As soon as I began Powerlifting training and competitions in 1986, I subscribed to Powerlifting USA Magazine. Dr. Ken had a monthly column in that magazine that really formed my training philosophy that you must train as hard as humanly possible to make gains in strength and size. Recovery from training was critical in order to avoid overtraining and injury. Dr. Ken was a lifetime educator as well as a health care professional, i.e. a doctor of chiropractic medicine. In the late eighties Dr. Ken was published in Muscular Development Magazine with fantastic pictures accompanying his articles.

In 1988, a very kind and benevolent training partner named Dennis Coholan gave me every PLUSA magazine that had been produced since it’s inception in 1977, as well as a binder with the entire collection of the Steel Tip, a newsletter authored by Dr. Ken for 3 years. I would devour these newsletters as well as the PLUSAs, many of which had multiple Dr Ken articles in them. Dr. Ken wrote at least one training article per magazine, but he would also write contest result reports for World Championships or profile various strength personalities. To this day, I still utilize information that I learned from the Dr’s writings.

In addition to hammering the point home that hard and brief work, from which you were able to correctly recover, is the key to an increase in the resistance you train with – Dr. Ken provided interesting ideas on odd object lifting and how to make conditioning strength oriented. Many of the Muscular Development articles had awesome photos showing Dr. Ken and his maniacal trainees like Kevin Tolbert lifting kegs, anvils, wooden barrels, I-beams, chains, and even de-fused bombs! Dr. Ken opened my eyes as a teenager to all the various implements and modalities that could be used to strengthen a lifters body and spirit in a motivating and functional way.

In the summer of 1987, I got my first physical labor job, working at the Waltham Engineering Corporation in Waltham, Massachusetts. The company building was a huge turn of the century factory built on the Charles River that was being refurbished for modern office spaces. My assignments involved stripping old tile floors down to the original wood that had become popular again in the eighties. Wearing safety goggles and using a chisel while another co-worker heated the floor up with a torch, I would hammer off the old tile to reveal the wood underneath the ceramic tile material and layer of old tar. This was tedious back breaking work at times – with the only reward being the opportunity to take a wheelbarrow, once loaded with debris, out of the building to a dumpster.

The other college kids who were working this summer job with me avoided any hard work like the plague but I reveled in it, primarily due to my father’s work ethic as well as Dr Ken’s writings about his family’s work ethic, how being an iron worker made him stronger, and how physical labor made you tougher both physically and mentally. I had strained my back in June deadlifting and so for that summer of manual labor, I worked around the deadlifts by doing loading, demolition, and weighted carrying. I had never heard of the concept of GPP, which Louie Simmons talked about over a decade later – but this was exactly what I built then. By the end of the summer, my bench press- which I focused on that summer, was strong enough to win the Massachusetts Teenage American Drug Free Powerlifting Federation State Championship with a 315 at 220lbs. I had put 50 pounds on my bench press since graduating high school the previous year. This was done by doing manual labor from 6 am to 2 pm, then immediately going to the gym after work to train 4 days per week. I learned such discipline as a teenager due to reading about Dr. Ken and other strong men he had worked with or trained over the years.

Fast forward ten years and I was established in a professional career and living in Southern California. Much like many of Dr Ken’s stories about his youth, when I was old enough to travel from the east coast to California, I relocated there and did not just visit. I had a great garage gym in Orange County called Yorba Barbell and I began selling a tape of our training in the garage via a message board for powerlifting called Go Heavy. I was contacted by Dr. Ken who wanted to purchase the tape so I sent him one immediately. Dr. Ken wrote about my tape in a 1999 Powerlifting USA article he authored, endorsing the tape. This made sales of the 2 hour VHS tape skyrocket and I was able to buy many more pieces of equipment for the gym, as well as travel to the 1999 IPA World Powerlifting Championships in York, Pennsylvania.

1993 was a great year for strength training enthusiasts, as the great training publication Milo was first published. This quarterly journal contained Dr. Ken’s articles as well- with an emphasis on training programs that work to get stronger and bigger. Now serious lifters would get Dr Ken in PLUSA until 2012 and Milo until 2018. Following the cessation of both publications, Dr Ken’s writing appeared on the Titan Support Systems Website until 5 days before his passing. Dr. Ken loved and coached football at various levels and his writings about that sport can be found on Helmet Hut. The owner of that site posted a moving tribute about Ken’s passing.

There are some great YouTube videos of Dr Ken, including a famous one that is legend in the hard core strength community of Dr. Ken’s workout he filmed to be sold to raise charity for a local charity that was important to the Dr. The clip appears on STG Strength and Power’s YouTube channel. It was filmed on April 22, 2000. Dr. Ken opens the tape by saying he is making the tape for his family, so that his kids can see how he trained if for some reason he was to drop dead. The tape has to be seen to be believed because he is so strong and appears healthy as any high level strength athlete. I had heard of this tape but did not know I could have purchased it back in the early 2000s – I would have. I had not seen this tape until approximately 2019, at the time the Dr. passed.

Less than two years after the tape was created, I got to first meet Ken at the 2002 Northeast Strongman Showdown, where I competed. Dr. Ken and I met before the competition and he immediately began motivating me and inspiring me to do my best that day in the contested events. The Dr. was extremely motivating in person and he got me plenty fired up to do my best.

Lay the foundation for a powerlifting career with lessons from Dr. Ken:

Dr. Ken practiced what he preached, as evidenced by his YouTube clip. Anyone who can squat over 400 for 20 plus reps is strong as hell. When I was in college, I worked up to a set of 315 for 20 deep reps in the squat. Such offseason work, i.e. when I was not getting ready for meet, really built my muscle mass and mental tenacity.

Dr. Ken stressed balanced training, hitting every muscular structure on your body with a compound exercise. I learned how to stiff leg deadlift from the Dr, as well as how to make sure I train my back of my body was hard as the front, showy muscles.

As for how to grow the biggest arms possible, his advice was to build up to 200 lbs for ten reps in the strict curl. I was never able to do this feat, but I did have 20” arms when I got over 300lbs in bodyweight.

Dr.Ken always wrote with a sense of respect and reverence for the history of Powerlifting and it’s founding fathers. I always try to emulate Dr. as I have nothing but positive information to write and share about the greatest strength sport in the world.