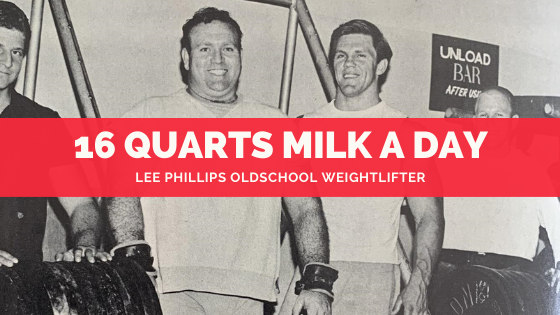 Lee Phillips was the biggest and most promising heavyweight lifters in the United States but also one of the least seen and therefore least known!

There is no question that Lee was one of our top heavyweights. He proved this when he placed third in the Olympic Tryouts with a very impressive 1074 total. And what’s more, he looked as though he were capable of breaking that 1100 barrier, but the extreme heat and some bad breaks dictated that this was not night for the big breakthrough.

When you sit next to this six foot, 309 pound athlete who looks more like he should be out fighting bears with a stick than lifting weights, you can’t help but get the impression that this man must have been born half-grown.

But in fact he was quite small as a youngster and was not expected to live. You may not believe this, but he was the typical 97 pound weakling when he started to train. He was 4’11” tall and weighed all of 97 1/2 pounds. He started training eight hours per day and believe it or not, three months later he was 5’7″ tall and weighed 167 pounds.

He had been training for some years without getting anywhere. Just keeping in shape and entering a few contests. One day he decided that he wanted to be a top international lifter. It wasn’t hard to figure out that he would never make much of a heavyweight 210lb, so he started to train in earnest in an effort to bulk up and gain strength. Eight months later he tipped the scales at about 290 pounds!

He just ate a lot of food and drank 16 quarts of milk a day. After all, that’s one quart of milk for each hour you are awake.

Lee was a good athlete in high school and college. He was all C.I.F. (California Interscholarstic Federation – includes about 350 high schools) in three sports – football, track and gymnastics. In college he continued his gymnastics, but received most of his honors in football where he made Little All American. After graduating from Los Angeles State College with a B.S. in Chemistry, he entered the service and made the “in service” All American team. In fact, Lee had an offer to play football with one of the top pro teams, but wanted to retain his amateur status.

This 35 year-old powerhouse from San Gabriel, California has been successful in other sports, but wanted most of all to be a top international lifter and trained with this object in mind. 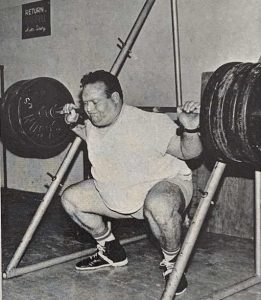 He was not one to just sit and idly wish to reach the top and do nothing about it. His usual schedule called for from four to six days a week training. Lee was a firm believer in doing heavy bodybuilding during the off season and as Lee explained it, “I think all weightlifters should do bodybuilding movements. I myself enjoy bodybuilding exercises – done in a heavy way – such as bent over rows, squats, cheat curls, dips, pulldowns, etc.

When bodybuilding I keep the sets high – about three to five. I usually spend Monday and Thursday on bodybuilding movements and Tuesday and Saturday on the Olympic lifts or lifting movements such as power cleans or power snatches plus rack work – isometric, isotonic, or just partial movements”

In addition, Lee did five sets of 30 reps in the leg raise each day. He believed that by including bodybuilding in his training he can become a more efficient lifter as bodybuilding movements improve leverage, athletic ability, and help to stimulate interest in competitive lifting.

This is the training schedule he was following prior to the Olympic tryouts.

For the 1965 Senior Nationals he was training harder than ever. He trained six days a week – bodybuilding three days and performing lifting movements three days – and running four days a week.

By following this routine, he took his weight down to 278 and then built it back up to 292. He feels that this will help his leverage and speed. Incidentally, his waist measured six inches less than it did before he started his new training routine.

Since Lee usually varied his workouts according to how he felt on a particular day, he did not outline an exact training schedule, but preferred to list the exercises that give him good results (although he did not perform all of these exercises at one training period or even in one week).

These result producing exercises and how he trained on them are as follow: 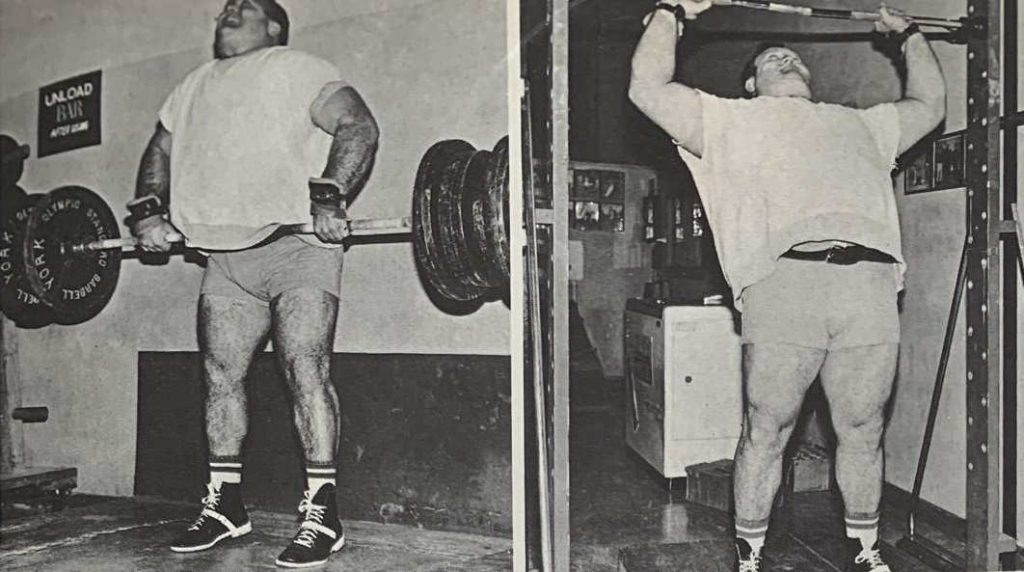 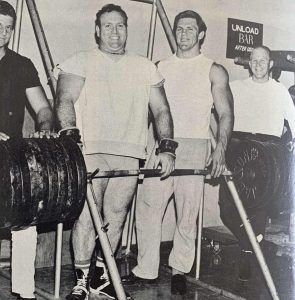 Lunch: about the same as breakfast.

Dinner: one pound of steak, one baked potato with cheese, eight ounces milk of milk, and all the supplements that he took at breakfast.