Manfred Hoeberl is an Austrian former strongman and powerlifter who was known as having the largest arms in the world during the early-mid 1990s. Hoeberl was born in the same town as bodybuilding legend and former Governor of California, Arnold Schwarzenegger.

And again I am writing about austrian strongman Manfred. Maybe you’ll remember reading the short article ‘manfred’s death rumors’ on my blog. And there are still people claiming he is dead… Two weeks ago strongman promoter Marshall Ennis managed to interview Manfred. 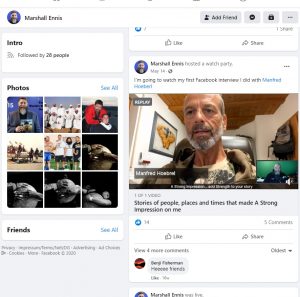 Of course Manfred lost some weight. After the car accident… and after tearing his biceps he decided to quit strongman.The interview consists the following topics: Manfred’s training secret for big arms/biceps, mind set, the changes in strongman scene.