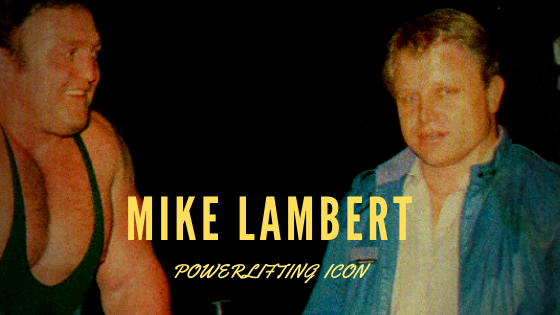 Mike Lambert, a Powerlifting Icon
Mike Lambert was the creator and publisher of Powerlifting USA Magazine from 1977 to 2012.  The magazine was the objective representation of all the different factions and personalities that made up the sport and culture of Powerlifting. During Powerlifting USA’s 35 year run it saw other magazines in the U.S. cover the sport of Powerlifting but none of them could claim to be the documented heart and soul of the sport like Mr. Lambert’s periodical.  To this day, I marvel at finding rare old Powerlifting footage on YouTube that I had only read about, usually in Mike Lambert’s words, that confirm Mike’s account that the lift was a great lift according to the standards of judging.  I have never seen a famous lift which was executed any differently than Mike described in detail. 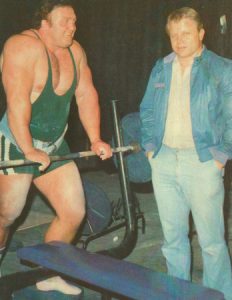 Mike Lambert was also an amazing photographer as he must have taken over a million Powerlifting pictures in his time as the publisher, all of Powerlifting’s superstars and record performers at all the high level meets in the United States as well as abroad.  For proof of this concept, Mike published my Bruce Grieg deadlift workout of the month in 2008, but he used a picture he snapped of me pulling the heaviest deadlift in my weight class at the 2003 APF Senior Nationals at Universal Studios.

Despite the proliferation of federations that Powerlifting splintered off into in the 1990s, Mike gave proportionate coverage to every legitimate federation. 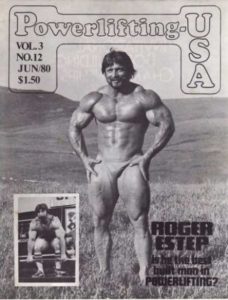 Each magazine would have lifter profiles, reports on National or world level meets, a workout of the month, and other interesting and important content.  Each issue had a top 100 list of the top 100 squats, benches, deadlifts, and totals done that calendar year in the U.S. for that specific weight class; i.e, 148, 165, 181, etc.  Making the list was a huge goal and the list would often adorn the walls of hardcore gyms all over the U.S.  The magazine was initially on a 5”X 7” black and white format, then an 8” X 11” format and finally went color in the early 1980s.  At the height of Powerlifting’s popularity in the late 80s, the magazine offered a companion publication called Power hotline which was released every two weeks for those that could not wait for a once a month injection of knowledge and inspiration.  The back half of the magazine was contest results from any sanctioned meet that was submitted to the magazine. 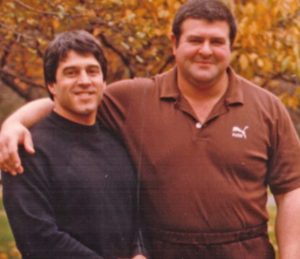 The authors who were a constant source of inspiration and information were Louie Simmons, Dr Ken Leistner, Marty Gallagher, and contest reporting and profiles by Herb Glossenbrenner. Once I became a subscriber in 1986, you could mark the first of the month, unless it was a Sunday, as the day that each new magazine arrived in your mailbox.  It was not easy to find PLUSA at newsstands in Massachusetts, but once I moved to California in 1991 it was far easier.  By the late 90s the magazine was sold at Borders and you were able to find it far easier.

Once I had totaled elite myself I felt I was worthy to give back to the sport by having my writing published in PLUSA.  My articles on training partners Art La Bare and Josh Bryant were published in the late 90s to praise from many, to include the GOAT Ed Coan.  I have also had articles published on Mike Martin, Patrick Holloway, Mike Tuchscherer, and Bruce Greig.

I met Mike Lambert on a few occasions and he was a very polite and professional individual whom you could tell loved Powerlifting like few others have ever done.  His magazine was a labor of love, and it premiered within ten years of the sport of Powerlifting having it’s first sanctioned meets, including the Senior nationals and World meets of the early 1970s.  Mike always took the high road, never took sides openly with any faction, and only sought to grow and represent the sport of Powerlifting in the most positive light possible.  Anyone involved in strength sports today could learn a lot from Mike’s lead and dedication to the sport he loves and helped to grow.

Note by neckbergcom: Mike Lambert is still being in the powerlifting circle and keeping the legacy alive! He’s selling PL USA mags from 1993 – 2012 in e-book format:

1 thought on “Mike Lambert: The Man Behind Powerlifting USA”