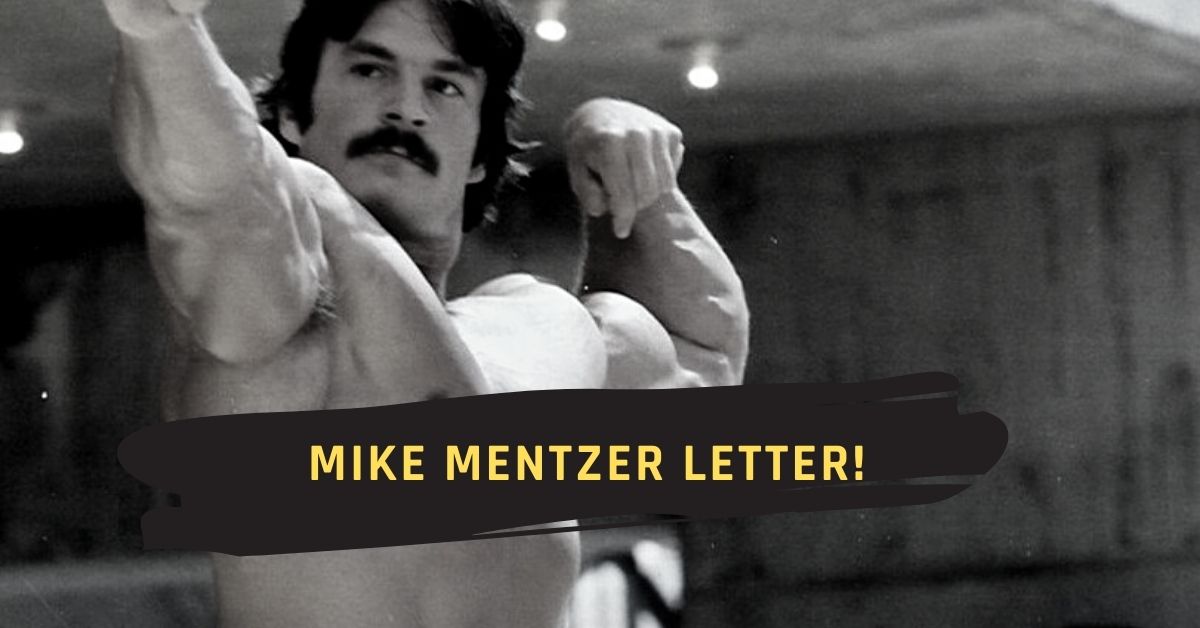 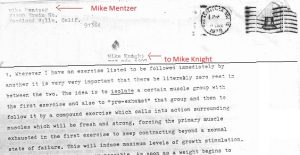 On my website neckberg.com nothing is ghost written or made up. It’s the pure truth how the oldtimers trained. And here’s Mike’s letter…Yes, he used to send letters/training guides to his fans (Courtesy of Mike Knight).

I took some interesting quotes from those letters and put them below. By the way if you want to see the whole letter, then write a message at the comment section below.

Fight the tendency to add more sets to the suggested workout. Don’t think that you can make up for performing the sets haphazardly by doing more. More is never the answer to stimulating growth, harder is the answer and the harder you train the less will you be capable of doing.

You can either train hard or you can train long, but you can never do both, it is just physically impossible. If the workouts are taking more than an hour you are either doing too much or resting too long.

Protein
Follow a well balanced diet. Don’t get much more than 1 gram of protein for every two pounds of bodyweight. If you weigh two hundred pounds then 120 grams of protein is enough. Too much extra will turn to fat.