Pamela Reif – Made in Germany 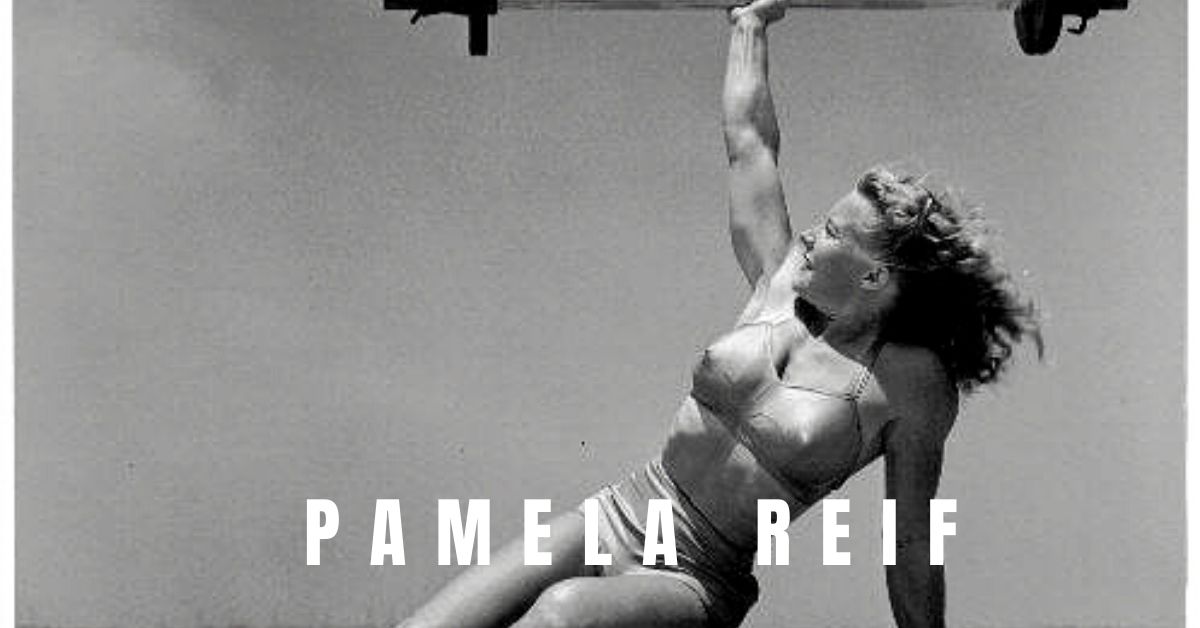 This article will present exclusive content about Pamela Reif’s breakfast, training, school, Instagram, and the history of the fitness movement. In an interview with the YouTube channel Gründerszene, Pamela Reif revealed that she put more heart and soul into her website than into her social-media accounts. Unfortunately, she took her German website offline, but I managed to restore some of the posts. Enjoy!

Pamela Reif is an influencer, YouTuber, and author of several books, like You Deserve This and Strong & Beautiful.

Sites like Instagram are indispensable today; millions depend on them. Would Pamela Reif have become known without social media? Indeed! Strong, influential, and beautiful women existed even before the era of Pamela Reif!

Pudgy Stockton was born 100 years ago in California. She fell in love with Les, and they got married on July 14, 1941. From then on, the two fitness enthusiasts visited the famous Muscle Beach and often performed stunts and gymnastics.

One of her most famous feats of strength was overhead pressing her husband (81 kg), which attracted the attention of the media. She made it on the cover of over 40 magazines, and even made it into the famous American newspaper, the New York Times!

She has often been called a “pioneer of the women’s fitness movement”. She also competed in beauty contests, and in 1948, she won the title “Miss Physical Culture Venus”. She received prize money of $1,000 (value today: $10K)! 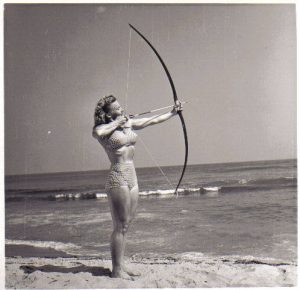 The American historian Joe Roark once wrote about Pudgy, “To say that Pudgy Stockton was special to the history of women’s physical culture is like saying that Arnold Schwarzenegger accelerated men’s bodybuilding. Pudgy was an example of glowing fitness with useful muscle.”

How Did Pamela Reif Become Famous?

She knew how the school system worked and graduated with the highest distinction. Pamela wrote a blog post and said that teachers are just humans, too, and bonding with them is important: talk to them, ask questions, and show them that you want to learn something. “I never went to exams unprepared,” wrote Pamela, who said that she would start studying 3-4 days before the exam date.

While at school, she started taking pictures and publishing them on Instagram. She was recognized by both the school system and social media. She quickly reached a high number of followers, and her classmates naturally noticed her popularity. She published a blog post on July 13, 2016 titled “Questions and Answers”, in which she said that her classmates reacted very calmly, but the students in the parallel class gossiped a little behind her back.

If you scroll down to the first pictures of Pamela Reif on Instagram, then you will see a thin and fragile girl. The picture linked above has only 12K likes, and she only got her breakthrough after she started to lift weights and build some muscle mass. She also published some posts about this journey on her old German website!

At the age of 10, she started to dance—especially hip-hop—and took part in the German and World Championships. At some point, she lost her passion for dancing, and, at the age of 16, she made the best decision of her life—to go to the gym.

On May 29, 2016, Pamela Reif published a blog post entitled, “My Fitness Story”. She was never overweight, depressed, or anorexic. She described herself as an “ectomorph”; as a child, she ate a lot of healthy food, but she was always slim and petite and never really managed to gain weight.

She and her boyfriend at the time regularly went to the gym without a proper plan.

So, how did Pamela Reif lose weight? She wrote the following on her website: “I did cardio, a little weightlifting with baby weights, and more cardio, then I took the courses ‘Fatburner’ and ‘Bodypump’.” She also wrote that this way of training made her body lean, her bodyfat percentage decreased, and her six-pack was highly visible. She weighed 45 kg at that time.

One year later, the desire for muscles came, and then the success!

Many of the young men in the gym did basic exercises (e.g., squats, deadlifts, and bench presses). According to her blog post, this sparked her interest, and she tried the three big exercises: “My boyfriend and I asked a trainer, who taught us deadlifts, squats, heavy lunges, and leg presses.”

She noticed very quickly that her body changed, and she gradually got more curves.

She experimented a lot and developed the following training plan in 2016, which she would not recommend to everyone:

She published an article entitled, “15 Ways to Build Muscle”, which often stressed the importance of training with the correct technique and heavy weights.

Pamela Reif does not edit her videos alone; her brother Dennis is the cameraman and editor of her YouTube videos. So, group work is important. The YouTube videos with the most views are marked with the term “No Equipment”. That means she trains without weights and barbells.

The YouTube video “10 MIN BOOTY BURN” reached 37M hits and was rated quite positively by the fitness community. In it, she performs lunges, squats, and much more without weights.

So, are leg exercises without weights really a great exercise for the leg muscles? To answer this, we will need to take a short trip back in time to India.

200 years ago, a time without supplements, gyms, and steroids, Indian wrestlers built an incredible amount of muscle in their legs with the help of the free squat.

American personal trainer and writer Earle Liederman wrote an article in 1956 entitled, “Squats, Squats, and More Squats”. He talked to an expert on Indian fitness culture, who said, “The Indian wrestlers would perform 5K-6K bodyweight squats every day, and with this training philosophy, they achieved big legs.”

They lived a lifestyle fully dedicated to wrestling. They would rest at sunset and wake up early in the morning. They were vegetarians; they never smoked, and never drink alcohol.

Earl Liederman also said that all these squats helped wrestlers build shapely leg extension, and overall, this type of training resulted in a larger chest. According to Liederman, this is because squatting involves breathing a lot of air in and out, which increases lung volume, and thus chest size.

So, the free squat is really a great and natural exercise for the legs and upper body!

Pamela Reif currently has 6.5M followers on Instagram, and in her September 18, 2016 blog post titled “How to Build an Instagram Following,” she explains the Instagram phenomenon. “There is no secret to being successful on Instagram,” she wrote, but she has published a few tips, such as to pick a topic that excites you. “‘Quality is more important than quantity,’ is my motto,” she wrote.

She tries to post regularly—at least once a day—but the quality of her photos must not suffer. She uses her smartphone for 80% of her Instagram photos.

If you are stuck, she recommends cooperating with other Instagrammers. Contact them via email or Instagram Messenger and ask them if they would like to repost some of your photos.

Finally, stay in contact with your fans and ask your fans for their opinion.

Pamela Reif published an article entitled, “My Breakfast” on September 4, 2016.

A typical breakfast for her consists of:

On August 18, 2016, Pamela published a blog post about her vision and goals.
She described that many people have a clear idea of how they want to live their lives (e.g., having children, building a house), but she wrote that she has no idea. The only thing she wants is to be happy, and according to Pamela, “I feel happy when I have a positive influence on other people.”

Pamela’s transformation from a skinny, weak girl to a strong and independent woman is incredible! With the help of barbell training and an ambitious will, she has achieved cult status worldwide, thereby contributing to the popularity of muscle-building.

Pamela Reif is currently working on various projects. She is currently publishing some of her workout videos on the Chinese version of YouTube. According to Socialblade, the number of views on her home workout videos increased heavily during the pandemic.

2 thoughts on “Pamela Reif – Made in Germany”