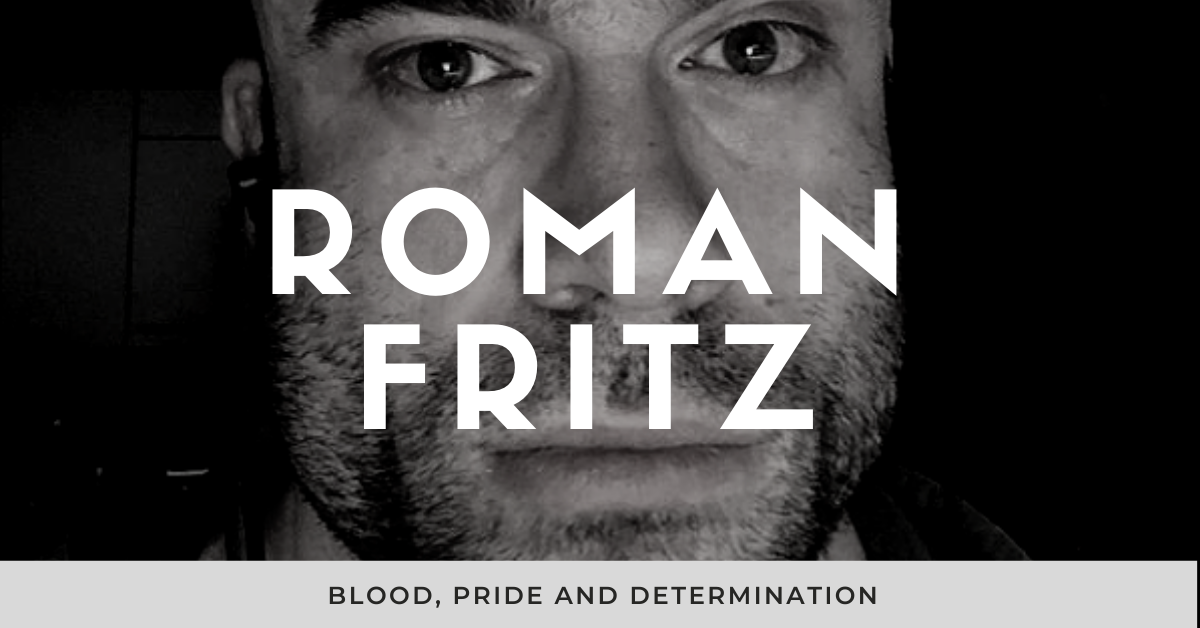 Roman Fritz has dedicated his whole life to bodybuilding success.  One of his personal trademarks is pure determination to exercise with great technique through using the power of concentration. Squatting is done deep, benching is executed slowly and controlled with the strictest form.

Another trade mark of Roman is that he rarely skips any workouts. There’s a great Podcast Series on Youtube called “Shredded Podcast.” Roman had carpal tunnel syndrome and had to undergo an operation on a Tuesday.  The following Sunday he trained his chest and the wrist wound was still open. Roman lifted 50 kilo dumbbells and the injury started bleeding heavily. The whole workout was marked with blood, sweat and pain. Roman admitted it was a stupid practice, but he finished his workout.

Due to Mr. Fritz’s mind-set and training philosophy he won numerous titles such as the German Championships (2016) and Amateur Olympia Europe (2014).

How it all Started

Roman’s school grades were not great but ok and most of the time he managed to stay out of serious trouble. That changed dramatically one day. He became somewhat of a problem child, got mixed up with the wrong type of friends, his performance in school, if he even went, was horrible and because of his behavior was almost kicked out. So after a year of being a rebel, his mother decided to put him into a boarding school. He will never forget the day he first arrived there because incidentally it was September 11th 2001.

Being a loner, Roman had trouble creating friendships. Fritz’s only company was solitude and in December of 2003 Roman started lifting weights.  His boarding school had a tiny weight room with a bench, squat rack, a chin up bar, a couple of barbells and dumbbells and lots of weight plates.  The air was moist down there, every piece of equipment was coated with rust, mold grew in the upper corners of the ceiling and of course there was no AC or heater. Still, something about this place made him feel at home. He was 15 at the time and by then 5`10 at 121lb on a good day.

During this time Roman did the following exercises: Squat, frontsquat, lunges, he did the oldschool exercise sissy squat, leg curl with dumbbell, deadlift (legs were straight), as there were no machines available.

In his early beginning he watched the tape “Lee Priest The Blonde Myth”. If you’d see the technique that Lee used you’ll realize it’s pure perfection. There’s no bouncing or jerking the weights off the ground with force.  Roman says luckily that he saw Lee’s great technique at first. After watching the tape the young Roman realized that the technique is important and adapted it to his own routine.

He did not only watch body building videos, he bought and read body building books as well. Reading and analyzing how the old-timers trained is an important part of Roman’s success as well.

Roman memorized Arnold’s biography. Arnold was designed a shake with whey, milk and honey. He read the book Lee Haney Ultimate Bodybuilding and memorized that Lee used to eat a lot of carbs, low fat and moderate protein.

Roman’s training in the earlier days was influenced by Mr. Olympia Dorian Yates

As you might know Yates was very disciplined about writing his poundages on paper. Being a big Yates’ fan, Roman adopted Yates’ philosophy and wrote all poundages, reps and sets down. According to the Shredded Podcast Episode 2 Roman followed Dorian Yates Hit Training for 2 years. Roman described the Yates’ split that he followed: “Day One: Chest and biceps, Day Two: Legs, Day Three: Rest, Day Four: Deltoids and triceps, Day Five: Back, Day Six: Rest”

Dorian’s rare and expensive book was checked and the above split routine is on the page 28. Furthermore Dorian used to do 1 or 2 sets per exercise with a great deal of intensity. Most interesting is the description of giving 100% every day. Roman recommends that if you don’t feel fully recovered then he would suggest to take a day off. The same statement is found in Dorian’s book.

The series ‘Shredded Podcast’ is really great and packed with a lot of information.
Roman said that the concept of confusing the muscle is garbage, instead of confusing the muscle you have to learn the proper technique. If you want to have a big chest, then you must understand the anatomy of the chest allowing you to optimize your technique. After learning the right technique you are allowed to experiment with different training philosophies and to think about questions such as “How often should I train”.

According to Roman, with bad technique you will gain nothing even if you improve your training volume or weight, you will not increase your muscle size.Roman Fritz gives full credit about learning the right technique from Ben Pakulski. He met him and learned personally from him. He has had correspondence with Pakulski via e-mail since 2010. Roman also follows Ben on his Youtube channel and his podcast as well.

As you might know, Arnold Schwarzenegger started as a weight lifter.
Back in the day you have to train in Weightlifting-Clubs. Weightlifting Clubs are known for
their great knowledge about flexibility, understanding the anatomy and using the right technique. Arnold was open-minded and learned from other lifters!  With this foundation Arnold was able to build high quality muscle! 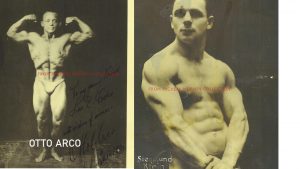 For Roman Fritz muscle control is important. Every day after waking up Roman goes downstairs to his cellar training his Mind-Muscle-Connection. 100 Years ago, training muscle control was a daily practice of old time strongmen and bodybuilders. Famous names such as Sandow, Maxick and Otto Arco did it.

There’s a video by Roman entitled “How to Vacuum.” Roman explained that he is standing in front of a mirror and breathes all the air out heavily and he
tries pulling his belly button against his spine. The process will be repeated for 10 minutes!

Since he started bodybuilding Roman has cooked pancakes with puffed rice.
Very interesting is the fact that he is using puffed rice by the company ‘Riso Bel’.
It’s basically food for dogs but way cheaper than the normal for people. He would go to the animal shop and buy those kind of puffed rice (5kg bags/11lb). Roman said you can also use oats or rice cakes, break it down and use it for pancakes. Twice a day he is eating pancakes (after workout) with carb intake of 200gram. Roman trains 2 times a day so the carb intake from pancakes would be 400 gram.

He uses 2 one-liter bottles. Each of them are filled with 100 grams of puffed rice and 550 grams of egg whites.  You should mix it up with apple or blue berries. Roman possesses special and high quality frying pans in which you are allowed to cook without oil.

Tobias Hahne is a German bodybuilder and friend of Roman. He has access to the diet routine that Roman followed for building muscle. He followed and documented it very well on Youtube.

The Video called ‘I am Living like Roman Fritz’ starts with his first meal and preparation with food storage set. It’s early in morning and he cooked for breakfast 200 gram (0,5lb) rice with steak.  Three more rice meals are already cooked and prepared for the whole day. In small food storage set each of them are filled with 150gram/0.3lb rice. The whole rice intake for the day would be 650gram/1.5lb.

Its 05:30 pm and time for the post workout meal.  Eat pancakes (100 grams of puffed rice and 550 grams of egg whites). Now he eats 125 grams of chocolate krispies. Then he is adding 120 gram carbs in the form of rice plus 70 grams of protein in the form of red meat.

It’s 07:00 pm, and again he eats the same amount of rice and meat plus EAA and isolate.

At the end of the day Roman’s kcal intake was 8916 (1264gram carbs 116gram fat, 678 gram protein). Tobias Hahne made the statement that Roman’s diet is incredible. Eating for one day is a task, but eating for days it’s on another level!

Recommendation for a better digestion

Roman suggests in the shredded podcast episode to drink nothing before eating for 20 or 30 minutes. During eating he drink nothing. And after eating he waits 20-30 minutes and then starts drinking. With this technique he wants to avoid diluting his stomach acid.

We on neckberg wish Roman Fritz good luck on his journey to become one of the greatest bodybuilders in Germany and in the world. His passion and brutally effective style is unique. Even injuries like ruptured discs or fresh wounds from surgery which lead to a bloody workout doesn’t stop this man.

“The bird fights its way out of the egg. The egg is the world. He who will be born must destroy a world.”

Big Thanks to Paul Leonard for checking the grammar/syntax