Sergio Oliva was born in Cuba as one of 22 children. As a weightlifter he was a member of the Cuban delegation to the 1962 Pan American Games in Jamaica. He used the opportunity to break away from the team to Chicago (at that time, Cuba’s citizens practically never received exit permits). He came to the United States and then started bodybuilding. He won the Mr. Olympia 1967-1969, three consecutive times!

This program is of course only for advanced men, and even they should break into it gradually. It is definitely not for beginning or intermediate bodybuilders.

Use strict form on all the exercises so the target muscle gets maximum benefit from the movement. Keep your body movements to a minimum at all times.

If you’re a very advanced trainee don’t stop after five supersets of the Scott curls and standing extensions in superset 2. Instead, decrease the weight on both exercises by about 20% and do three more supersets, increasing the reps to 10. Also, do them a bit faster than the first five supersets. 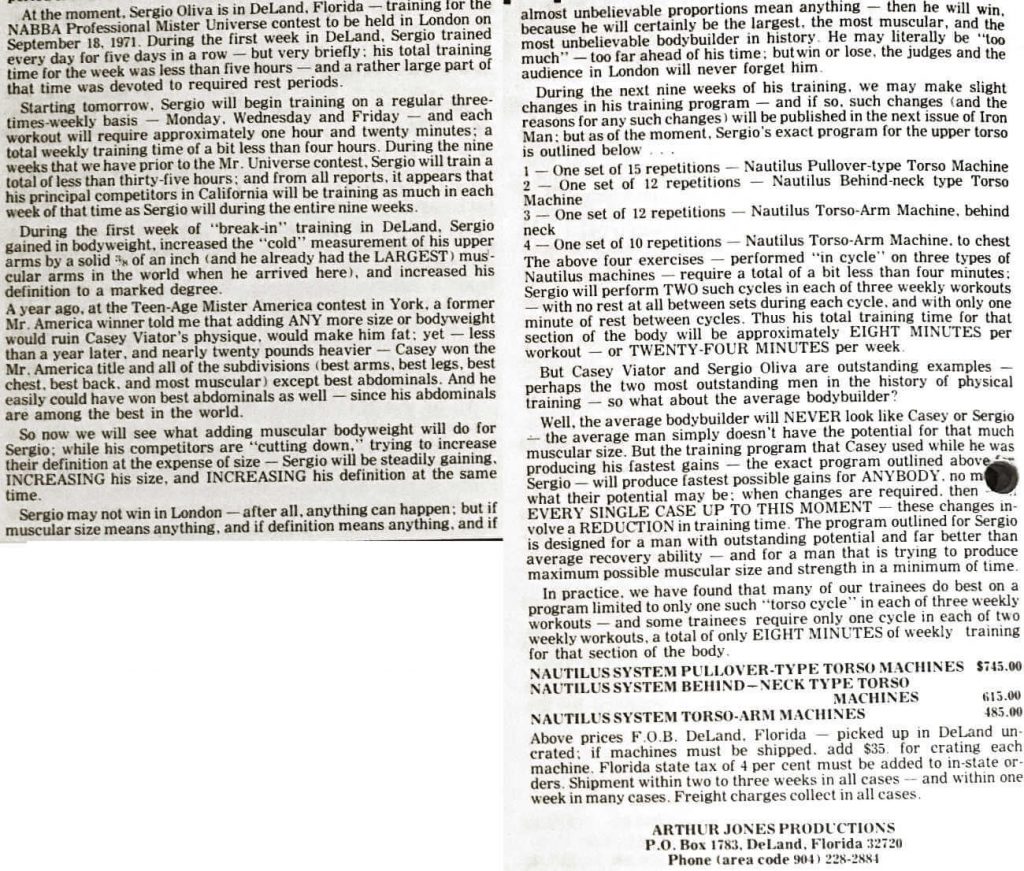 Editor’s note: I read some old magazines and found this advertisement by Arthur Jones. It is maybe only advertisement and not Sergio’s true arm workout but I have to inlcude this piece of history into my blog and save it for the posterity. And use the tag-system for more articles. Just click ‘arm workout’ and enjoy reading oldschool stuff!!! – Mr. Berg