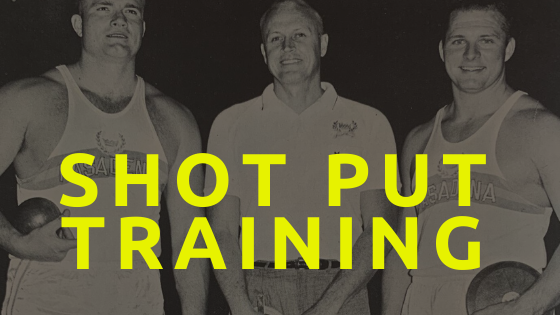 In 1963, no less than 20 athletes surpassed the once impenetrable 60 foot mark in the shot put. The name of the man who was number one on that list – Dallas C. Long. He was the owner of the world shot put record and credited working out with weights for most of his athletic success. 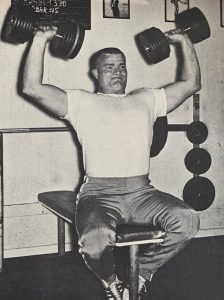 “Weight training is absolutely indispensable for shot putter,” commented Dallas. “Just examine the performances before weight training became popular. I believe that the best mark by a non-weight trainer was Don Vick’s 58 feet 9 inches. There were some tremendous physical specimens around in those days, too, but they just didn’t have the explosive strength of day’s weight trained shot putters.” 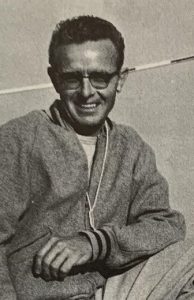 Dallas Long was introcuded to barbell training by Verne Wolfe, who was then head track coach at North Phoenix High School. Wolfe was one of the first track and field coaches to recommend weights!

When he began weight training, Dallas was throwing in the 45 foot range, but finished the season near the 56 foot mark. As a high school junior, both his weight and strength improved steadily and he threw the shot 61 feet 5 inches. Continued weight training increased his body weight to 245 pounds as a senior and he also bench pressed 350 pounds in addition to rewriting the shot put record book! 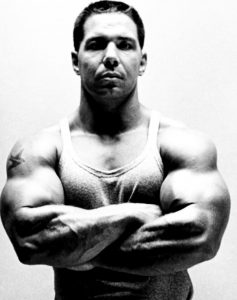 Dallas Long: “I plan to work out with the weights four days a week right until the final Olympic trials,” said Dallas. He has been training at Bill Pearl’s Gym in Los Angeles for years. (Above you would see bodybuilding legend Bill Pearl, on my blog I have some articles about him!)

His weight program was designed strictly for power building and he handled some heavy weights in all exercises. Here is his program: 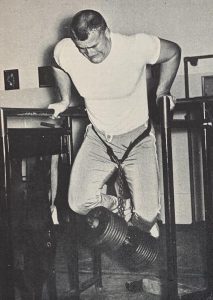 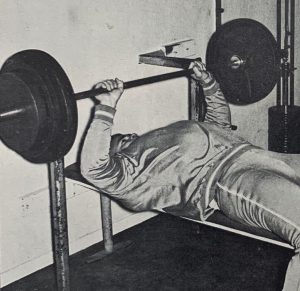 Dalls occasionally works up to limit poundages for a single rep in the bench press. He has done 470 pounds with a pause at the chest and narrowly missed 490lb. He enjoys the workouts at Pearl’s because he has the opportunity to train with discus thrower Rink Babka, and world bench press record holder, Pat Casey.