Steve Goggins is one of the greatest powerlifters in the world. Here is some information about him. Full name: Steve Danny Goggins. Hometown: Chatham, VA. Jobs: Fitness Trainer. Hobbies: Video games and Drag Racing. Height and weight 5’8″, weight at that time was 265lb.

Steve was born on december 15, 1963. He was raised in a rural part of town. He was a three sport athlete in high school. He played football, wrestled and did track & field. He was a 4 year letterman in Varsity football. He was selected to the all district and regional teams as a halfback. 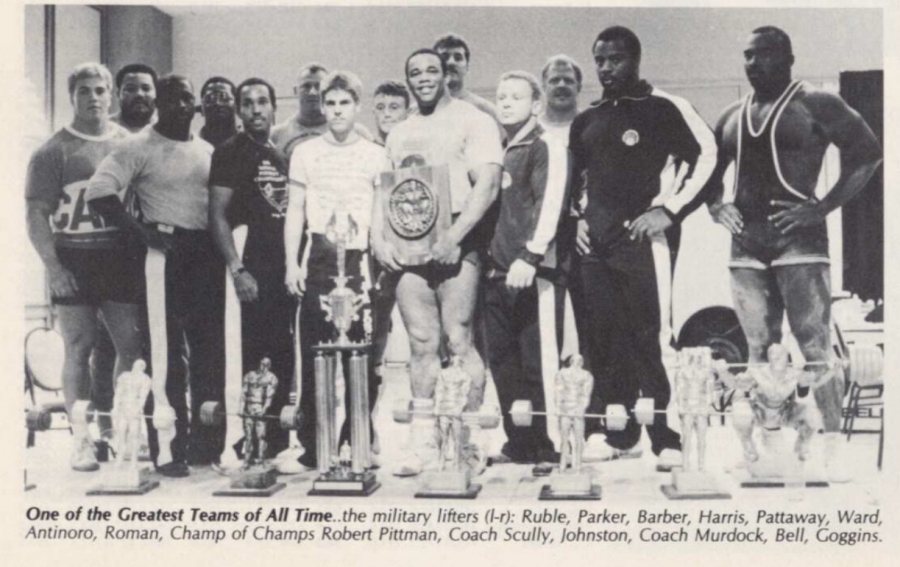 He joined the service in September of 1983. He completed basic in AIT training at Fort Dix, New Jersey. He was then stationed at Fort Benning, Georgia.

He later went through airborne training and was relocated to Fort Bragg, North Carolina, and was assigned to the 1/325 82nd Airborne for two years. His last assignment was Fort Hood, Texas.

He was honorably discharged in May of 1990. His powerlifting career started in the 11th grade, although he started lifting weights at the age of twelve. His first meet was a local YMCA meet. His lifts were 350 squat, 320 bench, and 480 deadlift. All he used was a belt.

Then he waited about two years before his next contest. Powerlifting was almost nonexistent in his town.

At age 15 he benched 320 pounds and could deadlift 480 pounds. This was before any formal power training. He competed since 1985. He doesn’t have a favorite lift. He likes them all equally.

Steve used to train with Ronnie Coleman. He liked the hard core training atmosphere. Thus MetroFlex Gym was the best for training. Before he used to train in sterile and quite Fitness centers.

Steve: “The atmosphere at MetroFlex is very supportive and conductive to heavy serious training. Everybody trains hard from novice to professional and I like that. After only 1 1/2 months of training there I’m at my strongest point of my career.”

In 1989, Powerlifting Icon John Inzer made a reality of the plans he first dreamed of as a teenager. He wanted Powerlifting to reach the public in an entertaining way. He had big lifting plans, with pyrotechncis set to go off, from within the lifting platform, if he made a record lift.

Steve Goggins open with a 800lb deadlift, and had both 840lb and 866lb wekk on the way, before his grip went.

Steve, wearing a unique camouflage lifting suit, was promoted as “Machine Gun” and blasted away with an automatic shotgun (blanks were used) before his attempts.

Steve’s mom and dad influenced him very much. They have always been his mentors in life. In Powerlifting, he just wanted to be the best he could be. He never had a mentor in powerlifting.