Strength Training Motivation In My 50s! 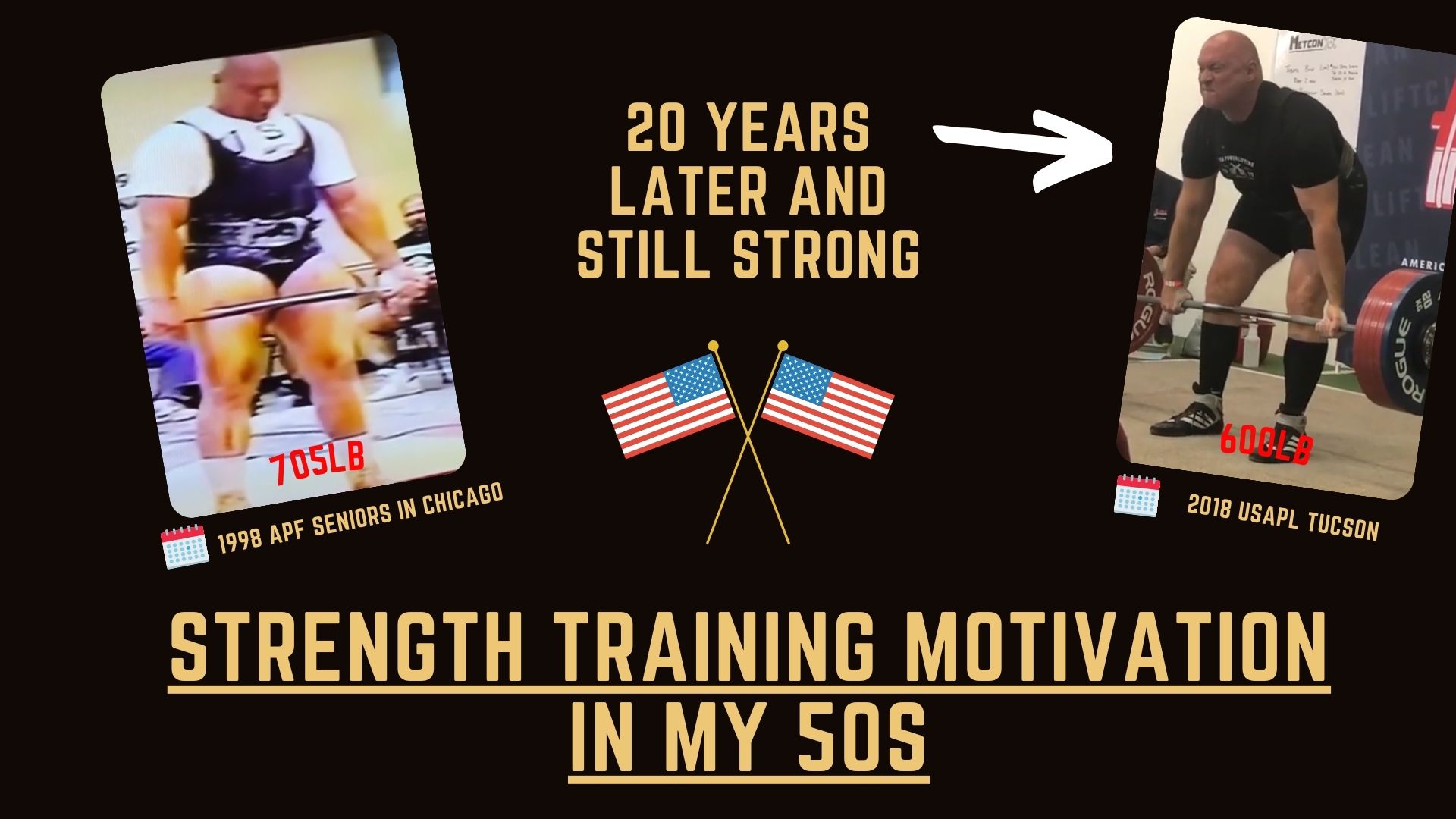 I am a staunch proponent of having a garage or basement gym. I had one as a teenager and then a garage gym was the focus when I bought my first house in California, as well as every house I have bought there after. As the world was forced to stay in their homes during the current pandemic, I decided to venture out and join a commercial gym here in Tucson, Arizona for a variety of reasons. First and foremost, the gym landscape here has changed significantly since I arrived in 2008 – and definitely for the better. There are now numerous facilities in town which have the proper equipment and members for you to train with for powerlifting, strongman, or bodybuilding but I have found the fit for me to be Beaststrong Powerhouse, with two 24/7, 365 days per year full access facilities, one on each side of town.

I had primarily trained in my garage here and at times it would be over 100 degrees in there. I finally admitted that by the end of a Tucson summer, I was depleted and not making gains due to the extreme heat, humidity, and flying insects associated with a Tucson summer, aka the city’s monsoon season. Switching to an air conditioned climate has allowed me to train longer and harder without being so depleted both physically and mentally.

The equipment at my disposal now is far superior to anything I could fit and afford in my two car garage. Reverse hypertension machines, Strongman yokes, various farmers walk implements, sleds, sandbags, kegs, axles, belt squats, bars, bands, chains, wagon wheels, plate loaded rowing machines, Mag lat bars, Smith machines and dumbbells to 155lbs each. The equipment is in excellent shape and spread out, unlike my garage gyms have been. As I have gotten older, I realize the need to stay healthy and build my cardiovascular system. I do not like traditional cardio such as running or treadmill work, but as Louie Simmons, Mike Martin, and the writings of Ken Leistner and John McCallum have taught me- your cardio can be improved by doing supersets or giant sets of assistance exercises for lagging muscle groups with little or no rest between the various exercises.

I recall reading a quote by the immortal Bill Pearl, who turned 90 last October,

“the body does not care how your heart rate increased while training, just that it did.”

I look at many of the bodybuilders from the 1970s and 80s who did high volume work and many still look great today- Arnold, Rory Leidelmeyer, Bill Grant, Dave Draper, and John Hansen.

Unlike past years, I am able now to spread out and set up equipment and cycle through 4 or 5 exercises such as a chest supported row, a rear deltoid fly, a straight arm pull down then shrugs for high reps. This acceptance of a different training philosophy has given me new goals and muscle mass for my efforts.

Although I did pull a 600 lb deadlift in a USAPL meet to celebrate turning 50, I now enjoy training more than competing. I remember when Jon Cole began training heavy again in his 50s, he told Herb Glossenbrenner that he thrives on training, he needed it’s structure. I could not agree more. I still need goals, but training related goals work well for me now as opposed to the constraints of training for a competition, when you have done so for over 35 years.

Dave Shaw always said when his competition career ended he was going to focus on non-competitive lifts such as the seated military and other lifts he found interesting and still effective for maintaining his muscle mass as he aged. Dave used to come by the Original Orange County Strength Club when I trained there and he was extremely well built and muscular in his 50s.

I love the internet for allowing me to connect with former training partners as well as with great competitors who are still the strongest in the world into their 50s and beyond. A few examples of people whom I connect with through social media for advice are Donny Thompson, Dan Kovacs and Beau Moore. Asa Barnes of Preacher Barbell in Phoenix is a legacy as his father was an all time world record holder and multiple time national champion- and Asa is a fantastic masters level lifter himself today who always provides advice if needed.

For inspiration, David Ricks recently posted a squat video of him repping out with 622lbs at age 62!

As anyone who reads my material knows, I am a huge Jon Cole fan. I posted about Jon on my Instagram recently and a man here in Arizona commented how many times he would see Jon Cole on a ten speed bike, cruising down University Ave in Tempe after leaving Thorbecke’s Gym to go to the gym at Arizona State University to finish his workout. This got me to train multiple times per day, some training at my house and some training at Beaststrong Powerhouse. I am making gains, losing fat, regaining strength following some injuries and having fun! As Louie Simmons says, “ training should be fun, heaven or hell is all in your own mind.”

I have heard on Louie’s podcast how Westside used to speed bench at a man named Tim Van Horn’s house on Sunday morning, then go to a commercial gym to finish their assistance.

The biggest influence on keeping me motivated this year has been the owners of Beaststrong Powerhouse Rafe Teich and his wife. Rafe just won the Overall Men’s Bodybuilding Championship at the NPC Europa UBU Expo title in Phoenix in August. He is currently preparing for the North American Championships in his attempt to go professional. His wife, Melissa Teich is an IFBB Professional Bodybuilder who is preparing for the Miss Olympia. Recent footage on her Instagram page shows her benching 235 for 7 reps and deadlifting over 405 and heavy chains, just a few weeks from the Olympia! Both these individuals inspire me with their positive attitudes, competitive success, dedication to their gyms and their love of the iron. Passion to me is infectious and Beaststrong Powerhouse, from its owners, to its competitors, it’s equipment and commitment to personal improvement has been the biggest motivator for me to train hard and ignore the fact I have been training and competing for almost 40 years.

2 thoughts on “Strength Training Motivation In My 50s!”