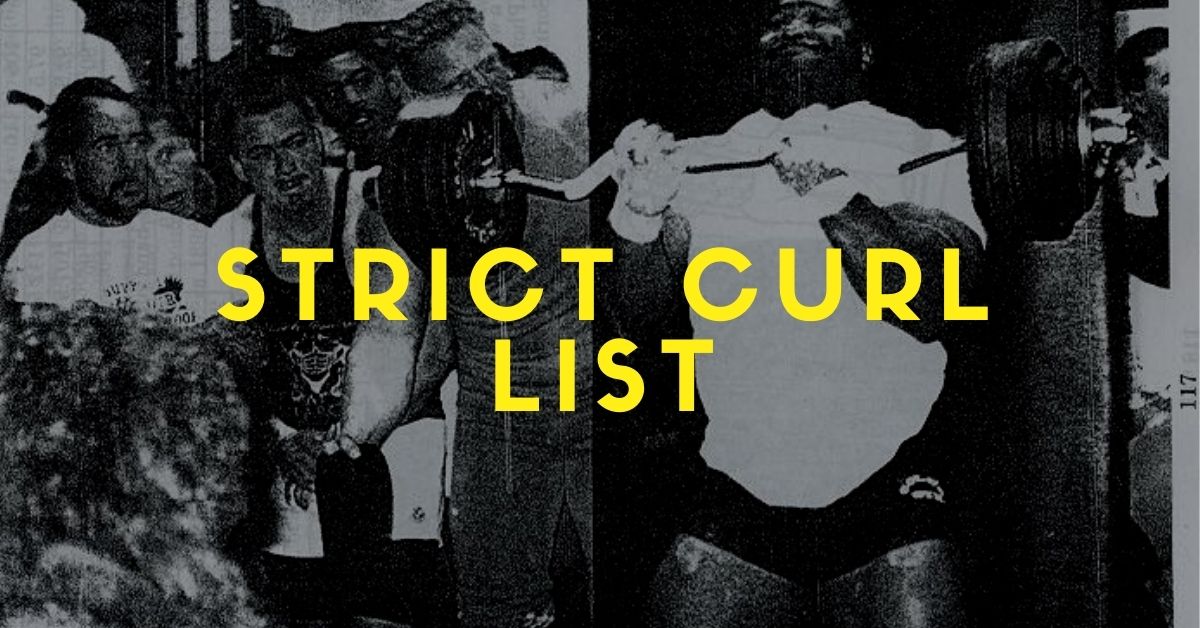 Currently the exercise ‘Strict Curl’ is gaining popularity and now everyone is
seeking for some quite information about it.

“How much should I curl for my bodyweight?” is a popular question. It’s really hard to track down the strict bicep curl record because it’s just not established like the squat, benchpress and deadlift, but I tried my best to make a list from 1945 – today plus I added the bodyweight. Just compare yourself with those athletes and maybe you’ll get your answer! 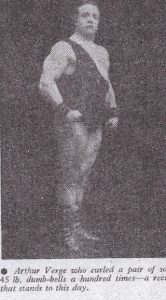 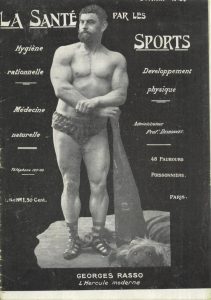 He was one of a trio of German strongmen known as the Rasso trio. His two arm curl of slightly over 200 lbs. is the equal of the best.(source: Muscle Power 1950 Oct p22) 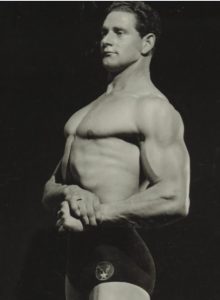 Al Berger, the champion reverse curl exponent and an all-round grip artist, has accomplished 175 lbs. in a palms down curl and was capable of 200 lbs. in the standard curl. (source again from: Muscle Power 1950 Oct p22) 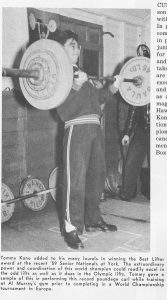 Tommy Kono told to bodybuilding Photograph ‘John Corlett’ that he curled 170lb and his bodyweight was around 174lb. Photo appeared in the December 1959 issue of S&H

John Corlett met Tommy and I would love to quote him:
“He also said it was done “British style”. He then did a very quick demo of “British style”- let’s see if I can describe what he demonstrated- you drag the barbell up your torso until the forearms are parallel to the ground and then perform a strict curl with a straight back with upper arms close to the body. I then attempted to get more information about this style of curling but Tommy was then ambushed by a crazed “fan” and I moved on.?” 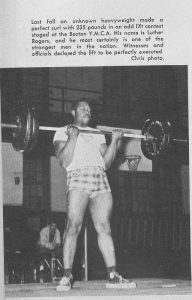 October 12, 1963 Los Angeles Powerlifting Championships, Fred Sulis curled 180 pounds, strict form at only 157 1/2 pounds bodyweight. The late Bob Hise said, “If I had not witnessed it myself I never would have believed it.” (source: Iron Master, volume 28, December 1999, page 50) 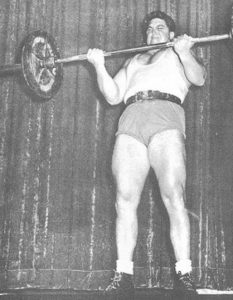 January 1965 issue of Muscular Development, Gene Fisher is performing a curl with 203lb. Using a barbell not EZ Bar! 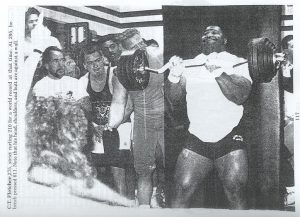 Ct Fletcher (BW 275lb) is known for his strong arms, and I was able to find a picture of him strict curling 210lb from from Dale Harder’s book–Strength & Speed. (Date: unknown) 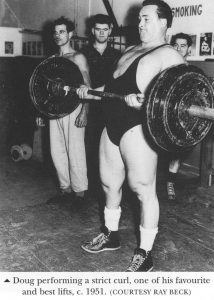 Doug Hepburn (birth:1926)  is the king of the strict curl. Currently Denis Cyplenkov is receiving credit for holding the strict curl record with 249lb.

But in my opinion, Doug Hepburn is still holding the current strict curl record with 260lb/118kg and not Denis. It’s well documented in the muscle magazines and on wikipedia.com . It must to be added that Doug performed it with a straight bar, which makes it more harder than an ez-bar!
Doug Hepburn was very proud of his strong arms and wrote some articles, which you’d find on neckberg.com FOR FREE.