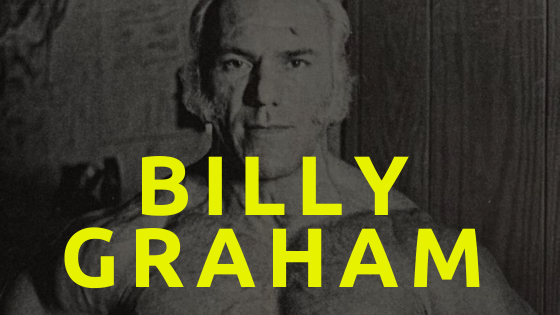 Eldridge Wayne Coleman (born June 7, 1943) is an American retired professional wrestler currently signed to WWE under a Legends Contract. An iconic figure in professional strongman and wrestling, he worked under the ring name “Superstar” Billy Graham.

The following article is based on Bruce Wilhelm‘s (weightlifter and writer) article written in the 70s. He visited Mr. Graham and took some terrific pictures and outlined his training routine. Hats off to Bruce Wilhelm’s work and effort. As I know he published some great books about wrestling star Ken Patera and powerlifting legend Pat Casey!! But now Billy Graham’s weightlifting story and training! – Have fun – Mr. Berg! 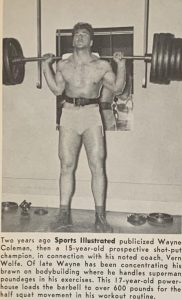 At first Billy Graham was a weightlifting enthusiast and he also tried bodybuilding. Mr. Graham has entered the 1961 Teenage Mr. America in San Francisco, CA. and won both the title and the Most Muscular award. As a youth he did not show any exceptional aptitude towards athletics. However, it was another story in high school. He was a natural at everything he tried. He attended North Phoenix High School, alma mater of Dallas Long – Olympic Champion and world record holder in the shotput. 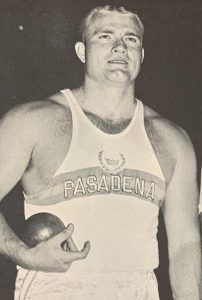 Billy was naturally encouraged in his aspirations towards shot-putting as he saw Dallas Long (American Shot Putter Champion) constantly training. This so motivated Super Star that he went out one Sunday and put the shot for eight hours straight. In his over zealousness, he severely strained the tendons in his right wrist.

He later recovered, though, and was close to breaking Dallas Long’s age group and scholastic record. It was at this time that his track coach, Verne Wolfe, ( head coach at U.S.C) saw the raw, untapped potential that Billy had for the decathlon. It is hard to imagine that Billy had the ability to not only put the shot and throw the discus tremendous distances, but he could high jump over six feet and pole vault 12 feet too. This was at 6’3″ and 225 pounds. Coach Wolfe, felt that Billy had the potential to break world records in either the shot and discus or the decathlon. Billy had many college scholarship offers, but declined them to further intensify his training with the weights. 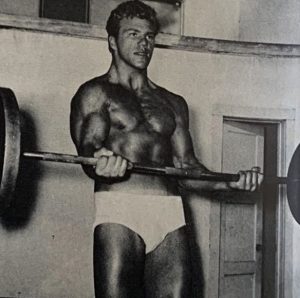 It was at this time that Billy Graham dropped out of public sight. He went to California and began an intensive program of weight lifting (Note: Yes, above it’s the young Bill Graham curling some weights).

His lifting and size increased by leaps and bounds. In 1966, he surfaced long enough to play professional football with the Houston Oilers. In 1967 he moved to Oakland to play with the Oakland Raiders. It was while he was with the Raiders that he sufferd a ruptured Achilles tendon. This sidelined him for a short period of time, but he recovered in time to play Canadian football with the Canadian Allouettes.

His brother had been urging him for several years to break into wrestling. In Jan. of 1969, Billy Graham was wrestling professionally under the name of Super Star. He was carefully guided and trained by his brothers Eddie and Lou and Dr. Jerry Graham. They often wrestled as a tag team and were undefeated.

Later, Star moved to the Midwest to continue his career. Success has followed success. Many lifting enthusiasts would definitely be interested in what Star was capable of while at this peak weight at 308lb. Some of his best lifts at this bodyweight were 575 benchpress, 725lb squat and 725lb deadlift. He also did a 300lb cheat curl and 314lb x3 lying triceps extensions.

While lifting as a super heavyweight Star had visions of breaking Pat Casey‘s bench press record of 617 pounds. In fact Star was able to train once a week with Casey at his Norwalk, CA. gym and this further inspired Star in his lifting career.

Since he has turned professional wrestler he has cut his weight down to 265lb and worked hard on definition. He wanted to enter the Mr. Universe contest in England and win.

During this time he train 3 hours a day in his basement gym at his home with this goal in mind. He had a great deal of encouragement in his training from two close personal friends, Arnold Schwarzenegger and Dave Draper.

He used to work each body part 30 sets of 10 reps, while using a medium weight. Specific exercises are as follows:

Note: While going through this routine, Billy move from one exercise to the next in the order listed, resting very little between sets. He believes this is one of the keys to his success.