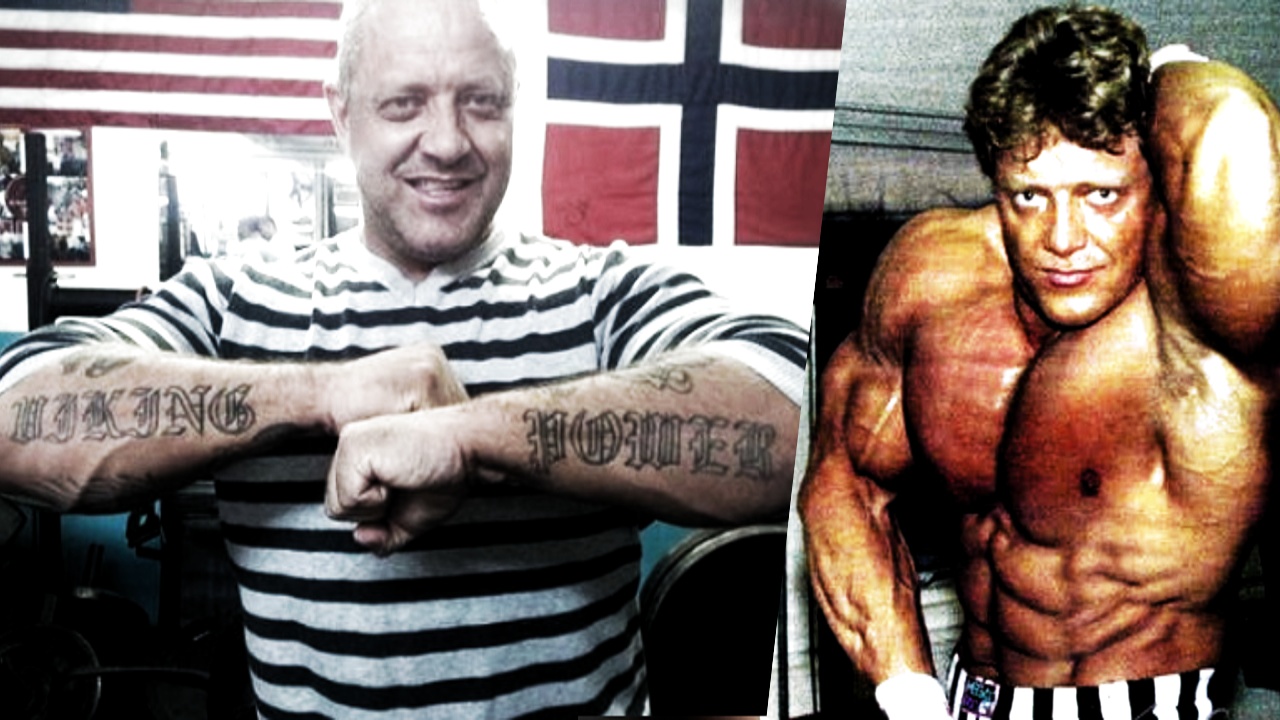 Svend Karlsen (born 6 October 1967) is a Norwegian former strongman, powerlifter, and IFBB professional bodybuilder. He is well known for shouting his catch phrase “Viking Power!” during competitions. He was able to win the World’s Strongest Man title in 2001.

Svend started training at the early age of 14 in an underground gym called the Iron Gym. What was remarkable was his brute strength even at such a young age. He was able to cheat curl 220 pounds. The above picture is Svend in his teenage years. He deadlifted 682lb at the age of 17!

Svend was a world class powerlifter in his teen and junior years. From 1986-1989 Svend broke 30 Norwegian powerlifting records, 3 European records and 1 World record. He won the Norwegian Nationals 3 times and the Nordic Championships as well. At just 21 years he setted a Junior World record in the deadlift (771lb/350kg @255lb) at the 1989 Norwegian Championships. 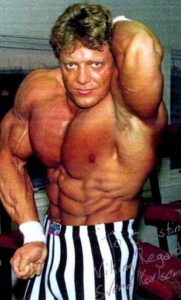 Svend was also a bodybuilder. In his first year of competitive bodybuilding in 1990 he won the Mr. Norway title at only 22. Here he gained his Pro card and he dreamed of taking on the world’s best.

He moved to California to pursue his professional bodybuilding career in 1994. Svend had a severe muscle tear which caused him to retire from bodybuilding early on. This was abig letdown for Svend, having only been in the sport for a few short years, but brighter days ahead in Strongman would outshine anything he accomplished in bodybuilding.

Strongman
At the age of 28 Svend entered his first World’s Strongest Man contest in 1996. In his first World Competition he was half a point away from kaing it to the finals. This was something that very few in the history of the sport had ever accomplished.

In 1997, Svend returned to WSM and this time he was in top condition. He was in the lead when he injured himself in the squat event and tore his quad muscle.

In 1998, he took the year off as he was infected with a virus that didn’t allow him to train properly for months prior to the WSM.

In 1999, he returned to the WSM stage to place third Year by year, Svend was now defeating the veterans in the sport and with his new found stage presence he would be the most talked about competitor in strongman circles.

In 2001 Svend was on fire and won the Europe’s Strongest Man. In the WSM he started off the competition by decimating them right from the start. Event by event he dominated the competition.

The battle was over, his competitors were defeated and he was holding the title World’s Strongest Man!

After Strongman
Karlsen retired from competition in 2006, and began serving as presenter and producer of the Norwegian version of the World’s Strongest Man contest and the qualifying tour; Giants Live