The Man With The Mighty Arms 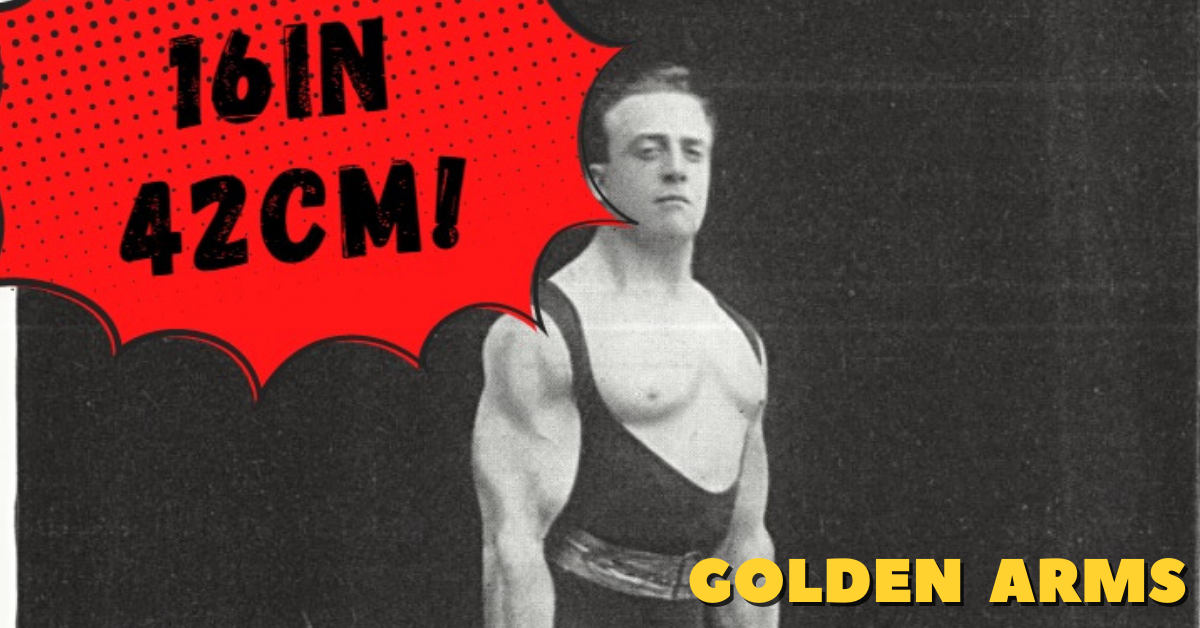 Arthur Verge was an oldschool strongman and able to strict curl his own bodyweight (152lb/69kg)! Here’s his story and training, published in Strength and Health July 1945 written by W.A. PULLUM!

“During the 40 years that I have been teaching weight-training and lifting it has naturally fallen to my lot to produce some very outstanding figures of strength and development; men whose achievements not only made them famous in the Physical Culture World of their day, but have kept them celebrities ever since.

It has been suggested to me that some “inside information” about a few of these men would prove interesting to readers of “H. and S.” who follow this sort of thing.

What type of men they were structurally and temperamentally; how they actually trained to accomplish the things that made them famous; what special exercises they favoured (if any); and all those other “behind the scences” items of information that are so instructive to the seeker after muscle and power – if only they can be discovered!

Additional to a reliable memory, I have my tutorial records of these men, so to supply the facts about them is quite easy. Some of this informations, true, has been told before by myself, but there still remains much which will be new to any generation.

What is not so easy is to decide whom to select from the many who have made the top grade in both departments. To make a start, however,  let us choose Arthur Verge, who built up the

that made him world renowned before he was 20 years of age.

Verge, a local boy, joined the Camberwell Club when he was close on 17 years of age. I well remember him when he first came before me for examination and test. Enthusiastic, of the nervily energetic type, but with surprisingly small wrists and hands, ankles and feet, considering the tendency to stockiness of the rest of his physique. This hint of heavy development potentialities notwithstanding, if anyone had suggested that in 2 years this youth (then a few lbs. over 9st.) would be the possessor of biceps each a full 4 ins. above what he was measuring then, he would have been laughed to scorn.

In fact, with wrists girth of barely 6 1/2 ins., it would have seemed a safe bet to make that he could never succeed in developing upper arms of the stated measurement – not if he tried for 20 years!

It is official, however, that Verge did it. These mighty arms of his were measured many, many times by people who had to have this proof to add to the evidence of their eyes before they could believe what had been claimed on his behalf.

From all parts of the country they came to check up on this, and they all went away marvelling. For it is one thing to talk about a pair of 16 1/2 in. upper arms on a 10 st. man, but another thing to see them. And how did they have to be seen? He couldn’t display them simply by rolling up his shirt sleeves in customary fashion. The shirt had to come off altogether for these herculean limbs to be exhibited.

When Verge first joined the C.W.L.C. he was put on special “free exercise” movements of a strong character for a few weeks, after which he was switched to weight training of objective character. He was fast, soon displayed a good sense of “timing” in co-ordinated movement, so was included in a class 1 was then training on the DUMB-BELL- SWING, a very popular lift in those days.

Records then, of course, were low, concentration had only just begun to be made on this lift in the new style, which permitted a bent arm “last stage pull” compared with the former “locked arm sweep” all the way. In less than a month Verge was a record holder on this lift – an extremely meritorious performance for one so young in the time!The breaking of records, however, did not appeal very strongly to the “up and coming” Arthur, and with the exception of his official Two Hand Slow Clow of 152lbs at 10st., he never really exerted himself in this direction! 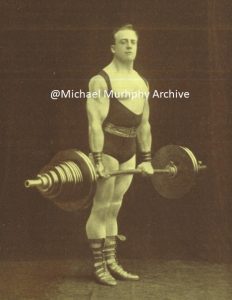 Likewise his 468 1/2lbs. Two Hand Dead Lift – one straight, quick pull all the way, the manner in which it was always done at Camberwell!

It will doubtless surprise many to learn that, although Verge became so good at the official Two Hand Slow Curl, this lift, as an exercise, played but a very small part in building up the measurement to which he eventually reached. On my advice, he devoted far more time to progressive variations of this lift, mainly with dumb-bells.

The most popular of all these with him was “alternate dumbbells curling,” the two movements so co-ordinated as to create a rhythm which would permit of longer effort than normal being made, by reason of the economic use of the forces involved arising from this rhythm.

Verge one day secured a pair of solid 45lbs dumbbells, and these it was customary for him to use at home in addition to the work I mapped out for him at the Club (where, by the way, he invariably practised hard 5 nights a week, 6th and 7th sessions being set aside as “rest intervals”).

When he first commenced to use these bells he could only do them 10 times each arm, 20 movements in all consecutively.

By sticking at it with grim determination, there was to come a time when he could do them 100 times in succession (50 each arm). THAT’S HOW HE GOT HIS 16 1/2 (42CM) UPPER ARMS, shorn of all frills and trimmins.