The True Origin of the Reverse Hyper Machine 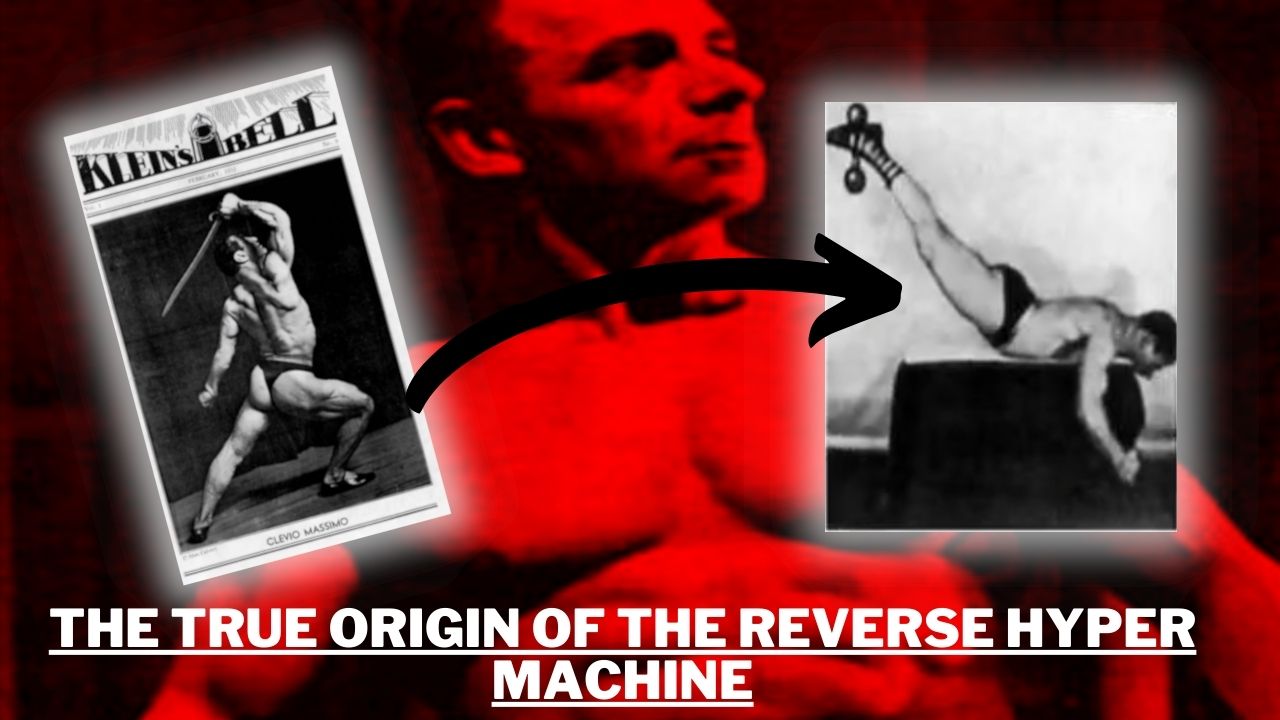 Most powerlifters and weightlifters strengthen their lower back with basic tools (e.g., hyper extension, dumbbell rows, and stiff-legged deadlifts), and there’s a quite expensive apparatus called the “Reverse Hypermachine.” All sources indicate that strength coach Loui Simmons developed and constructed this masterpiece.

I don’t want to encourage you to buy or use it. I am just a blogger, and I do not have enough credibility to give you any health tips. The only thing I can do is publish a great and neutral article on it. The purpose of this article is to give you a retrospective view on it and reveal who used it, and what their thoughts were on it.

Recently, I watched a YouTube video by Mark Rippetoe. He coached over 1K people and is a highly decorated strength coach worldwide! According to him, this machine causes back pain and shouldn’t be used. It forces the spine to move unnaturally.

In Rip’s words, “I used to have a Reverse Hypermachine. I got rid of it. Everybody who used it hurt their lower back on the damn thing.”

On the other hand, there’s writer Paul Leonard, who has been a strength athlete for 35 years; plus, he’s a Certified ISSA Personal Trainer. He benefited from it, and the movement helped him recover from a severe back injury. He published a genius article on it. I linked the article here; it’s necessary read: https://neckberg.com/my-first-year-of-westside-barbell-lower-back-and-abdominal-training/

On physicalculturestudy.com, I read an article entitled, “The History of the Reverse Hyper Extension Machine”. The author figured out that it was already practiced before the Louis Simmons era. Two guys named DeLorme and Watkins published a book in the ‘50s, and they illustrated the true and original reverse-hyper movement. The drawing shows a person lying on a bench, and instead of using weights, he’s using iron boots for the movement.

During my research, I managed to find more athletes who used it earlier; plus, I discovered a genius alternative! It quite interesting for those who don’t have enough money to buy the apparatus. The Reverse Hyper Movement goes back to the time when 20th-century strongmen like Eugen Sandow, Hermann Goerner, and Sigmund Klein conquered the weightlifting world.

I really love reading old books and courses, and recently I read Siegmund Klein’s famous course entitled Klein’s Bell, which was published in 1932. Pictured on the cover is a strongman named Clevio Massino. You will notice his great back development, which is the topic Siegmund writes about.

On Page 16, he discusses the anatomy of the back. According to him, its extremely important to have a strong back—especially for the overhead press movement called “The Two-Arm Continental Press.”

He reports that some strongman who over-pressed weight quite often used to get a “stiff” feeling in the lower back, but Sieg had never such a problem because he had practiced tumbling (i.e., gymnastics) in the past; plus, he performed some strength stunts, which helped him build a strong core and back. In the booklet, Klein outlines a crazy stunt that he used to do when he was an acrobat. He allowed a man to stand on his abdomen, while Sieg was lying down, and his whole body was straight, like a line. He gradually raised the man until his body was arched.

On the next page, he explains a special lower-back exercise that is quite like the Reverse Hyper Movement! He describes it as follows: “Lying on bench with weight tied or firmly held between the feet, raise weight with straight legs (as shown). Lower weight slowly to floor and repeat; inhale raising, exhale lowering.”

The writer Paul Leonard explained in his great “West Side Barbell” article that if you were training your lower back, then you should have trained the opposite muscle group, which would be the abdomen. So, I searched for a booklet in which Siegmund details how to train it.

In the booklet Klein’s Bell, Issue #11, he reveals the secret to abdominal training. According to Sieg, to improve the lower abdominals, ordinary sit-ups will not suffice. He promised that if you were to use his special abdominal exercise, then you would produce great abdominal muscles, which will prove valuable as a guard against muscle rupture.

In Sieg’s words: “Lie on a bench (or use two chairs), firmly clenching a dumbbell between the feet. Raise the legs to perpendicular, keeping the knees straight. If you feel that the bell is likely to slip from between your feet, then strap the bell to the feet. Should this exercise prove too difficult at first, try it lying on the floor. Inhale as the legs are raised; exhale lowering.”

Finally, I found a quite interesting alternative to the reverse hyper movement. You don’t need a machine or weights. Earle Liederman illustrated it in his book Muscle Building, which was published in 1924.

He described the exercise as follows: “Lie on floor on abdomen and interlace hands behind hips. Then raise legs upwards, keeping knees stiff. To make this exercise harder, raise shoulders and head upwards, while raising legs at same time.”

The only machines that bodybuilders love to use are the Preacher Curl apparatus and the Nautilus Pull-Over Machine. I already published great articles on them. They’re a must-read for anybody who loves historical bodybuilding training!

Preacher Curl – Every Champion Used It – Here’s HOW!

2 thoughts on “The True Origin of the Reverse Hyper Machine”