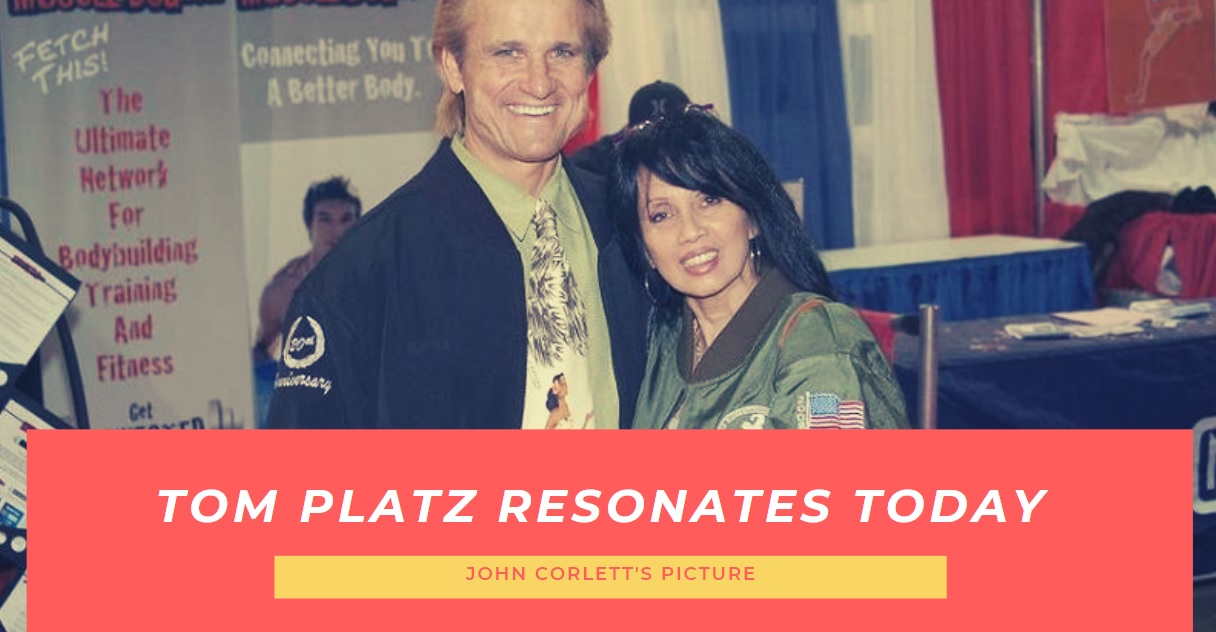 If there was one iconic image of bodybuilding from the 1970s, it would have to be a bicep shot of Arnold Schwarzenegger. The most iconic bodybuilding image of the 1980s has to be the Golden Eagle, Tom Platz and his signature leg development which was out of this world. Tom Platz symbolized so many things that were right for bodybuilding during his era, the midwestern boy who moved to Southern California to pursue his physique competition goals.

Fortunately for us fans, Tom was featured prominently in the Muscle Magazines of his era and recently he has been on podcasts to allow his fans to get updated information as well as his perspective from being a bodybuilding star almost 40 years ago. There are so many indelible images that have been burned into the minds of strength athletes after seeing the pictures of Tom executing a deep, full squat with a large poundage of 400 or 500 lbs and reading the details of how he easily manhandled that weight for double digit reps.

Tom’s story was first told in the periodicals of the 1970s, such as the August 1979 Ironman article on how he won the Mr. Universe title, arguably the most prestigious and hotly contested bodybuilding contest in the world from the 1950s through the mid 1980s. This specific article, which was penned by Don Ross, a man who trained with Platz in the early 1970s in Michigan, where they both began their bodybuilding careers. Platz was the youngest man to become Mr. Michigan, at age 19 when he held that title concurrently with the State Powerlifting Championship as well.

How Platz Trained to Win the Mr. Universe and become a Pro Bodybuilder 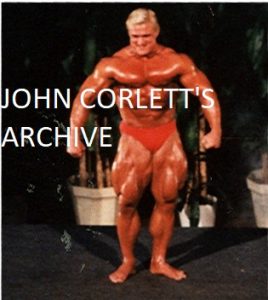 According to Ross, who was known as a hardcore physical culture practitioner, Tom led a spartan life for the two months leading up to the contest, rising before it was light, eating a high protein diet, then arriving at the then famous, now a house, World Gym Venice. Ross detailed how Monday’s morning workout began with 5 sets of dumbbell bench presses using up to the 150lb ‘bells for between 5 to 15 reps. Bench presses were next and supersetted with flys up to 70 lb ‘bells – 5 of these supersets were completed with between 5 to 10 reps. Shoulders were now addressed with upright rows, side laterals, and side cable raises, the first two shoulder exercises for 6 sets of 8 to 20 reps, then the side cable for 3 sets to failure. The workout was complete after six sets of calf raises, going up to 50 reps per set!

After a meal of meat, tanning and business, Tom would be back in the early evening for his second workout of the day, commencing with back work done with chins, bent over rows, and cable rows. Platz’s back work was 6 sets of each exercise for 10 to 25 repetitions per set. Dumbbell pullovers follow next with 4 sets of 10 to 12 reps. More shoulder work is tackled next with presses behind the neck and bent over dumbbell raises. Tom was not shy about volume, doing 10 sets of the presses and 4 sets of the raises- both exercises were done for 10 repetitions.

Tuesday morning Platz trains his arms, abdominals, and calves. He begins the workout with dumbbell curls for 6 sets of 8 to 12 repetitions, going as high as the 65lb bells. Close grip benches are next for triceps, doing 6 sets with up to 300lbs for 8 to 10 repetitions. Next Tom does strict barbell curls for 4 sets and then 4 sets of pulley push downs- both exercises are done for reps of 6 to 15 reps. Wrist curls finish his arm work, with 4 sets of 10 to 15 reps. Abs were next with Roman chair sit-ups, twists, and crunches- all for very high reps- up to 100 on the crunches and the sit-ups until fatigue!

Wednesday, Tom would train his moneymakers-the thighs that made him famous. The description of the workout by Ross sounds business like, with weights of between 300 and 400 lbs being done for anywhere from 25 to 50 repetitions, with only two sets of these mind altering and growth producing sets being done. Next up would be hack squats for 4 sets of 20 reps, leg extensions for the same number of sets and reps, and finally leg curls for 6 sets of 15 reps. Ross wrote that at the end of each leg curl set, Platz would do a 1 minute isometric contraction to totally exhaust the muscle fibers in the posterior leg muscles.

Thursday, Friday, and Saturday Tom would repeat the same body part rotation he did Monday through Wednesday. The work outs on these days use lighter poundages and he may omit or change an exercise all in an effort to avoid the bodybuilder’s mortal enemy – monotony. Platz will work his legs again on Saturday but he would not squat. I guess is mortal after all.

GMV was a production company that released many bodybuilding videos in the 80s, to include one that is uploaded on the YouTube Channel of MrThanos999 in 2015. The YouTube entry is simply titled The Tom Platz video. The video was shot in the 80s and showcases Tom touring England on a seminar junket. He is also profane, yet extremely motivating. The video has some very intense and personal feelings Tom shares, such as describing how he lost half of everything in a divorce, telling the audience to never get married.

Approximately 25 minutes into the video, Platz does leg extensions and then stretches out his legs on the floor- his flexibility is incredible. The form Platz uses on the leg extensions is something that has to be seen to be believed. I would not recommend it to anyone myself. Check it out and decide for yourself.

Catching Up with Tom

Tom appeared on Ric Draisen’s YouTube channel in 2018, with an hour plus interview that has garnered over 100k views. The video opens with Platz detailing how he does squat clinics in Europe as his current wife has identified the squat as his niche.

Another YouTube piece which is excellent is called Tom Platz squats at Gold’s Gym, and it is from the old Powerlifter Video Magazine that was produced from 1993 to 2005. Tom squats with 325lbs and is form is impeccable. He squats very upright, with an emphasis of the quad taking the brunt of the work.

On June 8, 2020, the channel announced that Tom Platz’s new audio book entitled Raw and Uncut was now available for purchase.

Tom has a website that he interacts with his fans and clients along with his wife, Rev Dr Cha. The site is entitled PlatZinum.com. The site is all about self empowerment and is very inspirational.