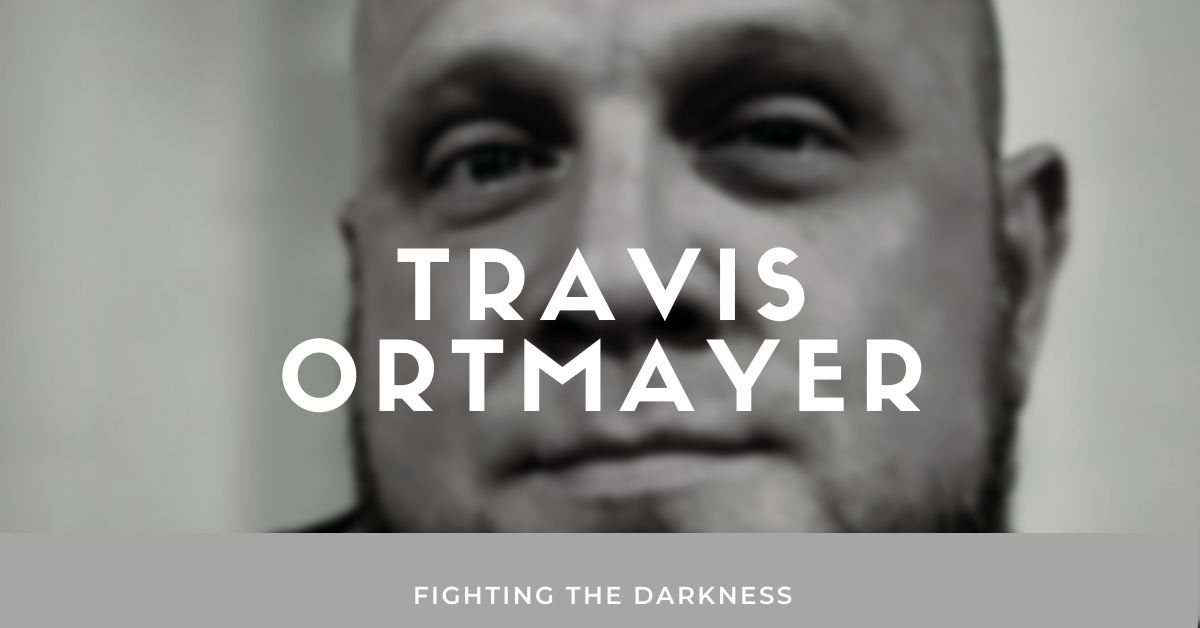 I met Travis Ortmayer once at a Strongman contest in Dallas in 2004. I had the bad experience of being injured in training that summer, but I tortured myself anyways by going to watch the able bodied compete while I let myself heal. At that contest, Travis stood out like a modern day, all American marauder with pierced nipples and a wild look in his eye as he dominated the competition. Over the next 6 years, Travis would achieve great competitive success in the 6 years that followed that hot day in Dallas. Then, Travis was gone- no longer on TV at the World Strongest Man or the International Federation of Strongman Athletes World Championships.

Travis began lifting weights as a fat 11 year old who relocated from Southern California to South Georgia where he was bullied unmercifully. He fell in love with Arnold movies, specifically Conan, and was fascinated by the idea that you could make yourself a better version of you with weight lifting. Travis bought his first bench press from Walmart and his mother supported him by buying him his first weight set.

Travis did two bodybuilding shows while in high school, but he quickly determined that the subject activity of physique contests were not for him. Travis allied with a powerlifter named Marshall White and began training as a powerlifter, entering one meet and bombing out. Next stop was Texas Strongest Man, which Travis did any bested White- he had found his iron sport!

Travis told Loz, that he was willing to die to win when he entered a contest. Travis loves it that during the heat of an event he feels like killing his opponents, but that as soon as he can- he can’t wait to cheer them on, becoming their biggest fan. As Travis was describing his mental approach to the sport, Loz genuinely replied that he was getting fired up to train due to Travis’ infectious personality.

Big Loz begins his interview of Travis with the basic answers to the W’s, who, what, when, where, why, and how did you discover the weights. Loz and Travis are both very easy to listen to conversationalists, but that is not what sets this YouTube interview apart from all the other strength related interviews out there.

Travis’ competitive career peaked with 5th place finishes at the 2008,2009, and 2010 World’s Strongest Man Contest- despite battling a broken ankle at the 2009 event. In addition to those performances, Travis twice came in third at the Arnold Classic Strongman Competition, placed 4th and 5th at the legendary Fortissimus, and won International Strongman Superseries Shows, America’s Strongest Man, and the All American Strongman Contest twice.

Laurence is the consummate professional interviewer, carefully choosing his words yet eliciting the honest answers that few could get. This is no doubt due to the respect Travis has for Loz. Travis told Loz that by 2013 he was unable to train and entered the worst period of his life. Travis’ marriage failed, his wife and three year old son returned to England, and “his life fell apart.” In 2011, after suffering numerous injuries, he began to medicate with pain killers. Travis began taking prescriptions for Vicodin and the muscle relaxant Soma- which intensifies the pain killer when taken in tandem. He soon became addicted as there were many pain clinics in the Houston area, with Travis utilizing 2 to 3 different Doctors at one time to get his drugs.

Travis openly described the hell his life descended into when instead of the 1 Vicodin per every four hours prescription became 10 Vicodins and 5 Somas. Travis said he became a slave to his addiction, with acute mental anxiety. Sadly, Travis fell further into the abyss by getting addicted to crystal methamphetamine and cocaine- which he would inject. As a result of this four year spiral into hell, Travis’ home was foreclosed, he lived in a storage unit, and his entire family gave up on him.

“Everything around me was shit. When you focus on the negative it all goes down hill very quickly.”

It is deeply moving to hear Travis describe how he sat in his bathroom and had his .40 caliber gun in his mouth, preparing to kill himself. As he was freaking out at the thought of making a mess of his head that someone would have to clean up, he looked down and realized his toes still worked and that he could do whatever he wanted in life because he could still move his feet forward. Whenever he felt the negative swirl in his head regarding all he had lost, he would recalibrate his mind by focusing on a positive thing going for him. “At my lowest point, I re-trained my brain to change my life. I would focus on a tiny spec of light called hope that pulled me from the darkness.”

Travis said his son, although they are apart, has always been the one great thing in his life. While they have been apart, Travis has journaled for his son every day so that someday his son will know Travis had not abandoned him.

Travis, who now lives in Reno, Nevada, said in some ways he is currently as strong as he has ever been- citing a recent farmers walk session with 400lbs in each hand. He is recovering from shoulder surgery as well as losing almost 75% of the online clients he coached due to the COVID Pandemic. Travis is an affable and very bright man, who answered all of Loz’s questions in a very straight forward and sincere manner.

Loz is a masterful interviewer who was created to broadcast strength content, now that he says his competitive days are behind him. He closes out this poignant interview with a reminder to all that when you get knocked down, don’t stay there.