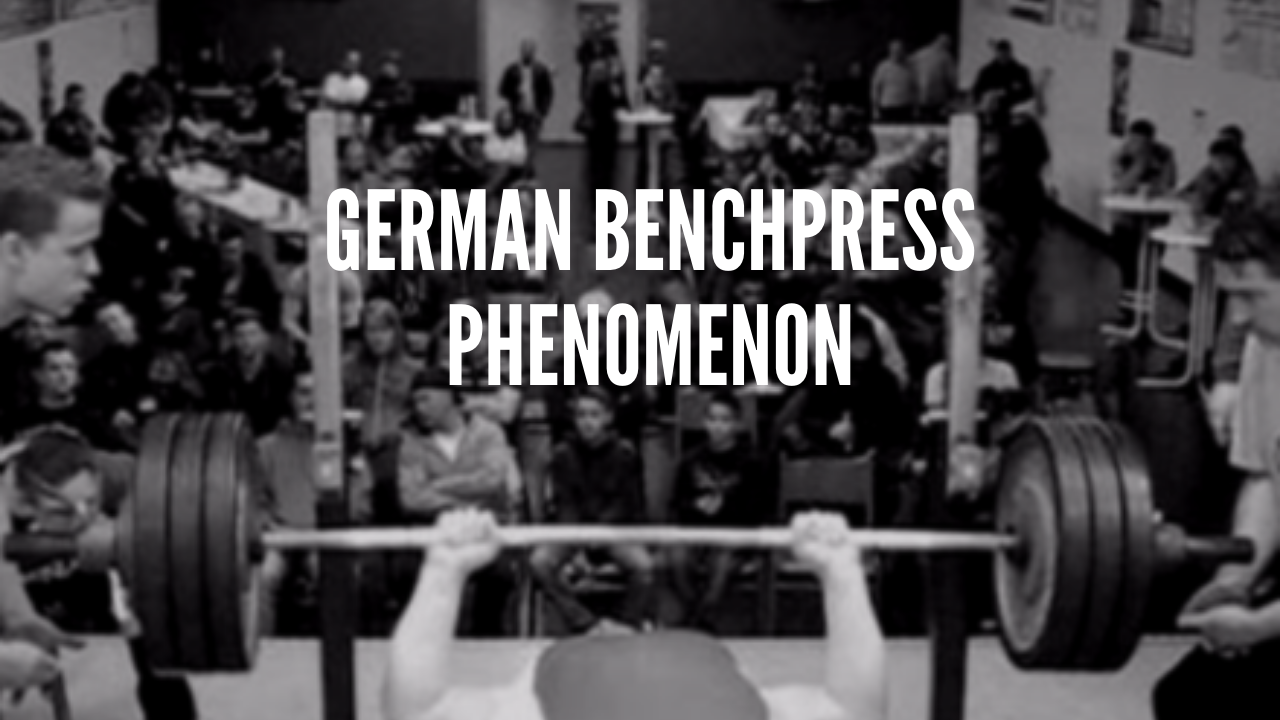 I had the honor of interviewing Walter Kurda, a legend of German strength sports, about his career and training philosophy. Bench pressing is one of his favorite exercises, and he is unchallenged in his age class. At the age of 62, he benchpressed 220 kilos/485lb!

He was born in the year 1953 in the city of Rheydt, Germany. As a kid, he was average, but he thinks that today, talent/sport scouts would have discovered him. Walter studied electrical engineering at the Technical University of Cologne. After successfully graduating, he went to work at the German Aerospace Center.

Walter Kurda said, “As an engineer, my team tested the Airbus 380 there for 30 years. Of course, we also tested many other things from the aviation industry, including the high-speed trains that are now a sensation in China.”

HOW IT ALL STARTED

“I came to sports completely unbiased. No one in my family was active in sports. When I was 13 or 14, I went to athletics training at the sports club, where I played table tennis at the time.

“I found athletics exciting, but I was not talented. Nevertheless, as a shot-putter, I made it into the Best German Youth list in 1969. However, I would not have been allowed to train myself to even come close to this in the men’s class.

“So, I just stayed a finalist in the competitions at the regional level, but that was a lot of fun and gave me a lot of athletic experience. In 1972, I moved to Cologne, and at that time, there was an athletic sport club [German: ASV Köln] with many world-class athletes. I was a member for one year, but I had a feeling that I would be lost there; that’s why I changed to a smaller club, but one that had a particularly good group of throwers/shot-putters.

“At the athletic sport club in Cologne, I started bench pressing for the first time. Once, the Head Coach of the throwers at that time, Dr. Rudolf Hans [coach of many world-class athletes and Olympic participants, who was also a top German athlete himself] said to me, ‘Press.’

“However, I did not continue to do strength-training with dumbbells. In 1974, during the last weeks of my military service, a colleague of mine [also a shot-putter] took me to a gym in Koblenz, Germany. There, I managed to bench press 100 kg [220 lb] for the first time—and without training—but it wasn’t until January 1977 when I started bench pressing in Cologne.

“In the mid-1980s, I could already bench press 200 kg [440 lb] and more in competitions. Rudolf Hans [now Head Coach of the shot-putters at Bayer-Leverkusen] came to me and asked me to introduce him to the world of competitive bench pressing.

“At the time, I was also a member of the oldest weightlifting club in the world, Der Kölner Athleten Club 1882, which, of course, made me proud. Rudolf and I bench pressed about the same weight at that time [200 kg-210 kg/440 lb-462 lb], although I was only half his size, but that is the art [secret]. Pressing/training a lot—even though you don’t seem to be made for it.

“Rudolf unfortunately died early. The other good/talented people in the club didn’t want to continue; they lost the motivation. So, I continued alone, until today. I don’t have any real talent for bench pressing, but I do have a certain hardness and durability when it comes to training.”

“I went there with bench-pressing power [capability] of 190 kg but failed a bit, but I was still happy about taking third place.

“In the photo, you see me with Klaus Dieter Föhrenbach, who just had his most exciting time as a shot-putter. At the awards ceremony, I said to him, ‘For a world-class shot-putter, you sure are a dwarf.’ He had to laugh at that. A few months later, he became the German shot-put champion—even as a dwarf—and was also considered for the Olympic Games.”

I asked Walter several times about his diet routine, and if he drank a lot of milk or ate meat. He said that he doesn’t do anything special, then joked that he’s fat and doesn’t care about his diet!

Walter Kurda said, “I’ve only been a real bench-pressing specialist for about 15 years. I didn’t realize my potential as a young man, but that’s not a bad thing. My goal has always been to do something that most young guys can’t do, not even into their old age.

“Right now, during the lockdown, I had to take off more than three months. At my age, that’s no fun at all. So, it will be exciting for me to see how far I can go again soon.

“Of course, I don’t know how to train optimally, but neither does anyone else. What I do know—after several decades in the gym—is how to train completely wrong. I’m always particularly amused when young, healthy guys who look like they could pull out trees tell me that they must recuperate for a week after a bench-pressing session, which I wouldn’t even call a warm-up routine after a long break.

“So, I prefer daily training to the hilt, in terms of intensity, which means always max weight, and never more than five reps. It only works for me in the repetition range of 1-3 reps. Again, people are always whining that it would be too stressful for them. Of course, the opposite is the case.

“Also, for me, a good training session is only when I go into training completely tired and listless, then lift maximum weight for an hour. Then, I go home completely elastic and relaxed, even downright recovered. I say this in the direction of people who think that ‘sore muscles’, ‘burning’, ‘pump’, and whatever else there seems to be, are a sign of successful training.

“What is completely underestimated by colleagues are the set breaks. Three, five, eight, 10 minutes, depending on the load. When I developed the ambition to do one attempt with 200 kg 20 times during a training session [of course, with a supervisor and a safety stand], the rests were 5-8 minutes long. However, after the procedure—which has brought me considerable strength gain—I was still completely refreshed and could do it again directly the next day.”

“Unfortunately, this did not work, but the entire year, I managed to bench press 200 kg daily! Throughout 2017, it didn’t so go well anymore, but that is quite normal.

“Then in the summer, it became increasingly difficult to reach the 200 kg, or even 190 kg. At the end of July, I still managed 200 kg, but I had already had a heart attack, which was completely painless, and so I was not aware of it.

“A reason for this could be that since 2010, I have suffered from a chronic metabolic disease, which is not exactly funny.

“After examination, they said it was a heart attack. They wheeled me into the cardiac catheterization laboratory and wanted to push a cardiac catheter through my right arm. That went completely wrong. Throughout the day, the tissue on my arm began to die off, and I was quickly taken to the Cologne University Hospital. There, I had an emergency operation, with the advice that I might never be able to use my right hand again.

“Five days later, I had a heart operation there, and it was quite a difficult one. Normally, even the 80-year-olds are, like, happily jumping around again after a few weeks. With me, it took months. After several weeks, I went through a long rehabilitation. There was a 75-year-old woman who beat me at TheraBand pulling.

“Then I had another setback and had to go back to the hospital. My creatinine values—which are normally at 200—were at 3,000, which may have been caused by the heart medication. Afterwards, again, I had a new beginning and continued to press 187.5 kg, with the goal of 200 kg.

“I have shoulder degeneration, of course. My x-rays look very scary. Both joint balls have been out of the socket for ages. Thus, there is also substantial cartilage abrasion. Fortunately, though, I can still bench press. Incline bench presses, standing presses, and other exercises are no longer possible. It is often difficult to even take a cup out of the cupboard in the kitchen.

“I was lucky with my right hand. I had no feeling for many months. My hand was completely unusable. Even the simplest household tasks were not possible: writing, moving the computer mouse, and, of course, driving a car. Very, very slowly, it got better. Now, it is restored to about 80%.”

“After my serious heart surgery, and the loss of sensitivity in my right hand [due to a complication during the heart surgery], everything has, of course, become much harder for me. I only say this because I always laugh when young, healthy guys tell me that they must recover from a harmless workout for 3-4 days.

“How long will I do this nonsense? For as long as we live and breathe, we must lift!”