Westside Barbell’s Best Bench Pressers of the 1990s and 2000s 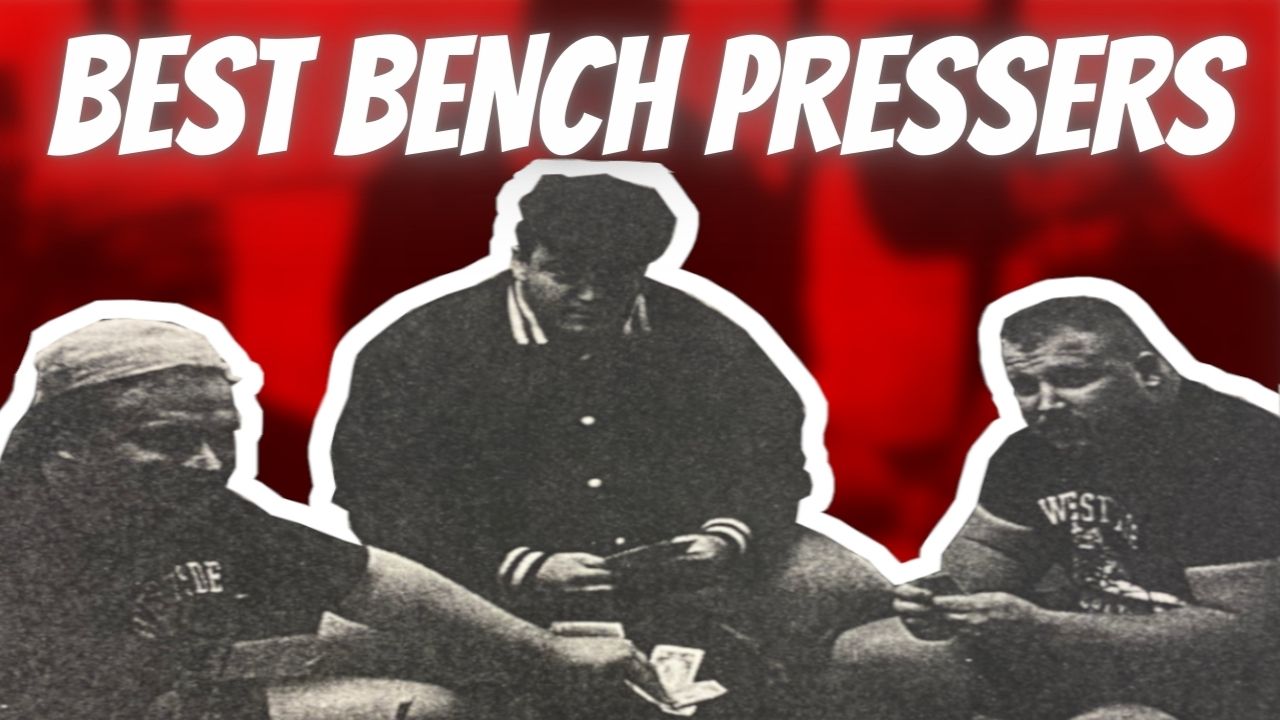 When I started following Westside Barbell in 1993, they released a bench press secrets tape on which Louie said their best bench was Matt Dimmel’s 575lb effort. Beginning in 1994, Louie had monthly articles in Powerlifting USA Magazine and many of them described how Westside Barbell trained their bench pressers.

One of the earliest articles which influenced many was an article entitled, “Three of a kind” in which Louie introduced George Halbert, Kenny Patterson and Jerry Obradovic all benched 600lbs as Juniors (age 22 or younger) in a contest. Additionally, Westside and Louie had a rule that you could not just be a bench presser if you wanted to represent Westside and get on their board- you had to have totaled elite in a three lift, powerlifting meet. All 3 of these juniors had officially totaled elite in a meet.

George Halbert and Kenny Patterson would go on to set numerous all time world records- with Kenny winning the prestigious Greatest Bench in America held in Dallas, in 1995, while George went on to set 10 all time world records on the bench. During the 1990s, bench press only meets became extremely popular, with almost as many bench meets being held in the U.S. as full meets.

The Arnold Classic in Columbus, Ohio had the biggest bench press meet in the world- and being in Westside Barbell’s back yard, this inspired amazing bench press performances by Louie’s lifters. Louie’s bench articles would highlight each bench press star and what their favorite max effort bench press variation was as well as some of the amazing performances in those exercises. Because he had so many bench press stars at the time, there were so many great performances to highlight.

Louie was also great about highlighting star benches who did not train at Westside, but inspired its lifters. Some great benchers who Louie wrote about were Glen Chabot, Clay Brandenberg, Jesse Kellum and Shawn Frankl at Big Iron- which was Westside’s main rival gym in the 2000s.

World Record Holders Kenny Patterson and Rob Fusner did 615 during this session. This video proved that although Westside had a number of lifters who just focused on the bench, all of Westside’s top level lifters were very good at the bench. Also, although these lifters competed in bench press shirts, they trained raw most of the time.
Westside Barbell had world class bench pressers in almost every weight class from the 181s with Jason Fry, in the 198s Joe McCoy, George Halbert and Arnold Coleman, Kenny Patterson at 242 and 275, and Rob Fusner at 308.

In 2020, Louie Simmons created a YouTube video in which he described how Kenny Patterson could bench 640 raw at the time he held the world record of 728 in a shirt. Louie described how George Halbert had a raw bench of 625lbs at 230lbs body weight and Rob Fusner could raw bench around 600lbs when he was benching 700 lbs in a shirt. Louie also said that he had a raw bench off and did 315 raw for 23, Kenny did 26 reps, but George did 40 reps!

In the 90s, the typical Westside maximum effort bench press cycle was a floor press, various board presses, steep incline benches, power rack lockouts, decline bench press, and the lightened method. As bands and chains became popularized by Westside, these accommodating resistance devices were added to the max effort exercises to prevent accommodation.
One bench specialist who was very popular in the late 90s was JM Blakely, who had a tricep exercise named after him. Louie would mention JM in some articles but JM wrote his own articles for PLUSA and sold his own videotape about the bench press.

I highly suggest you purchase any DVDs sold by Westside as their classic VHS tapes have been converted and are sold by Westside Barbell.com. I believe they are also sold via digital downloads. For me, the original Westside Barbell Secrets and Workout videos they sold were the best investment I ever made in my lifting career. When I received the tapes in 1993, my best bench press was 385. In 6 years, I benched 534 and became the US National Champion and Best lifter.